Most of us use credit and debit cards as convenient cash substitutes.

Instead of reaching for wads of cash stuffed in pockets or purses or a paper checkbook, we simply whip out plastic to pay for almost everything or every service we need or want. Even micro businesses use mobile devices as mini non-cash registers to complete transactions. 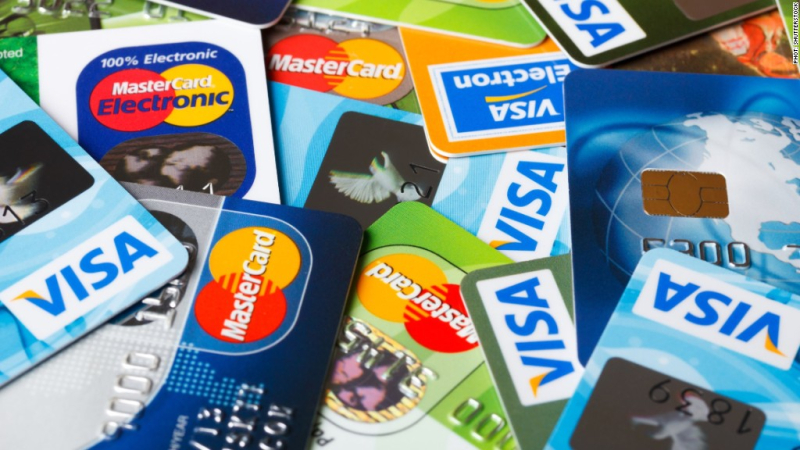 Yet most countries still print money. And those actual bills remain important to many.

Some eschew credit cards for security reasons. They're afraid of become an identity theft victim.

Similarly, others like the anonymity of a cash exchange for personal as well as financial reasons.

Currency's symbolism also often is an emotional matter. Just look at the recent battle over redesigning some U.S. bills that ultimately reaffirmed Alexander Hamilton as our and Broadway's 10-dollar founding father.

A couple of countries, however, are formally moving away from cash. And taxes are part of the reason.

Rupee repudiation: Indian Prime Minister Narendra Modi on Nov. 8 gave his citizens only a few hours to spend or deposit 500 and 1,000 rupee bills before they were abolished.

Ultimately, holders of the large denominations were given a reprieve. India now says it will allow a more gradual conversion to new notes.

One key reason for the abolition of big bills in India? To thwart the country's black market that makes tax evasion way too easy.

The shadow economy problem in India is pernicious, write Swati Bhat and Rahul Bhatia in a recent Reuters article. Financial transactions outside formal channels amount to around 20 percent of India's annual $2 trillion gross domestic product, according to investment firm Ambit.

The global investment banking and diversified financial services group Macquarie Group estimates that the Indian government's plan to withdraw higher denominated bill from circulation could raise $30 billion in additional tax revenues from. That would make a major dent in the country's $80 billion deficit.

Swedish cashless transition: Meanwhile, Sweden already is well on its way to a cashless society.

Since 2009, cash circulation in that Scandinavian country has plunged from 126 billion Swedish crowns, or kronor, to 77 billion last year, according a recent New Yorker story.

In 2013, Sweden eliminated its largest-denomination bill and public demand for its second-largest bill, the 500-krona note (about $60 U.S.), fell off soon afterward, writes Nathan Heller in his Imagining a Cashless World article for the magazine's Oct. 10 issue. By 2014, notes Heller, only a fifth of Swedish retail transactions were being conducted in cash.

While voluntary public acceptance of an increasingly cashless society is a major reason for Sweden's currency shift, it also provides the additional benefit of reducing off-the-books transactions.

And that means that Swedish tax collectors get more of what they are legally due.

In his book "The Curse of Cash," Rogoff argues for phasing out paper money in the United States, starting with big bills. "Paper currency has become a major impediment to the smooth functioning of the global financial system," writes Rogoff.

Why start with the bigger bills? For the same reason that India is doing away of its largest denomination.

Rogoff says that about 80 percent of $100 bills, or around $1.34 trillion, is held outside of financial institutions at any given moment. And much of these invisible Benjamins, argues Rogoff, must be paying off-the-book wages.

That, in turn, means that the Internal Revenue Service is missing out on its cut of big buck transactions every April 15. "The most recent IRS estimates indicate a tax-payment shortfall of $460 billion dollars a year, a disparity that's transferred to those who pay," writes Heller in the New Yorker.

Cash will remain U.S. king: Regardless of the economic and tax benefits of a cashless society, don't look for America to drop its dollars any time soon.

Heller says that for Americans, who lack the institutional trust of the Swedes, going without cash feeds paranoia.

Rogoff believes that the prickliest details of a cashless transition would rise from the de-facto regulation it prompts. Suddenly, small-scale marijuana purchases and the like, mainly overlooked to spare an overburdened penal system, would become conspicuous. Negligible tax evasions of the babysitter variety, less rewarding for the I.R.S. to pursue, would emerge. Do Americans, fetishists of self-invention and self-interest, want that much clarity?

Still, digital conversion in our daily lives is helping make literal money a moot point, at least for millions of consumers.

And that eventually should help in the IRS' tax collection efforts.

Do you use cash on a regular basis? If not, how do you pay? Use a credit or debit card? Pay electronically from your mobile device? Would you miss not having some cash in pocket?