AMT exemption amounts, Social Security wage base bumped up in 2017

Welcome to Part 7 of the ol' blog's series on 2017 inflation adjustments.
You can find links to all 2017 inflation posts in the series' first item:
Income Tax Brackets and Rates.
Today we look at changes to the Alternative Minimum Tax exemption amounts,
as well as the previously announced increase in the Social Security wage base.
Note: The 2017 figures apply to 2017 returns that are due in 2018.
For comparison purposes, you'll also find 2016 amounts to be used
in filing 2016 returns due next April. 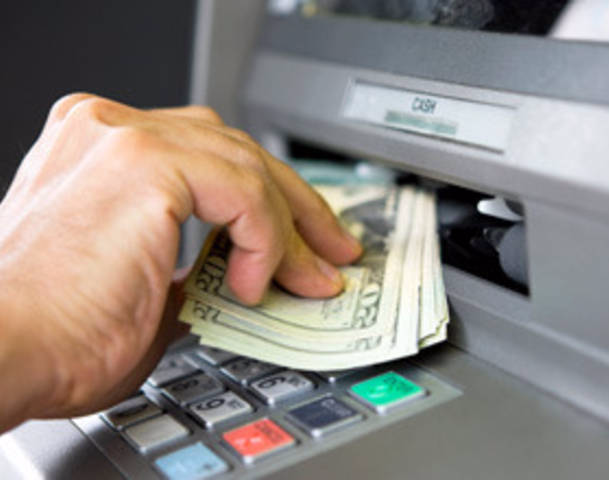 The AMT, or Alternative Minimum Tax, forces some taxpayers to do extra work to pay more taxes. That's why some folks say the AMT is essentially an ATM for the Internal Revenue Service.

The Internal Revenue Service's focus at tax time is how much we made. It is, after all, called an income tax.

But some other income issues also are important at tax time and are affected by inflation.

Technically, the wage base isn't indexed for inflation. Rather, the Social Security Administration uses a specific formula to set the maximum taxable earnings level when a cost-of-living adjustment is effective so that Social Security benefits can keep pace with, wait for it, inflation.

Those income levels are the maximum amount from which the 6.2 percent Social Security tax is collected.

And once you earn more than the wage base, your boss will stop collecting the 6.2 percent Social Security tax from your pay.

No Medicare max: A quick note on the other part of the payroll tax, the Medicare portion of FICA, or the Federal Insurance Contributions Act.

This is an additional 1.45 percent from your pay, also matched by your employer. But unlike the Social Security tax, there is no  limit on the amount of your earnings subject to the Medicare tax.

Regardless of how much you earn, you and your employer will each keep paying that 1.45 percent tax.

One more payroll tax note. As part of the Affordable Care Act, aka Obamacare, there's also a 0.9 percent additional Medicare tax on employees who earn more than $200,000 as single taxpayers or $250,000 if married filing jointly. This Medicare surtax is not matched by employers, but is paid only by the affected workers.

So keep an eye on your earnings. While it's never fun to pay more taxes, at least if you do, it means that you're doing pretty well pay wise.

AMT's "rich" history: But wait. There's more. And by more, I mean more of a chance that the IRS could snag a bit more of your earnings thanks to a special income tax.

The Alternative Minimum Tax, or AMT, is a parallel income tax that requires many taxpayers to compute their tax bills twice. First, they use the standard rules to fill out their 1040s. Then they use the AMT guidelines. And they pay the higher amount of those two calculations.

The idea for the AMT was born in 1969 in reaction to a few rich taxpayers -- and by few, I mean a few: only 155 taxpayers -- who back then avoided paying any tax. As originally enacted, the income levels at which the AMT kicked in were not indexed for inflation.

Today's AMT we know (and yes, hate) has two rates, 26 percent and 28 percent, that apply to earnings after you add back some tax breaks you can claim under regular tax filing. Among the tax breaks disallowed under AMT are the state and local tax deduction and dependent exemptions.

Avoiding AMT tax trouble: Will you have to do the extra AMT tax math? The first indicator is your earnings. If you make less than the AMT annual exemption amount, you're OK.

Thanks to the 2013 enactment of the American Taxpayer Relief Act, those AMT amounts are now indexed for inflation.

Inflation adjustments for the 2017 tax year bump up the AMT exemption amounts to:

Form 1040 and 1040A instructions have a worksheet you can use to see if you owe AMT. Yeah right.

OK, then try the IRS' AMT assistant. This online tool basically takes the worksheet electronic. The IRS hasn't updated it yet to reflect the 2016 data, but now that the 2015 filing season is totally over, the agency should get around to tweaking its website for the current tax year.

And, of course, if you use tax software like most of us do, it should tip you off if you might face the AMT.

Here's hoping that the inflation adjusted exemption amounts will keep you out of the AMT for both 2016 and 2017.