Nov. 8 is a big day for tax-related ballot measures 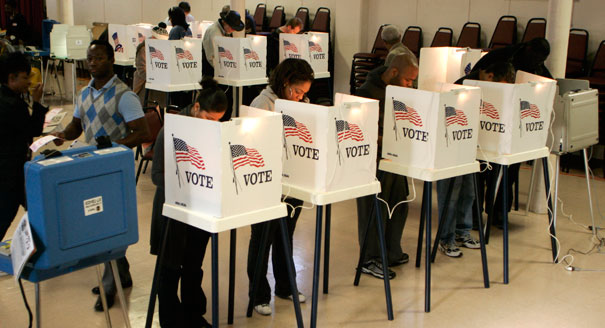 Do you know where your polling place tomorrow is? If not, HeadCount can help.

While that's the biggest decision, millions of folks across the country also will have a voice Nov. 8 on a variety of consequential issues via ballot initiatives.

Ballotpedia reports that this Election Day, there are 162 statewide ballot measures in 35 states. Eight measures were decided in pre-November elections, leaving 154 measures to be decided tomorrow.

Politicking for pot, other smoking taxes: Marijuana always gets a lot of attention at election time. (I still blame "Reefer Madness" for the fixation.)

Whether to legalize pot for recreational use and tax it is on ballots in Arizona, California, Maine, Massachusetts and Nevada.

But there are myriad other tax-related questions voters will be asked to answer tomorrow, including the possibility of tax hikes on slightly less controversial smoking products.

One of them is California, the state that gave us the first tax ballot initiative, Prop 13, back in 1978. This year, Californians are facing 17 ballot questions, the most of any state.

Among the issues is a proposal to increase the Golden State's cigarette tax by $2 per pack, bringing the total tax on this less controversial inhaling up to $2.87 per pack.

Taxing the wealthy: Then there are the state initiatives to address, in part, this election's larger political issue of income inequality.

Voters in California, Oregon and Maine will decide on state tax increases on their wealthier residents and corporations.

Service sales tax backlash: Missouri voters tomorrow will be the first in the nation to decide whether to amend their state constitution to prohibit sales taxes from being expanded to services. If approved, taxing jurisdictions would not be allowed to tax things such as auto repairs, haircuts, legal work and financial accounting.

The proposal is the Show Me State's way of fighting back against efforts nationwide to extend taxes beyond goods.

Traditionally, sales taxes have provided the financial foundation for state and local governments. They are collected in 45 states and more than 10,000 local jurisdictions.

Only a few states, however, currently charge sales taxes on a wide array of services.

But as states have struggled to balance their budgets in recent years, many have begun exploring the collection of sales taxes on services. It is seen by many lawmakers as the easiest way to shore up their treasuries as the service-based economy continues to grow.

Carbon and cola taxes, too: Washington State also is asking its citizens to OK a carbon tax. If passed, the Evergreen State would become the first state to impose such a pollution tax.

Across the country, both sides of the climate change battle are closely watching to see if the Washington ballot initiative will herald national efforts implement higher taxes on fossil fuels.

And just down the Pacific Coast, San Francisco is trying again to get its residents to institute tax on a sugar-sweetened beverages tax. The city's 2014 ballot effort failed.

This time, supporters of San Francisco's Prop V have tried to make the drink tax more palatable proposing the 1 cent per ounce tax be collected from distributors, not consumers at the retail level.

Ballots issues across the U.S.: Do you have some ballot matters to decide tomorrow? If you're not sure, the interactive map below, created by Graphiq using Ballotpedia data, offers guidance.

Regardless of how you vote on the initiatives in your area or the candidates at local, state and national levels, vote!

It's the only way to get (maybe) what you want.