Did you watch the vice presidential debate? 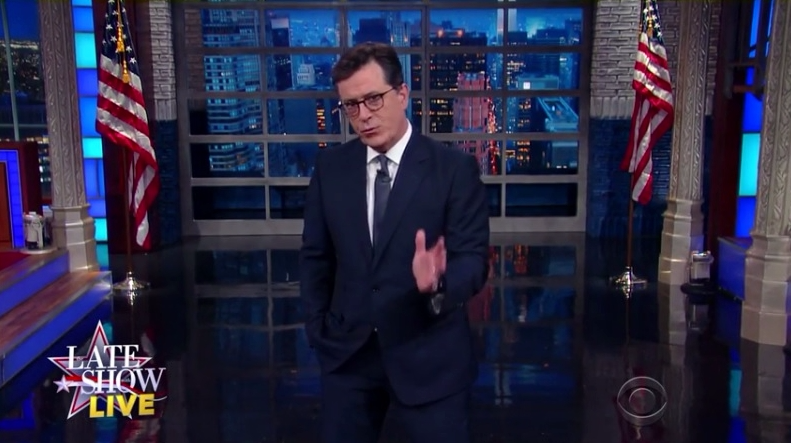 Stephen Colbert took advantage of a live broadcast of his Late Show on Tuesday night to skewer the vice presidential candidates and some of their, uh, highlights during their lone debate. Click image to watch the YouTube video.

Or were you disconcerted by the Freaky Friday nature (your choice, the original Jodie Foster 1976 flick, or the 2003 remake with Lindsay Lohan) of the event, where Democratic VP candidate Sen. Tim Kaine was very Trumpian, on the offensive and interrupting a lot, while Republican VP candidate Gov. Mike Pence was controlled in much the same way as the top of the Democratic ticket.

Some tax talk: As expected (and predicted in my VP debate preview), Republican presidential nominees Donald Trump's taxes did come up as part of Kaine's attack.

"Senator, do you take all the deductions you're entitled to? I do!" Pence retorted in response to the attack.

On Kaine's part, he insisted, "So it's smart not to pay for our military, our veterans and our teachers? And I guess all of us who pay for those things are stupid."

New catch phrase: The key exchange, however, at least as far as the internet was concerned, came when Hillary Clinton's running mate challenged Trump's attitudes toward women, immigrants and veterans.

"When Donald Trump says women should be punished, that Mexicans are rapists and criminals, or John McCain’s not a hero, he is showing you who he is," said Kaine.

Will #thatMexicanthing endure in the veep debate lexicon, along with "no Jack Kennedy" and other debate zingers?

Only time, and perhaps the Nov. 8 election results, will tell.

More VP info: If you want to know more about the vice presidential candidates, you can check our my prior posts:

If you missed the debate -- and it looks like a lot of folks did; when the 37 million viewers were less than half those who tuned in for the first presidential head-to-head of 2016, putting this year's veep showdown on pace to become the lowest rated VP debate since 2000's showdown between Dick Cheney and Joe Lieberman -- you can watch the Kaine-Pence video. (thanks, Wired).

Prefer to read? The Los Angeles Times has provided an annotated transcript.

And if, in watching the replay or reading the remarks, some Kaine or Pence comments make you go "whaaa…," you can get the straight scoop thanks to fact checking by USA Today, CNN, NPR and the Washington Post.