Would a tax break be enough to change your shopping habits? One Scandinavian country is hoping to test that theory, and possibly permanently reshape consumers' attitudes, when it comes to many common household goods. 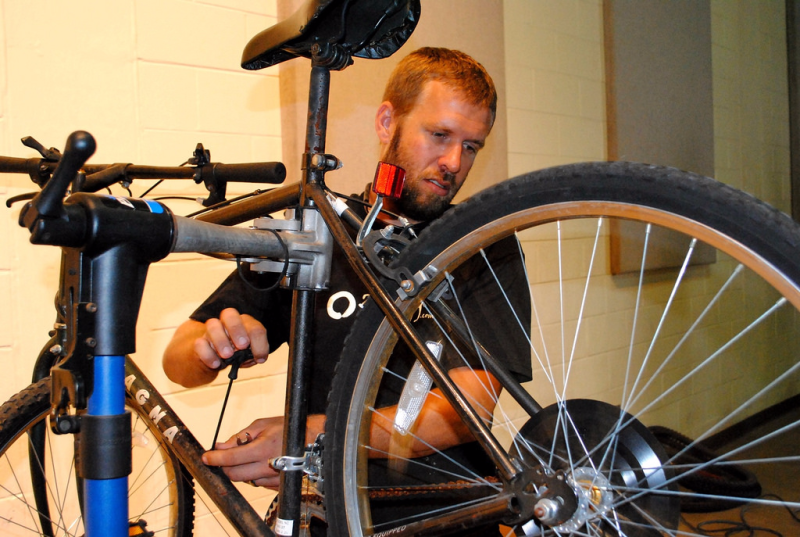 It's not a new idea. Taxes have been used for, well, forever to try to encourage or discourage certain behaviors.

That's why we have sin taxes on things most of us agree are not good, like smoking.

And that's why we get tax benefits for actions perceived as beneficial, such as saving for retirement.

Taxes by any other name: Government levies to dissuade certain actions are known as Pigovian taxes.

As for tax rewards for taking what are seen as more positive actions, Swedish finance official Per Bolund calls it "nudging."

And he and his fellow Swedish leaders are hoping to implement both Pigovian taxes and some gentle tax pushes to when it comes to the purchase and replacement of many common consumer products.

Basically, Sweden wants to get away from a disposable mindset and get its citizens to consider repairing products instead of replacing them.

Tax breaks for repairs: To do that, the ruling Social Democrat and Green parties in that Scandinavian country have proposed slashing value added taxes (VAT) by more than 50 percent on repairs to bicycles, clothes and shoes, along with providing a tax break for expensive repairs to fridges, dishwashers and washing machines.

Meanwhile, buying new large appliances and computers would become more expensive, thanks to a so-called chemical tax that would be added to those produces to cover the environmental cost of substances used in them and which are hard to recycle.

Boland, Sweden's Minister for Financial Markets and Consumer Affairs, supports the consumption tax break/tax punishment approach as a way to solve the problems of sustainability and the environment.

"From my point of view, it's not necessarily about consuming less, but more looking at what we consume and how," Boland told The Local.

Tax costs, benefits: The proposed legislation would cut the tax on repairs of bikes, clothes and shoes from 25 percent to 12 percent.

Swedes also would be able to claim half the labor cost of appliance repairs from their income tax. Even better, they wouldn't have to do any extra tax computations.

There's no need to save the receipt for, say, the cost of having a refrigerator repairman's work done on your old appliance and then using it when you file your Swedish return. "It's even simpler," says Bolund. "It's deducted from the bill directly when you pay for the labor."

These two tax cuts would cost Sweden a combined $54 million a year.

But, say tax advocates, that lost revenue would be more than offset by the estimated $233 million expected to be raised by the new chemical tax.

Some of that added money would go toward a publicity campaign to encourage people to repair their things more often.

U.S. tax long-shot: Such an approach would have a tough time here in America, and not just because of our general antipathy toward taxes.

The U.S. economy relies heavily on consumers always wanting the newest and shiniest products on the shelves.

It also would be harder to implement here, since we don't have a national sales tax analogous to Europe's VAT, although during the Republican presidential primary season, Sens. Ted Cruz of Texas and Ron Paul of Kentucky suggested some type of VAT in their tax proposals. In the interim, we could perhaps look at an excise tax on major appliances.

But it could help on the jobs front. A fix-don't-replace system would mean more jobs for the technicians who would be refurbishing our broken products.

Because of the skill and training involved, those jobs likely would pay more than the standard big box sales associate salaries. And the Mr. and Ms. Fix-It's earnings would mean more income taxes for the IRS to collect.

Getting any new taxes through the U.S. Congress, however, is always tough, even on those rare occasions when most folks agree they serve valuable purposes.

It will be interesting to see if Sweden can push this tax package through (it's expected to part of the budget proposal presented in December) and how it turns out (if approved, it would become law on Jan. 1, 2017) in practical application.