Donald Trump kicked off his ultimately successful bid for the 2016 Republican presidential nomination with an attack on Mexicans who enter the United States without proper authorization. 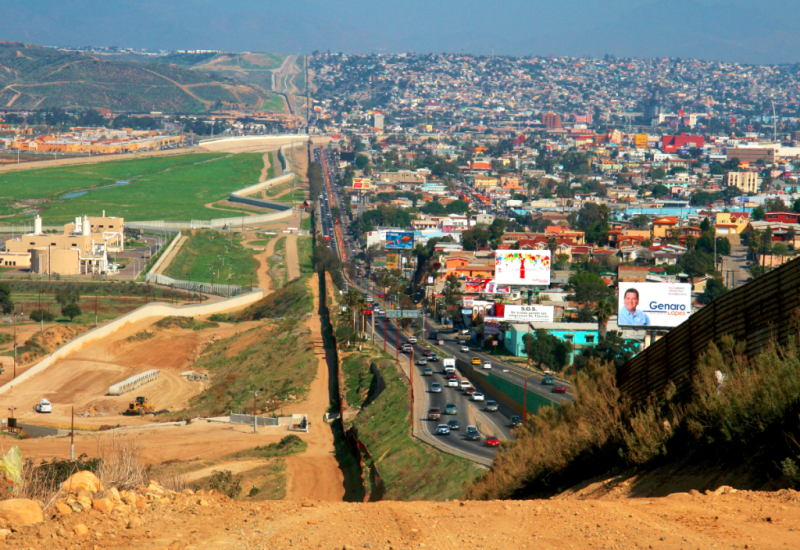 A small fence separates densely-populated Tijuana, Mexico (right), from the San Diego, California, sector of the U.S. Border Patrol. The building in the foreground on the San Diego side is a sewage treatment plant built to clean the Tijuana River. (Photo by U.S. Army Sgt. 1st Class Gordon Hyde via Wikipedia)

Although he's vacillated at times as the campaign has progressed, many Trump supporters are still firmly behind his initial call for a stronger wall along the full U.S.-Mexico border and deportation of undocumented Mexican nationals.

On the Democratic side, Hillary Clinton has vowed to seek comprehensive immigration reform that includes a path to full citizenship.

Tax dollars out and in: As in most political debates, cost is a central factor in the immigration argument.

"Illegal immigration costs our country more than $113 billion a year," said Trump during a campaign stop in Arizona back in August. That figure apparently comes from a 2013 report issued by the Federation for American Immigration Reform (FAIR), a group that wants to limit immigration.

Of that total cost figure, FAIR’s report says state and local governments bear most of the financial burden, around $84 billion a year.

Yes, adding people to a population does increase the costs of government services provided those folks, regardless of how they arrive.

However, another study says undocumented immigrants do contribute to state and local coffers.

State and local governments collect more than $11.6 billion a year from undocumented immigrants, according to the Institute on Taxation and Economic Policy (ITEP) update of its 50-state study.

Extrapolation of those figures by ITEP shows that those taxes paid by the 11 million undocumented immigrants in the United States would increase by more than $800 million if Obama's order was allowed. The collections would jump to more than $2.1 billion under comprehensive immigration reform, argues ITEP. 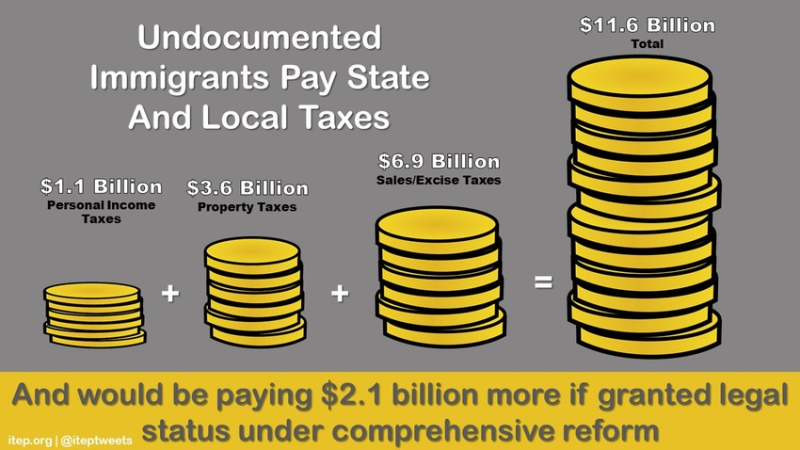 Federal, Social Security taxes, too: While the ITEP report focuses on the state and local tax ramifications of immigration reform, the group says its findings mirror those at the federal level.

Full immigration reform at the federal level would decrease the deficit and generate more than $450 billion in additional federal revenue over the next decade, according to a 2010 report from the non-partisan Congressional Budget Office.

Every year, the Social Security Administration collects billions of dollars in taxes that it doesn't know who paid, reports The Atlantic. That money, unable to be matched to W-2 forms, gets sent to the Earnings Suspense File, where it sits until people can prove the wages were theirs, allowing them to one day collect retirement benefits.

If unclaimed, it eventually goes to the Social Security Trust Fund.

ITINs for undocumented taxpayers: While the immigration debate has mostly played out generally under the radar (except at Trump rallies) as the 2016 campaign for the White House, the issue hasn't escaped Internal Revenue Service notice.

ITINs are used by people who need to file a federal tax return, but who aren't eligible for a Social Security Number. This means, among others, undocumented workers.

And yes, it happens. In addition to the studies reporting such tax payments by folks who aren't legal U.S. residents, I know tax preparers here in Texas who work with undocumented folks to help them meet their federal (since there's no state tax in Texas) tax obligations.

These folks, say my tax pro pals, want to contribute to the place they now call home. It also could help then attain legal status if/when immigration laws are changed.

Recent ITIN rule changes: The IRS notice regarding ITIN apps comes in the wake of the Protecting Americans from Tax Hikes (PATH) Act of 2015, known by tax geeks as the tax extenders bill.

A provision in PATH, which was signed into law last December, says that any ITIN not used on a federal tax return at least once in the last three years will no longer be valid for use on a tax return as of Jan. 1, 2017.

The IRS says that taxpayers who have ITINs that will expire under the new tax law but will need the tax ID digits to file a 2016 return next year need to apply for their renewals now.

By submitting the application package in the next few weeks, says the IRS, ITIN taxpayers may avoid unnecessary delays and allow for smoother and faster processing.

Who should renew an ITIN: The need to renew an ITIN applies primarily to ITIN holders who plan to file a tax return in 2017, but whose tax ID number will expire per PATH.

But, says the IRS, another group of ITIN owners also need to renew now.

Affected filers 78 and 78 ITIN number owners should have received or will soon get a letter from the IRS -- more than 300,000 were mailed -- about the need to renew their ITINs.

Those who get the renewal letter also can choose to renew their entire family's ITINs now, even if family member ITINs don't have the middle digits 78 or 79. Family members eligible to sync up their ID numbers include the affected ITIN tax filer, his or her spouse and any dependents claimed on the tax return.

How to renew an ITIN: Renewing an ITIN starts with filling out Form W-7 . 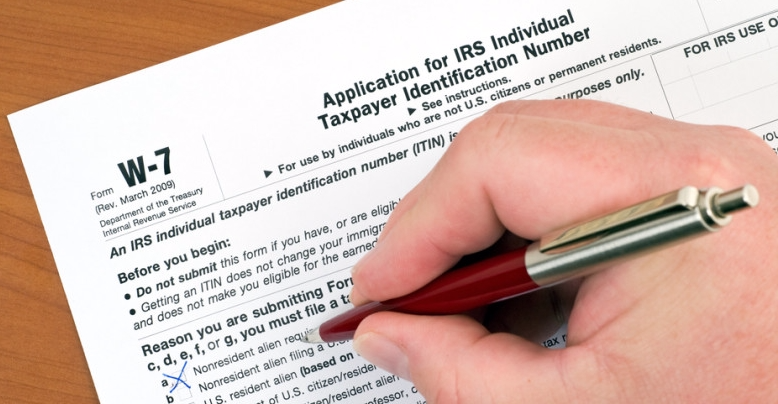 The IRS doesn't care about the source of your income (ill-gotten gains are still taxable) or your immigration status. The federal tax man just wants his share of your money.

Send it and required documentation to the IRS, either by:

Note, too, that you also must include your reason for needing an ITIN on the Form W-7.

Get more info: If you need an ITIN or renewal and still have questions, you should check out the IRS' ITIN online information page.

There you'll find, among other info, an FAQ page, details on the PATH rule changes and links to forms and instructions.

Sorry for the extra hassle this year to file your 2016 tax returns. But the IRS and your fellow taxpayers thank you for doing your civic tax duty.