While the two major party presidential candidates have focused on corporations' overseas tax strategies, the Internal Revenue Service has been keeping an eye on individual taxpayers and their offshore accounts. 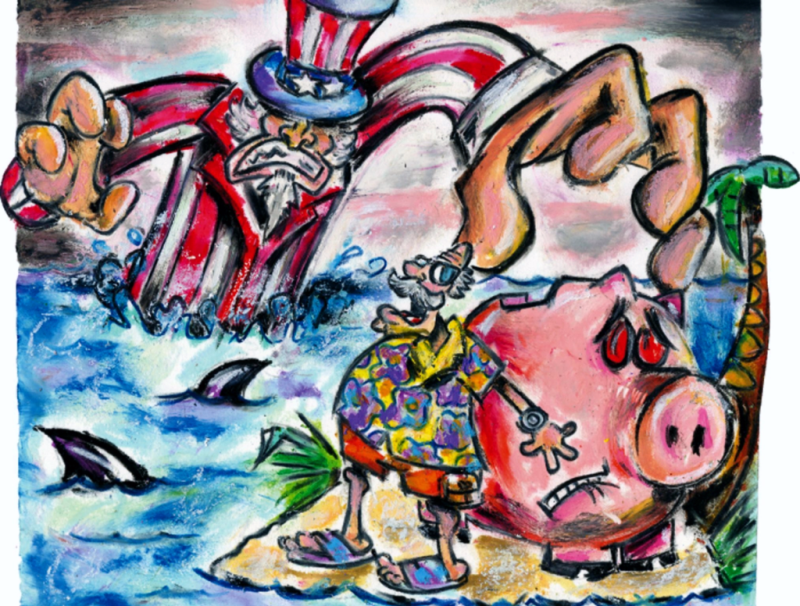 Regardless of whether you call them tax havens, tax shelters or offshore accounts, they all mean $$$ for the IRS.

And the IRS likes what it sees.

Uncle Sam's tax agency announced last week that since it began its Offshore Voluntary Disclosure Program, or OVDP, in 2009, it has collected $10 billion in taxes and had 100,000 taxpayers return to full federal tax compliance.

The latest $10 billion in formerly uncollected taxes is up from the $5 billion the IRS reported back in 2012.

And both the dollar amount and number of now U.S. taxpaying foreign account owners are impressive enough to earn joint By the Numbers honors this week.

"As we continue to receive more information on foreign accounts, people's ability to avoid detection becomes harder and harder," said IRS Commissioner John Koskinen. "The IRS continues to urge those people with international tax issues to come forward to meet their tax obligations."

Better tracking: One reason more owners of offshore accounts are coming back into the federal tax fold is the increased use of third party reporting.

This essentially is the foreign account tracking cousin of 1099 forms taxpayers get on the earnings of their domestically based holdings. (And remember, you are legally required to report all your income even if you don't get a 1099.)

Automatic third-party account reporting is now in its second year, thanks to the Foreign Account Tax Compliance Act, known as FATCA, and the network of inter-governmental agreements, or IGAs, between the United States and other taxing jurisdictions.

More information also continues to come to the IRS thanks to the Department of Justice's Swiss Bank Program. The IRS notes that as part of a series of non-prosecution agreements, the participating banks are providing information on potential non-compliance by U.S. taxpayers.

Self-reporting savings: But rather than wait to be outed by someone else, the IRS continues to urge taxpayers with holdings in foreign accounts to take the initiative

The IRS's OVDP offers taxpayers with undisclosed income from foreign financial accounts and assets an opportunity to get current with their tax returns and information reporting requirements.

And although the IRS doesn't call it a tax amnesty, that's basically what it is.

By voluntarily disclosing their foreign financial accounts and assets, account confessing taxpayers don't run the risk of being caught later by the IRS and facing more severe penalties and possible criminal prosecution.

You can check out the recently revised certification documents (Forms 14653 and 14654) used under streamlined filing.

And if you or your tax representative has foreign account compliance questions, the IRS has special telephone numbers you can call to get answers.

Note that these special offshore account phone numbers are not toll-free. But it's small price to pay to get right with the IRS in connection with your foreign money.

Agreed, but all tax amnesties are the trade-off of potentially more severe punishments for those who don't own up to the taxes due and are ultimately caught.

OVDP "amnesty" comes at a price: 27.5% of offshore assets, increased to 50% if the foreign bank is being investigated, plus all tax owed, plus interest. The benefit is you don't go to jail.