Have global law enforcement officers cracked the biggest U.S. tax scam ever? Probably not, but it appears they have at least slowed one major criminal operation. 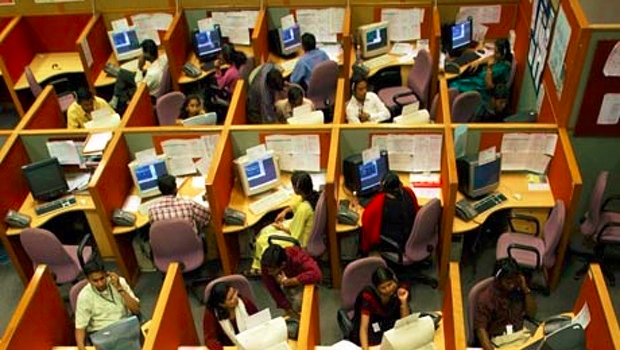 Indian investigators this week arrested around 70 people in the Mumbai suburb of Thane on charges of allegedly calling Americans and pretending to be Internal Revenue Service representatives in order to obtain payments for fake tax bills.

The arrests, according to reports in the Wall Street Journal and Guardian newspapers, came the evening of Oct. 4 when Indian police raided nine call centers just outside the Indian city known as the country's financial center.

"A total of 772 employees were detained. Out of this 70 were formally arrested and the others were released but investigations against them are ongoing," said Thane police spokesperson Sukhada Narkar.

The arrested individuals are being held on suspicion of cheating by impersonation and extortion.

Global reach of largest tax scam: The persistent telephone tax scam, which earned the dubious dishonor back in 2014 as the largest ever and has grown since, includes fake threats of legal action, imprisonment and deportation. One security company estimates that as of this March alone, the number of attack calls likely exceeded 450,000 in March.

The Wall Street Journal reported that at a news conference following the raids and arrests, police shared a recording of a call they said was taken off the call center’s computers:

A caller with a heavy Indian accent told a man he owed more than $11,780 and was facing arrest within hours, a five-year prison term and $100,000 fine if he didn't settle. The call was handed to a "senior treasury officer," who told the man he can pay whatever he can afford right away by going to the nearest Walgreens to buy Apple iTunes gift cards worth $1,000.

Everyone's a target: I've received six (so far) such IRS impersonator calls, although mine have been mechanical orders to pay up, not from a living, breathing crook.

So have IRS employees, one of whom says his would-be scammer invoked the IRS commissioner's name to try to steal his money.

Heck, the fake tax phone call has even made its way across the Canada-U.S. border.

While many of us quickly picked up on the scam, others have been fooled. No shame. The crooks are insistent and rely on the fear of the tax collector that most folks already have.

The Treasury Inspector General for Tax Administration reports that it has received more than 1.7 million IRS impersonator call complaints in the last three years. Almost 9,000 call recipients have handed the scammers more than $47 million.

Don't become a tax scam victim: The arrests in India might slow down the scam for a while, but I suspect/fear it will continue. Crooks, be they tax scammers or general identity thieves, are nothing if not persistent and flexible.

So stay on guard.

If you get a suspicious phone call, phishing email or questionable text seeking money purportedly to cover an overdue tax bill that the sender/caller says you owe Uncle Sam, don't pay.

Then call the IRS directly, either to talk to a real IRS agent about a tax bill you might legitimately owe and how to set up a real payment plan or to report the scam attempt.

Tax scam protection tips: You can find more information and tips on avoiding or recovering from a tax scam in some of my earlier posts on this topic --

Here's hoping you won't have to follow any of this tax scam advice. But given the success that criminals have had with the phone tax scam, I'm betting other crooks have already replaced the raided call centers with new operations in other locations.