I spent almost two decades working in Washington, D.C. I also have covered taxes for most of my writing career. So I love acronyms. 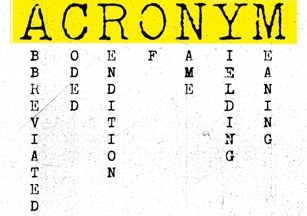 That's why I'm jazzed that the current presidential campaign has highlighted a tax-related nickname for some rich taxpayers. Here's a HINT.

For normal folks who speak regular English, it's High Income, No Tax, aka HINT.

GOP HINT: David Cay Johnston, Pulitzer Prize winning journalist and current thorn in Donald J. Trump's side, notes in a recent column for The Daily Beast that the Republican nominee is an extreme example of a HINT.

Before all y'all fans of The Donald start firing off angry emails or posting agitated comments, take a breath.

No one, neither Johnston nor I, is saying that Trump's possible $0 tax liability for potentially 18 years is/was illegal. We're just saying it is/was.

And also saying that maybe some tax laws need to be changed. But that's a topic for a whole 'nother post at a later time.

Many HINTs: So with that cleared up, let's get back to the HINT community, where Trump has company.

Johnston examined the recently released Internal Revenue Service's IRS Statistics of Income for 2014 and found that among the country's prosperous taxpayers that tax year, 10,900 paid nothing.

"That means about one in 500 high-income taxpayers (about 0.2% of the group) paid no income tax even though most reported earning money from work and had much larger taxable interest income than Americans as a whole," writes Johnston.

Reasons for negative income: The reason? They have no taxable income to report.

Some of the negative income filers, acknowledges Johnston, have one-time losses, usually from failed businesses.

"But many must be wealthy, too," says Johnston, "benefiting from liberal tax avoidance laws set by Congress."

The 2014 data show that of the 148.6 million tax-filing households, more than two million of them reported negative incomes.

And, says Johnston, it's a perennial and increasing problem.

HINT-related figures: Other findings from Johnston's analysis of HINTS include

That's a lot of figures, but for this week's By the Numbers honor, I'm going with Johnston's calculation of 1.4 percent of 2014 federal tax return filers who showed negative income on their 1040 forms.

While the percentage is quite small, Johnston's analysis indicates that it's a continuing and growing tax filing concern.

And the data hints (see what I did there?) that it likely involves repeat filers.

"What we do not know is how many of these are people reporting negative income just once – and how many, like Trump, have reported negative income year-after-year, despite huge incomes that they collect free of income tax," says Johnston.