Attention Alabama online shoppers. If you're planning to buy from Amazon, you'd better hit the shopping cart enter button soon. On Nov. 1, an 8 percent tax will be added to your purchases from the digital retail giant. 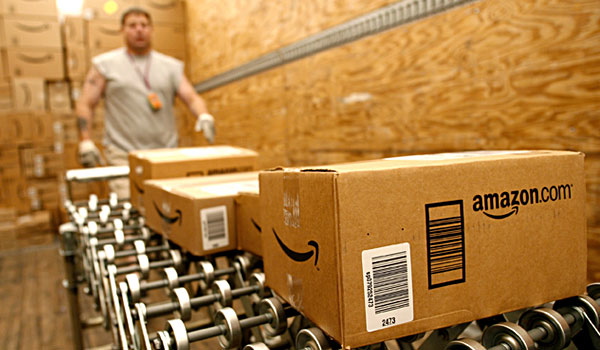 Online sales tax collection is the Holy Grail for state revenue offices. As e-commerce transactions have increased every year, states have struggled with ways to collect the billions they say they've lost to untaxed purchases that their residents make online.

Nexus via legislation, courts: Some state lawmakers have chosen to redefine nexus, the legal standard of physical presence that determines when an out-of-state retailer must collect and remit sales tax.

Several legislatures are working on tweaking such designations. Others are waiting on the outcome of nexus lawsuits now working their way through the courts.

Another online tax collection avenue is by reaching agreements with online sellers.

That second option in Amazon's case will happen in Alabama in just eight days.

On Nov. 1, Alabamans who buy from Amazon will see an addition 8 percent tacked onto their purchases. The Seattle-based online sale giant has signed on to the state's Simplified Seller Use Tax Remittance Program.

8 percent Alabama solutions: The Alabama program took effect on Oct. 1, 2015. It allows eligible online retailers to pay a flat 8 percent tax on all sales made to buyers in the state.

By agreeing to this one rate, which is double the state's general sales tax amount, internet retailers avoid the hassle of keeping up with the various sales rates charged at the local levels. Alabama's average local sales tax rate is 4.93 percent.

Online retailers who want to collect the 8 percent tax on Alabama purchases must apply and be accepted into the program. That's what Amazon decided to do this summer.

Why would Amazon and a reported 50+ other online sellers agree to do something that's sure to tick off their formerly tax-free customers?

Federal law likely eventually: Plus, they see the online sales tax handwriting on the digital wall.

Efforts to legislate sales tax collection at the federal level have been simmering in Congress for years. And while nothing has made it into law yet, each time a bill is introduced, it moves a little further along the legislative line. Eventually, the House and Senate will agree on a remote sales tax law.

If that happens, the Alabama statute is ready. It notes:

"In the event that there is a change in federal law, whether it be federal legislation or by decision of the U. S. Supreme Court, that removes current federal limitations on states' ability to enforce their sales and use tax jurisdiction against businesses that lack a physical presence, those businesses registered with the Department as a participant in the program at least six months prior to the change in law will continue to qualify for the program."

And in the here and now, it will mean more money for Alabama.

"This partnership with Amazon is a huge benefit for the state and means additional, much-needed revenues, especially as Amazon continues to capture more and more of the online retail market share," Alabama Revenue Commissioner Julie Magee told the Dothan Eagle.

Half of the online sales tax revenue goes into Alabama's general fund. The remainder is split evenly between the state's cities and counties, prorated based on population, after the sellers subtract their 2 percent collection discount.

Since the law took effect last October, it has accounted for more than $2 million is online sales taxes.

Tax collected in 30 of 46 locales: When Amazon starts collecting the 8 percent levy from Alabama purchasers next month, it will be the 30th jurisdiction -- 29 states and the District of Columbia -- to which the Seattle-based online marketplace will remit sales tax.

Since 5 states don't collect a state-wide sales tax, effective Nov. 1 that leaves just 16 states where Amazon shoppers are escaping sales tax collection. Of course, they still owe their states' use tax on the items they buy online.

Here's the full list of states, including the upcoming Alabama, where Amazon collects sales tax from customers:

Stay tuned, the 31st addition to the table is probably not far behind.