It looks like it's Vegas, baby, for the Oakland Raiders thanks to $750 million from taxpayers for new stadium

UPDATE: The Oakland Raiders received conditional approval from the National Football League on March 27, 2017, to move to Nevada. The team, however, will play in Oakland possibly through the 2018 season while its Las Vegas stadium is built (using taxpayer money; see below). At least the Northern California stadium use will justify for a while the $83 million in taxpayer-funded bonds, dating back two decades, issued for renovations to the Raiders’ current Golden State home field. Hmmm. Speaking of the Oakland-Alameda Coliseum, the top seating deck already is blocked off because the team couldn't draw enough fans, partly because of the relocation talks/threats. It will be interesting to see how poor attendance will be now that the move out of town (again) is official and relatively imminent.

Sorry, Oakland Raiders fans, but it looks like you'll be losing your team again.

And sorry, Nevada taxpayers, it looks like you'll be paying around $750 million to lure the National Football League team to Las Vegas. 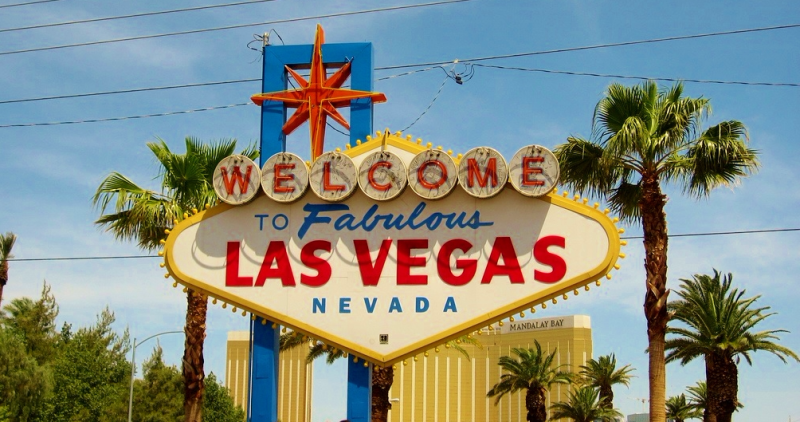 A shot of the famous Fabulous Las Vegas sign that I took on our last visit to Sin City. In the background is Mandalay Bay casino, which will be near the new NFL stadium.

The Nevada Legislature met this week in special session to consider the NFL stadium issue. Lawmakers passed a bill on Friday, Oct. 14, by a vote of 28-13. Gov. Brian Sandoval, a Republican, is expected to sign the measure on Monday, Oct. 17.

Joining Silver State taxpayers in paying for the facility that will house the peripatetic Raiders — they moved to Los Angeles in 1982, then back to Northern California in 1995 — will be the family of Las Vegas Sands Corp. Chairman and CEO Sheldon Adelson, which will fork over $650 million.

The NFL team itself has promised to kick in $500 million if the league allows it to relocate.

Paying for the stadium: The 65,000-seat domed stadium in Las Vegas will be built on a plot west of Interstate 15 across from Mandalay Bay. In addition to being the Raiders home field, the University of Las Vegas football team will play there. 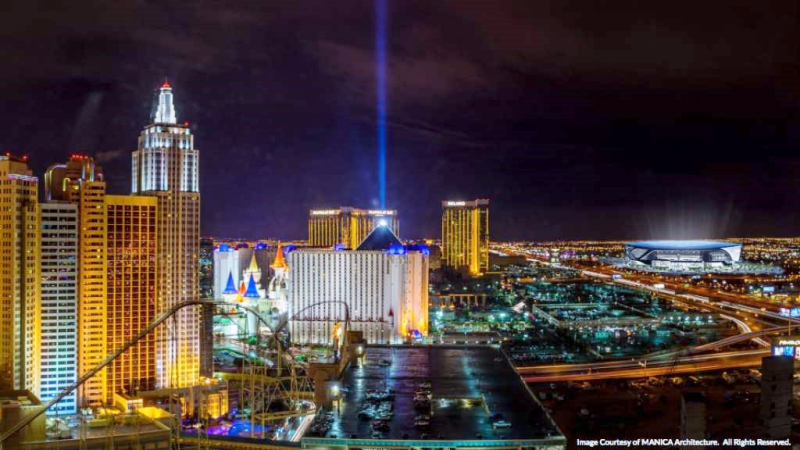 MANICA Architecture representation of the location, at right above, of the new Las Vegas NFL stadium.

The $750 million in taxpayer money to help fund its construction will come from bonds and an increase in the Clark County, where Las Vegas is located, hotel room tax.

While some oppose the use of any tax money for a sports stadium, and such expenditures generally don't provide a good return on public dollars, others are looking forward to the facility, which has a 2020 completion date target.

"We depend on the construction of this industry," Eddie Ramirez, Union Rep. Local 872, told the Las Vegas CBS affiliate this summer. "This would create approximately 6,000 new jobs over the next three years, so we're looking forward to that."

Why leagues shy away from Vegas: Although Las Vegas is a perennially popular tourist destination, professional sports leagues have been leery of moving there.

Part of the reason is that Nevada is the only state where sports betting is legal. And Vegas, baby, is the epicenter of betting in the United States.

Even the mere hint that wagers might affect a team's or league's integrity has made sports officials exceeding cautious about letting Las Vegas become home to a franchise.

But two influential NFL team owners, the New England Patriots' Robert Kraft and the Dallas Cowboys' Jerry Jones, are in favor of the Raiders move to Sin City. Earlier this year, Kraft said the move by the Oakland team to Las Vegas "would be good for the NFL."

Raiders officials indicated that if Nevada approved a stadium deal, they would officially announce their intentions to move to Las Vegas at the NFL owners meeting in Houston next week. A formal vote on relocation could come at a January owners meeting. However, the Raiders franchise has been known to pack up and move without the league's official OK.

NHL opens the way: And the path for NFL approval has been eased thanks to another pro league setting up shop in Nevada's largest city, which is home to nearly 2 million people. 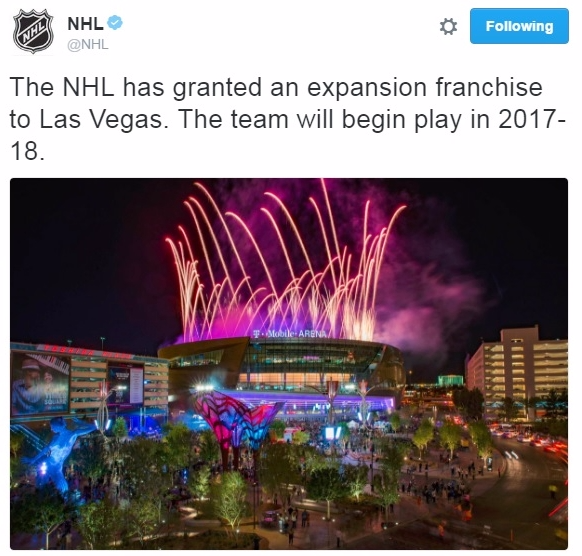 In June, the National Hockey League approved a Las Vegas franchise that will begin play with the start of the 2017-2018 NHL season. The new professional hockey team, rumored to be named the Black Knights, will play home games at the T-Mobile Arena.

That 17,500-seat venue opened earlier this year on the Las Vegas Strip. The arena, which cost $375 million, was privately financed by MGM Resorts International and the Anschutz Entertainment Group.