It's that special tax time of year, when the Internal Revenue Service releases its annual inflation adjustments for more than 50 tax provisions. 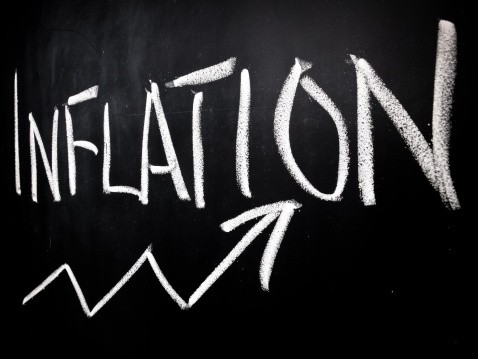 This is the first in a series on the 2017 tax year inflation adjustments. Links to the other posts are at this end of this article.

For 2017, the total is 55 amounts changes, ranging from the widely used tax rate tables and income brackets and standard deduction and exemption amounts to the more arcane treatment of dues paid to agricultural or horticultural groups and the tax on arrow shafts.

As much fun as it would be to blog about the $162 exemption on agronomic assessments and 50 cent per shaft arrow tax, I'm going to stick with the more widely use adjustments, at least for the foreseeable future.

And the first item is the 2017 tax rates and income amounts that they cover.

2016 tax rates and income brackets: Thankfully, Congress didn't fiddle with tax rates, so we have the same seven in 2017, starting at 10 percent and topping out at 39.6 percent.

But the income that falls into each rate for the five filing statuses has been bumped up a bit for inflation.

Here are those new amounts for the coming tax year:

Do not -- I repeat, do not -- use the above table for filling your 2016 tax return, which you'll do next year during what will be referred to by the IRS, me and all my colleagues who cover taxes, as the 2017 filing season.

Yeah, I know, the tax terminology is as, if not more, confusing as the tax lows and filing process.

And if you're interested in more tax year data, the ol' blog's special page lets you look back at tax rates and income brackets through the years.

Enjoy the tax rate tables. I'll be back with more inflation adjusted tax changes for the 2017 tax year.

Here's a preview of what you can expect, with this post listed, too, to provide a full index of the 2017 inflation and taxes series:

As I get these additional inflation related items posted, I'll put the links in above so this post will serve as an index and directory for the 2017 amounts.

I am trying to find what tax rate I should use to deduct taxes from a GoFundMe account, set up by my daughter, paid to me, for my husband who is going through chemo. We have insurance, which has helped with a lot of the cost, but his being on short-term disability, and not being able to work, has cut our income down $443.28 a week (that's what we receive - don't know exactly what the gross is, as they hold out insurance premiums and a few other things) from the short-term disability insurance (443.28 x 4 = $1773.12 per month - him), and I am also disabled, receiving $443.00 per MONTH (gross is higher - pay for medical insurance on me from it). The bills we have (truck payment, phones, house and auto insurance, electric, propane, internet, property taxes - seems like I'm missing a couple here) total almost $ 1700.00 per month, not including groceries, gas, co-pays for Dr visits, medical expenses we have to pay out of pocket, virtually no savings - right now I have $1000.00 in savings to cover the property taxes which are about $989.00 give or take, so that's going to be gone soon. My son (23) and my brother (53) are living with us, because they are having issues and are not employed. While they do some things around here to help us out, like mow the property, and such, they do not bring in money to help support any of us most of the time. So far, I've received around $250.00 from GoFundMe page, and I want to know what tax rate I should use to avoid having a big tax bill in the future. Still paying out medical bills for both myself and husband. HELP!

Oops! My bad. Perils of cut and pasting the old table and then updating it; or in this case, overlooking a figure. Thanks, Adrienne, for pointing out my error. Now corrected!