Welcome to Part 3 of the ol' blog's series on 2017 inflation adjustments.
You can find links to all 2017 inflation posts in the first item:
Income Tax Brackets and Rates.
Today we look at changes to retirement and pension plans.
Note: The 2017 figures apply to 2017 returns that are due in 2018.
For comparison purposes, you'll also find 2016 amounts to be used
in filing 2016 returns due next April. 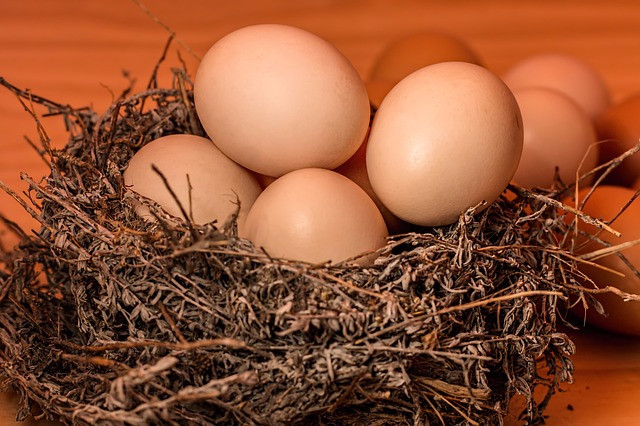 Save early, save often to create an overflowing nest egg.

Even in a contentious election year, there's one thing everyone in all political parties can agree on: retirement will be better if you start saving as much as you can as soon as you can.

The tax code helps by offering a variety of tax breaks on myriad retirement savings plans.

And each year the Internal Revenue Service looks at inflation and decides whether the tax limits, both on contributions and income levels that affect some plans, need to be tweaked.

Some things remain the same: For the coming 2017 tax year, the IRS says that the income ranges for determining whether you can make tax-deductible contributions to traditional individual retirement arrangement (yes, that is the official name, although most of us, me included, refer to it an individual retirement account, so let's just go with IRA), to contribute to Roth IRAs and to claim the saver's credit all increase in 2017.

But first, let's look at the retirement plan areas remain unchanged from the 2016 levels:

Now to the changes affected by inflation.

The table below shows the income phase out ranges in 2017 for IRA contributions, along with those in effect for 2016 in case you'd like to add a bit more money to your IRA before Dec. 31.

*MAGI is modified adjusted gross income. To determine MAGI, take your AGI and add back certain deductions. MAGI and the deductions that must be considered vary depending on the tax break. (Shameless plug: You can check out the ol' blog's glossary for more on MAGI, as well as the previously mentioned individual retirement arrangement/account and lots of other tax terms.)
**No annual inflation adjustment applies in married filing separately situations

For 2017, taxpayers' Roth contributions are reduced if their earnings are within the income ranges in the following table.

Get added credit for saving: The saver's credit is a tax break the rewards low- and moderate-income individual for adding to their nest eggs. You can claim the credit, which maxes out at $1,000, as long as you don't make more than the earnings limit for your filing status.

In 2017, the saver's credit maximum earnings caps go to:

Workplace plan changes: Also in 2017, inflation means some increases in a variety of plans, both provided by workplaces and for self-employed workers:

SEP-IRAs (or, from the glossary, Simplified Employee Pension) and Solo 401(k) are popular retirement vehicles for the self-employed and small business owners.

And where a company offers the traditional defined benefit plan, the limitation on the annual benefit of this retirement plan goes up next year to $215,000. In 2016 the limit is $210,000.

If you want to read the official details, check out IRS' notice on the 2017 pension plan limits and contributions.

Regardless of what kinds of savings vehicles you use to prepare for retirement, put as much as you can under the IRS' inflation limits into the accounts. When it's time to punch that time clock for the last time, you'll be glad you did.

This is a Great article on how to plan an early retirement. I was too much worried about my early
retirement and researched a lot and finally got a firm named Retirocracy. Their team came up with some
amazing retirement plan solutions for me.

I totally agree with you that retirement will be better if you start saving as much as you can as soon as you can.