On lazy Sunday afternoons, my thoughts -- after I'm through cursing the idiotic plays my Dallas Cowboys make -- often turn to retirement. 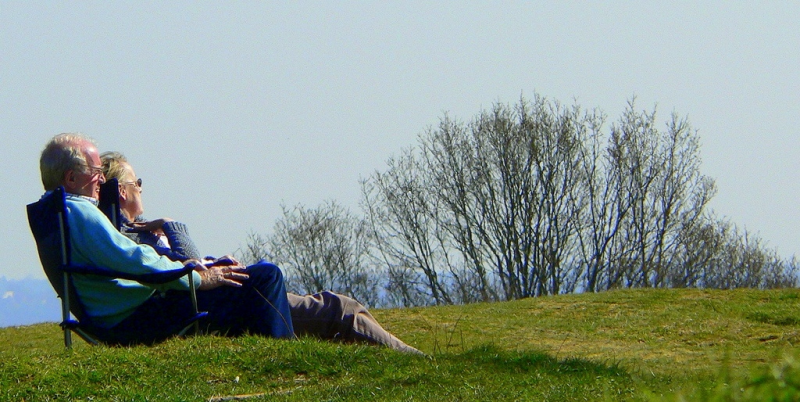 The hubby and I have been saving for a long time with the goal of making all our days like Sundays, without, of course, the 'Boys' frustrations.

The tax code offers many ways to help us save for what we hope will be our golden years.

The Oregon Democrat, who also is the ranking minority member on the tax-writing Senate Finance Committee, has released a discussion draft of what he's calling the RISE Act, short for the Retirement Improvements and Savings Enhancements Act of 2016.

Here are three Wyden retirement tax code tweaks that caught my eye, two of which I particularly like.

1. Tweak the Saver's Credit to create a retirement savings matching contribution.
Wyden notes that the Internal Revenue Code currently includes the Saver's Credit. This nonrefundable tax credit is available to eligible taxpayers -- that is, those within a specific earnings range for their filing status -- who contribute to tax-favored retirement plans or IRAs, both traditional and Roth.

Wyden's discussion draft proposes increasing the income levels at which the Saver's Credit is available. He also would like to make the credit refundable so that those who don't ow any tax would still get a benefit from the credit.

And to ensure that the Saver's Credit refund wouldn't be used on nonretirement items, Wyden proposes that any credit amount be contributed directly to a tax-favored retirement plan. This would in essence make the credit more like a matching contribution to the taxpayer's chosen account.

I like this idea, especially the idea to send the credit directly to a retirement account. Not to go all parental on people, but sometimes folks need to be forced to do what's right.

And if you're claiming the Saver's Credit in the first place, you're already putting money into a retirement plan so you're shouldn't be upset about not getting your hands on the refund.

This idea of creating a hybrid defined contribution/defined benefit company retirement plan is intriguing and appealing. It would get some money into a cash-strapped worker's 401(k).

And that account would be there ready for the time when the student loan paying worker gets a raise and has a bit more disposable money. By having primed the pump, that worker might be more inclined to then put some on his or her added income into the already employer supported 401(k).

3. Repeal the 70½ age limit on traditional IRA contributions.
Taxpayers currently cannot contribute to a traditional IRA after they turn age 70½. Wyden suggests changing that so that traditional IRA owners could, like Roth account holders, continue to put money into this retirement savings vehicle longer.

Wyden hasn't sold me on this one. I suspect that this would apply to very few, and primarily more well-off, folks.

Sadly, many folks who are still working into their 70s -- and you have to have earned income to contribute to an IRA -- are doing so because they need the cash for daily expenses. They probably wouldn't have much left over to save for when they finally quit their jobs.

And the septuagenarians who could benefit from being able to add more IRA money longer likely will be those who already are in good financial and retirement savings shape.

Should we reward these well-off retirement savers? It might be a nice gesture, but the costs of taking more money out of the taxable sector also will have to be taken into account.

You can read more of Wyden's RISE Act tax-related retirement revisions in the discussion draft summary.

Extending RMD age dates: I looked at one of those other RISE provisions last week at my other tax blog. It was an item from Title II of the draft that focuses on required minimum distributions, or RMDs, from IRAs.

Roth IRA owners can leave their money in those accounts, where the money is taxed before it is contributed and is not taxed upon withdrawal, for as long as they like.

Owners of traditional IRAs, however, must start taking money out of those accounts, which are funded with pre-tax money and grow tax-deferred until the funds are distributed, at that magic tax age of 70½.

This mandated retirement money distribution is mainly so that the U.S. Treasury, which has been waiting years, often decades, to finally get revenue from those tax-deferred accounts.

Wyden, however, would like to give retirement savers more time to let their traditional IRAs grow. Basically, he's proposing a sort of age inflation adjustment for traditional IRA withdrawals since folks are living longer nowadays than in the 1960s when the required withdrawal age trigger was established.

Olympic athletes act progresses: Also last week at Bankrate Taxes Blog, I posted about how some medal and prize-money winning U.S. athletes from the Rio Games and future Olympics are about to enjoy that sporting income tax-free. The Olympian tax relief bill is headed to the House floor for consideration, possibly this coming week.

I usually blog for Bankrate on Tuesdays and Thursdays and then provide highlights and links to those items here at the ol' blog on the weekend. Thanks for reading both here and there.

Now it's back to my Sunday. So far, it's going OK. The Cowboys are ahead of the Washington Deadskins. I fear it won't last.

If the 'Boys don't get their act together soon, I just might have to also retire from watching the NFL!

UPDATE: At the urging of the hubby, who's as big a Cowboys' fan as I am, I am pleased to report that while it went down to the last seconds of the game, the 'Boys held on to defeat Washington for Dallas' first win of the season. Watch out Romo, Dak might not let you back on the field.