Remembering, and helping others, 15 years after 9/11

Fifteen years ago today, terrorists hijacked four planes and killed 2,977 people in New York City, the Pentagon just outside Washington, D.C. and in a field near rural Shanksville, Pennsylvania. 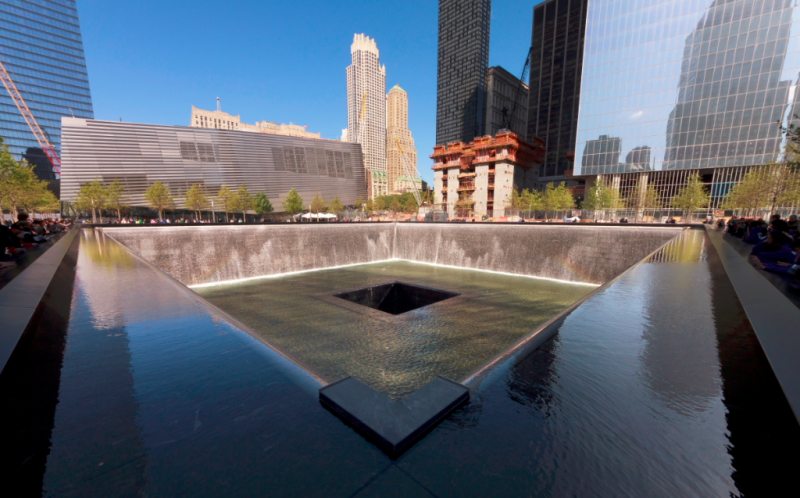 As has been tradition on each Sept. 11 since 2001, commemorative events will be held today across the country. The recognition became official on Dec. 18, 2001 when Public Law 107-89 took effect designating each subsequent Sept. 11 as Patriot Day.

Volunteering in memory of Sept. 11: The following April, Public Law 111-13 was enacted, further recognizing today as an annual National Day of Service and Remembrance. To that end, many people go beyond the moments of silence for the 9/11 victims and their families.

They dedicate this day (and many more) to public service with projects to help others across the United States in the same spirit that Americans pulled together following the horror 15 years ago.

The Corporation for National & Community Service can help you find volunteer opportunities in your community, on Sept. 11 or any time you wish to help with a worthy project in a hands-on way.

Donating to 9/11 groups: You also can contribute to a charity that assists families still coping with the consequences of the hijackings 15 years ago.

But choose carefully. Immediately after the 2001 attacks, around 300 new charities were created to assist victims' families. Five years later, many had closed and one-third of those 9/11 groups couldn't be located.

Among those still operating are the 10 groups shown at left. They are featured at Charity Navigator's 9/11 webpage.

A search of "September 11" on Guidestar turns up 187 organizations nationwide; searching for "9/11" produces 770 nonprofits across the United State with connections to the tragedy. Sorry, I didn't go through the full lists for nonprofits that appear in both searches.

Also, for your charity searching info, Charity Navigator rates charities on how efficiently they use donated funds, while Guidestar focuses on nonprofits' transparency and governance.

You also can check the Internal Revenue Service's online interactive database of groups that are up-to-date with their nonprofit tax filings.

Confirming your choice of charity: Finding an organization on any or all of these sites is a good starting point. If you want to deduct your donation, the group to which you give must be an IRS-approved nonprofit.

But go beyond this initial tax status inquiry.

Make sure any group you want to support has goals and results that mesh with your personal philanthropic philosophy.

Don't be a charity scam victim: Finally, remember that too many people are bad humans.

In the wake of every tragedy, crooks try to take advantage of people's goodwill to steal their money. And even though it's 15 years after terrorists irreparably changed America, some skeevy individuals today will be using the anniversary to nefarious ends.

Don't let your generosity make you a victim, today or ever. The tips to avoid charity scams and recognize fake charities that I posted after the Pulse nightclub shooting can help ensure that your donations to victims of any calamity go where you intend.

Thank you for remembering today those directly affected by the terrible events of Sept. 11, 2001.

May peace be with all those today who lost loved ones, directly or in the aftermath of this national tragedy.

And may we all find some semblance of peace on this Sept. 11 and in all of our tomorrows.