This presidential election year, the candidates' tax focus is, as usual, on how to lower income tax rates for at least some Americans. 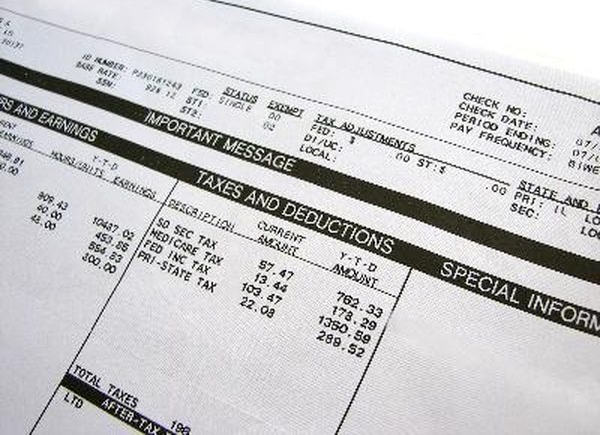 But, notes the Tax Policy Center (TPC), most U.S. workers hand over more in payroll taxes than income taxes.

Payroll tax parts: Payroll taxes are the amounts designated for Federal Insurance Contribution Act, or FICA, funded programs. You know them as Social Security and Medicare.

The total FICA rate is 15.3 percent. Workers and their bosses each pay half.

The bulk of the tax, 12.4 percent, goes toward the Social Security component. Taxes at a 6.2 percent rate are withheld from each employee's paycheck, with an employer matching amount.

The combined 12.4 percent tax continues until the worker reaches the annual Social Security wage base limit. For 2016, Social Security tax payment by both parties ends in 2016 once a worker starts bringing in more than $118,500. The limit is adjusted each year for inflation, but a low rate there kept this year's wage base level the same as in 2015.

Another 2.9 percent goes toward Medicare. Again, the amount is divided equally, with employees having 1.45 percent and employers matching that amount each paycheck. There is no earnings limit on the Medicare portion of FICA.

Payroll taxes take more: Most of us, however, don't fall into the tax code definition of rich.

And a lot of us don't make much money at all. It's these folks that bear a bigger payroll than income tax burden, according to the TPC, a joint venture of the Urban Institute and Brookings Institution.

Nearly three-quarters of those who pay one or both of these work-related taxes shell out more for payroll taxes than for income tax, writes Roberton C. Williams on the TPC's blog TaxVox.

In fact, the Washington, D.C.-based nonprofit estimates that 44 percent of households will pay no federal income tax this year.

For all y'all tax geeks and policy wonks about to ask, yes, that is the same -- but smaller -- segment of non-taxpayers that got 2012 Republican presidential nominee Mitt Romney in trouble. Four years ago, Romney famously derided the then 47 percent of Americans who escaped payment of income taxes as takers not makers.

But now as then, many of those no-income-tax individuals did pay payroll taxes toward Social Security and Medicare. They account for just more than one-quarter of all households, according to the TPC.

The payroll but no income tax folks are represented in the light blue block at the far right of the TPC graphic below.

Most of folks in the no tax at all category, notes the TPC, are retirees living on Social Security, which isn't taxable if it's your only source of money, or they make too little other income to owe income tax.

"The rest have no jobs and not much income," writes Williams. "That isn't a club many would want to join."

As I noted last week at my other tax blog, starting with the 2017 tax-filing season and for all subsequent ones, tax refunds that are achieved in any part by the refundable Earned Income Tax Credit and/or the additional child tax credit will be held until mid-February.

The reason for the delay is to give the IRS more time to check returns and stop tax refund fraud.

Also over at Bankrate Taxes Blog last week, I looked at a new proposal to implement a hybrid sales tax system on online (and catalog and other electronic) purchases.

I typically blog for Bankrate on Tuesdays and Thursdays and then provide highlights and links to those items here at the ol' blog on the weekend. But a combination of the 15th anniversary of the  9/11 terrorist attack and the first Sunday of the new NFL season sidetracked me.

Regardless of how you spent your weekend, I hope it was pleasant.

Now welcome back to a new work week and the making of money and the income and payroll taxes that generally goes along with that effort.

Thanks for your massage. its a great article. i think people will get very important information in this post. I think people should have aware of there income tax policy.

This is an informative atricle.
"The rest have no jobs and not much income," writes Williams. "That isn't a club many would want to join."

Great post! I'd love to be able to find something that lays out a similar chart but for small business versus employer payroll taxes.