Why Apple loves Ireland. Hint: low taxes
Plus a look at business tax rates around the world

Apple CEO Tim Cook is not apologizing for the corporate tax strategies that the California-based multinational technology giant employs. 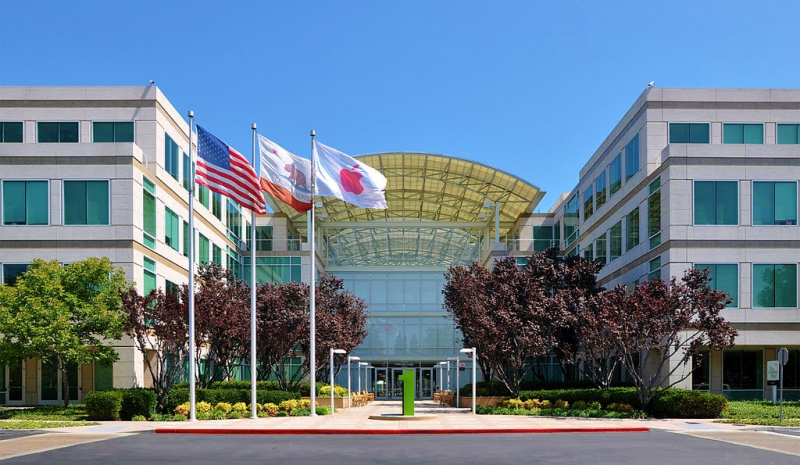 Apple's headquarters is in Cupertino, California, but it takes maximum advantage of international tax breaks.
(Photo by Joe Ravi, license via CC-BY-SA 3.0)

U.S. tax law currently allows Apple and a slew of other global enterprises to keep money overseas and not pay tax on it until the funds are brought back, or repatriated.

"And when we bring it back, we will pay 35 percent federal tax and then a weighted average across the states that we're in, which is about 5 percent, so think of it as 40 percent," Cook said in a recent wide-ranging interview with The Washington Post. "We've said at 40 percent, we're not going to bring it back until there's a fair rate. There's no debate about it."

Good business, but unseemly: Cook makes a (pardon the pun) fair argument about what Apple and numerous other big U.S. companies do with regard with their taxes.

And a major job of any company leader is to ensure that the business he or she runs is as profitable as possible.

Cook is committed to that job, not to being a United States' cheerleader.

Or, as Cook told Washington Post reporter Jena McGregor, the company's tax strategy "is legal to do. It is the current tax law. It's not a matter of being patriotic or not patriotic. It doesn't go that the more you pay, the more patriotic you are."

Overseas for business, not tax reasons: Scott says another reason Apple has so much money overseas is because it does two-thirds of its business overseas.

True, it is an international company with a global consumer reach.

But the more than $200 billion in cash that Apple is holding overseas, writes Scott in a recent Tax Analysts Blog post, is largely in Ireland, where the tax rate is just 12.5 percent.

But Scott points out that while Apple books almost two-thirds of its profits in tax-incentive rich Ireland, it does most of its international business in other foreign countries, such as China, the United Kingdom, Germany or France.

"Apple's tax profile does not match up with economic reality," writes Scott. "The company goes out of its way to locate its profits far from its true economic activity, and its only motivation for having such a high percentage of its profits and cash in Ireland is tax avoidance."

The lowest is 8 percent, according to an October 2015 study by the Tax Foundation. That's found in Uzbekistan and Turkmenistan. Montenegro comes in at 9 percent.

Joining those nations in list of the 20 countries with the lowest top marginal corporate tax rates are Andorra, Bosnia and Herzegovina, Bulgaria, Gibraltar, Kyrgyzstan, Macedonia, Paraguay, Qatar and Timor-Leste at 10 percent.

Macao and Oman have a top business rate of 12 percent.

Cyprus and Liechtenstein are at the 12.5 percent mark with Ireland.

Rounding out the Tax Foundation's list of countries with the lowest corporate tax rates are Albania, Georgia and Iraq. Those nations have a 15 percent rate.

Ireland, notes Kyle Pomerleau in his discussion of the Washington, D.C.-based nonprofit's international research, is the only major industrialized nation among the 20 low-corporate-tax-rate countries.

The United States' 39 percent rate is the third highest general top marginal corporate income tax rate in the world, according to the Tax Foundation study. That's the same rate as Puerto Rico.

Only Chad at 40 percent and the United Arab Emirates at 55 percent have higher tax rates.

No taxes at all: And then there are the countries without a general corporate income tax at all, generally known as tax havens.

I'm off now to peruse the rest of the report's findings, with the assistance of my atlas.