This post has been updated to reflect the developments of late-August tropical systems.

We enjoyed many good years in South Florida, but this time of year, I'm glad we moved back to Texas. Central, not coastal, Texas. 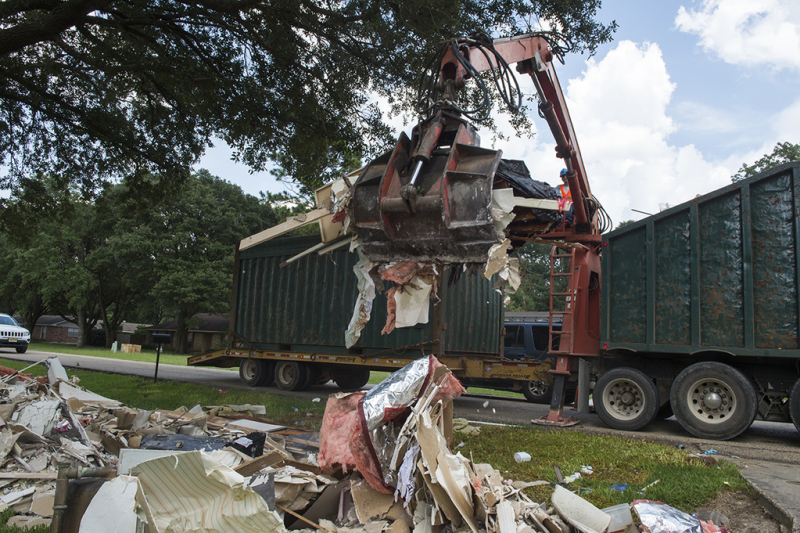 Clean-up is underway in Zachary, Louisiana, after flooding earlier this month, but more rains from a system that could grow into a tropical storm could be headed toward the Gulf Coast. (Photo courtesy Federal Emergency Management Agency/FEMA)

The Atlantic hurricane season officially begins June 1, but mid-August to mid-September is the peak storm period. This year looks to be on the usual track.

Hermine on the way? Storm 99, right now a rather unorganized a low pressure system, is soaking Hispaniola. Forecasters say, however, that it could turn into Tropical Depression Eight Nine (see updates below) or Tropical Storm Hermine.

UPDATE: Aug. 31, 2016: And we officially have Tropical Storm Hermine. TD9 on Wednesday, Aug. 31, afternoon strengthened into a tropical storm. The system is expected to make landfall as a storm on Thursday, Sept. 1, night and then work its way up the Eastern Seaboard.

TS Hermine could ruin Labor Day 2016 long weekend celebrations all the way into the MidAtlantic.

UPDATE, Aug. 28, 2016: Storm 99 dallied and another system off the coast of North Carolina today turned into Tropical Depression Eight. It might brush the Tar Heel State before heading northeast into the Atlantic. 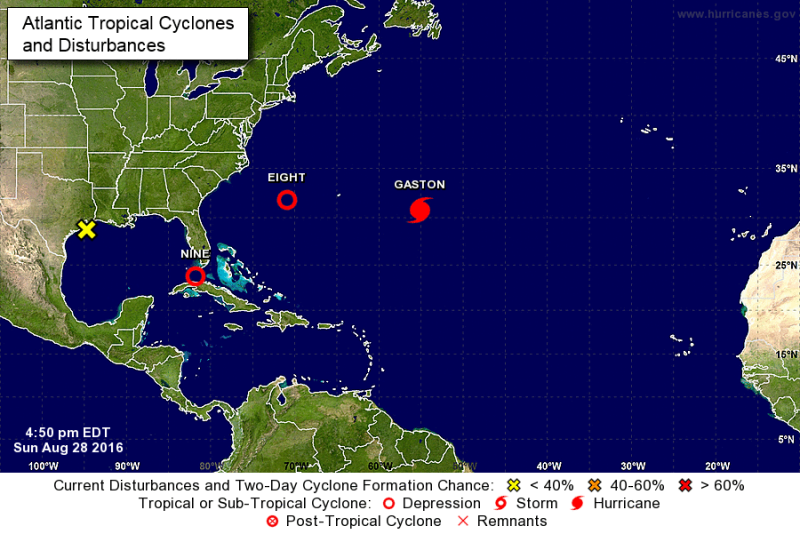 But 99 did follow TD8 and today also was upgraded to Tropical Depression Nine. TD9, say forecasters, has a shot at becoming Hermine and making landfall along the upper Florida coast, then heading over Georgia and South Carolina.

In the near future, folks in the Miami area and Florida Keys better get out the rain gear. Then a high pressure system over the mainland looks like it might push any storm into the Gulf of Mexico where it could pick up intensity.

For now, says The Weather Channel, a Gulf Coast landfall appears to be likely sometime Tuesday, Aug. 30, or Wednesday, Aug. 31.

The Gulf Coast is pretty big, guys. Any more specifics? Anywhere from the Florida Panhandle to Louisiana.

Yes, Louisiana residents. More rain could be coming your way.

These spaghetti runs of various paths a potential tropical system could take are all over the place. Stay tuned.

Get ready now: I hope these early forecasts are exaggerated. And weather can change, for better or worse, quickly.

But even if a system never achieves a tropical storm or hurricane designation, the flooding earlier this month in the Pelican State shows the extreme damage that water alone can do. So if you're a Gulf Coast resident, get ready now for possible water trouble.

That's good advice, too, for folks not facing any imminent threat. We're in the peak storm development season and hurricane season runs through Nov. 30.

And we landlubbers are not safe from an angry Mother Nature. Folks in Indiana and Ohio spent today cleaning up after last night's (Aug. 24) train of tornadoes hit the Midwest.

Don't wait until the last minute to get ready for the worst. And everyone, stay safe!