Need time to pay off a big tax bill? It's going to cost you more, thanks to Internal Revenue Service installment plan fee hikes — some substantial —  that took effect in 2017. 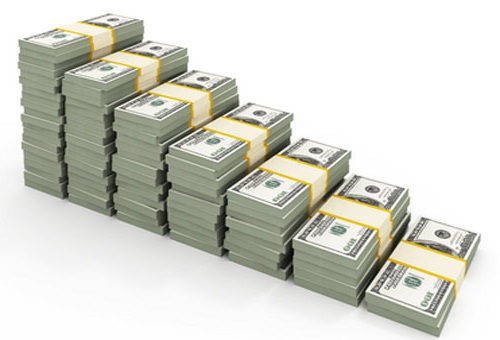 The IRS on Aug. 19, 2016, announced the plans to add a couple of new installment plan options and increase existing payment arrangement fees. After a public comment period, the increases took effect Jan. 1, 2017.

Some taxpayers could see an 87.5 percent price hike, which would produce a top fee of $225 instead of the previous maximum fee of $120.

And while the proposed $225 fee is the top dollar amount, the charge for another type of installment payment option jumped from the current $52 to $107, an almost 106 percent hike.

In addition to raising taxpayer eyebrows, the proposed installment plan fee hikes were the By the Numbers contenders for the third week of August 2016. It was a tough call, but the more than double percentage fee hike earned the exact 105.769 percent figure the (dis)honor.

Covering costs: The payment price increases were part of several user fee changes the IRS has made last year.

The changes were made to comply with a law that requires federal agencies to recover the cost of providing certain services to the public that confer a special benefit to the recipient.

The IRS is quick to note, however, that while some taxpayers will pay higher installment agreement fees, the agency will continue providing reduced-fee or no-cost services to low-income taxpayers

There's no change to the current $43 rate that applies to approximately one in three taxpayers who qualify under low-income guidelines, according to the IRS.

These income levels, which change with family size, would enable a family of four with total income of $60,750 or less in 2017 to qualify for the lower fee.

Also, says the IRS, is offering for the first time any taxpayer regardless of income a new $31 rate if the filer requests an installment agreement online and chooses to pay through direct debit.

Three currently payment plans are allowed and would see increased fees. Two are new proposals and fees. One, which applies to low-income filers noted earlier, would stay the same.

Here's the breakdown, listed from highest to lowest fee, of what the IRS wants to offer and charge with regard to installment tax payment plans starting in 2017.

$225 for a Regular Installment Agreement (increased fee for existing option)
In this case, a taxpayer contacts the IRS in person, by phone, or by mail and sets up an agreement by filing Form 9465 to make payments over a period of time, either by mailing a check or electronically through the Electronic Federal Tax Payment System (EFTPS). The current fee is $120.

$149 for an Online Payment Agreement (new payment arrangement/fee)
Here a taxpayer sets up an installment agreement online at the IRS website and agrees to make manual payments over a period of time either by mailing a check or electronically through the EFTPS.

$107 for a Direct Debit Installment Agreement (increased fee for existing option)
This rate would apply when a taxpayer contacts the IRS by phone or mail and sets up an agreement to make automatic payments over a period of time through a direct debit from a bank account. The fee currently is $52, bumping up the cost by almost 106 percent.

$89 for a Restructured/Reinstated Installment Agreement (increased fee for existing option)
When a taxpayer modifies a previously established installment agreement or reinstates an installment agreement on which the taxpayer has defaulted this proposed fee would apply. The IRS now charges $50 for such restructuring, making the change a 78 percent increase.

$31 for a Direct Debit Online Payment Agreement (new payment arrangement/fee)
This proposed lowest rate would apply to taxpayers who set up an installment agreement through the IRS website and agree to make automatic payments over a period of time through a direct debit from a bank account.

Basically, the IRS' revised fee structure is another move to automate its procedures. If you enter into a payment plan through an online application and have the money sent directly each month to the IRS, you'll save substantially on application fees.

The IRS explains how it came up with the new amounts in its official announcement of the proposed installment payment plan fee hikes that was published in the Aug. 22, 2016, Federal Register.

Affected taxpayers, tax preparers and consumer advocates let the IRS know their thoughts on the suggested higher fees, as well as offered they believe the agency should make to installment plans. The input came via snail and email, as well as a public hearing at the IRS headquarters on Constitution Avenue in northwest D.C. last October.

Alas for those folks and now taxpayers who are seeking installment plans, the IRS didn't change its mind or fee structure increases.

But if coming up with a bit more cash to set up a plan that helps you pay off an even larger IRS bill over several months or years, then it's probably a price worth paying.