It was an incredibly successful 2016 Summer Olympics for U.S. athletes. 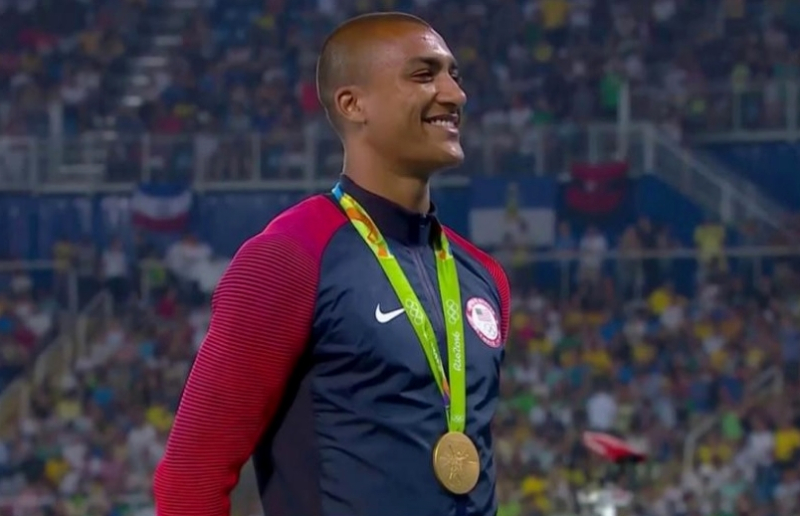 Overall, American competitors won 121 medals in Rio de Janeiro, Brazil. Gold medallions were bestowed on U.S. Olympians in 46 events. The country won another 37 silver medals and 38 bronze. The next closest medal-winning country was China, with 70.

Right now, those American winners also owe the U.S. Treasury taxes on the cash prizes they are awarded, as well as on the value of their medals.

But that could change.

As I noted last week at my other tax blog, a bill to exemption Olympic winnings from taxation is pending in Congress. That's happened before, like every year that the Olympics are held.

In 2016, however, the measure has progressed legislatively more than ever before. The full Senate agreed on a bill to offer medal winners a tax break in mid-July before the Olympic flame was lit in Rio.

Now the House looks to be on track to follow the Senate-passed Olympians' tax break with a similar bill expected to be considered when lawmakers return to Washington, D.C., after Labor Day.

Patriotic tax policy: Could this be the year that Olympians get a tax break? Possibly.

Should they? It depends. Like the tax code, every individual Olympian's situation is different. And some of those cases argue for a tax break.

From a purely tax policy standpoint, special tax breaks for small (or even large) groups of people generally are not a good idea. At best, the tax help is minimal. At worst, the added tax benefit just adds more to our already enormous tax code.

But taxes, like sports, are hard to separate from emotion.

Supporters of the no-tax-bill for Olympics winners say it is the least we, as a cheering nation, can do to help our national sporting representatives, especially since unlike many other countries, the United States doesn't subsidize Olympic teams.

And, they note, the earnings covered don't really amount to much in the grand scheme of the U.S. budget (when Congress approves one) and tax revenue brought in each year.

Sure, swimmer Michael Phelps (four golds and a silver) and gymnast Simone Biles (four gold and a bronze) will get a disproportionate benefit. But realistically, these athletes likely would have zeroed out or greatly reduced their Rio winnings by subtracting all their expenses this year in getting to the games.

Help for less-lucrative sports' winners: Plus, the Congressional bills would apply only to the Olympics money, not to the income they generate from the well-paying outside sponsorships Phelps, Biles and their other successful teammates in widely popular sports will pocket.

Supporters of ending what they call the victory tax say the change could help athletes who make much less money in less publicly followed sports.

"The athletes are the very bottom of a trickle-down system, and there’s just not much left for us," Cyrus Hostetler, a 29-year-old Team USA javelin thrower and two-time Olympian, said of International Olympic Committee's financial system that's supposed to help competitors. Hosatetler told The Washington Post that the most he's ever made in one year in his career, after expenses, is about $3,000.

That's not unusual for the many athletes who are in the same sphere as Phelps and Biles. Washington Post reporter Will Hobson says that while there is no comprehensive data on U.S. Olympic athlete pay, information collected by a nonprofit last year from 150 track and field athletes ranked in the top 10 in the country in their events found an average income of $16,553.

"Even USOC [U.S. Olympic Committee] officials concede that, with the exceptions of the handful of megastars…who rake in big endorsement money and those who play sports with lucrative professional leagues, most U.S. Olympic athletes cannot earn enough from their sports to make a living," writes Hobson.

Given that data and the post-Rio celebrations that will continue for a while, I expect the tax break for Olympics winners to finally make it into the Internal Revenue Code.

More tax talk: While most attention was on the Olympics last week, it's also time for schools across the country to start. And that means that tax scammers have a new hook.

Also over at Bankrate Taxes Blog last week, I looked at the latest effort by crooks to get their hands on our cash, a fake federal student tax telephone scam.

Don't fall for this scam or any other tax crooks' tricks any time of the year.

I usually post my additional tax thoughts over at Bankrate Taxes Blog on Tuesday and Thursday. Then the following weekend, I highlight those items. Thanks for reading them there and/or here.

Now it's time to catch a quick early dinner before tonight's Olympics closing ceremonies start. My fellow Texan and big medal winner -- and possible tax beak recipient -- Simone Biles will be carrying the Stars and Stripes tonight as Team USA marches into Maracana Stadium to wrap up a successful two weeks of earning, for now, still taxable income.