Hillary Clinton shares yet another 1040
Meanwhile, we're still waiting for any tax returns from The Donald 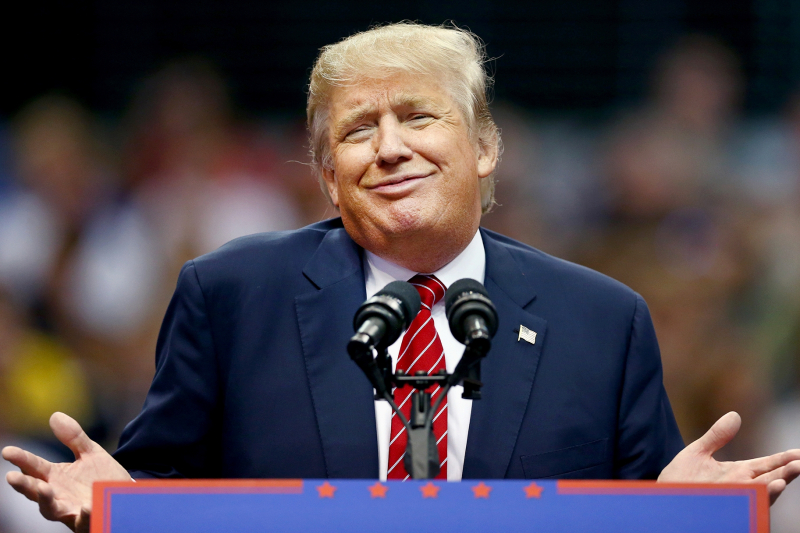 What, me worry about letting voters see my tax returns? Nah.

The Donald and his phalanx of tax attorneys and accounts know. So does the Internal Revenue Service since, as the Republican presidential candidate tells us every time the tax return question comes up, the agency is auditing him.

But we, the voters who in November will choose the next White House occupant, haven't had a chance to look at the GOP nominee's dealings with the IRS.

Zero taxes for Trump? There's been some extrapolation based on limited tax data he provided to New Jersey gambling officials when he was applying for Atlantic City casino licenses. In those cases, it seems that Trump paid no federal taxes in 1978 and 1979.

No one should be surprised, though, if Donald J. Trump has paid far less — perhaps even zero federal income tax in some years. Indeed, that’s the expectation of numerous real estate and tax professionals I've interviewed in recent weeks.

Even with hundreds of millions in gross revenue from his vast real estate empire, "it's both possible and legal that Donald Trump would pay little or no income tax," said Len Green, an accountant and chairman of the Green Group, a tax and accounting advisory firm. Mr. Green is also a real estate investor, teaches at Babson College and is the author of the forthcoming "The Entrepreneur’s Playbook."

"I would expect he's paying little or no tax," agreed Steven M. Rosenthal, a veteran tax lawyer and senior fellow at the Urban-Brookings Tax Policy center.

No tax returns for you: Trump himself has said he pays the smallest tax bill possible. That's not a crime.

In fact, most folks think that's smart tax strategy. And it's an approach that tax professionals, the Supreme Court and even the IRS itself has noted taxpayers should follow.

Even the last Republican presidential nominee, Mitt Romney, said during the contretemps over his foot-dragging in releasing his tax returns, that anyone who paid more taxes than were required wouldn't be qualified to be president.

I suspect that Trump's supporters would see his tiny tax bill as more evidence that he's their man.

So why isn't he letting us see at least some returns, even those that are no longer being audited by the IRS?

Maybe I spend too much time reading convoluted mysteries or watching sinister crime movies, but I'm wondering about potentially questionable income sources <cough … Russia … cough> or maybe, as one late-night TV host theorized, he is broke or he has iffy offshore holdings or … So many possibilities.

Until The Donald finally opens up his 1040s for voter review, we're left to guessing exactly what is and/or isn't in those filings.

More time to spend on Clinton filings: Meanwhile, we can satisfy tax thirst for politicians' personal filing data by perusing the many, many years of returns that Hillary Clinton has posted on her campaign website. The 2015 Form 1040 is the latest in a series of returns dating back to 2007 that the former secretary of state and president have made public.

Her running mate Tim Kaine and his wife Ann Holton also released their 2015 tax returns as part of a 10-year package of filings by the Virginia couple.

You can check out my take on some of what's in Clinton's 2015 federal tax filing in my post today over at Bankrate Taxes Blog.

When I have more time to sort through all the Clinton and Kaine documents -- maybe this weekend; we tax geeks really know how to have fun, don't we?!? -- I'll offer some more analysis here on the ol' blog.