Betting on Olympics is allowed again in Nevada

Sports and betting, much to the chagrin of athletic purists and most league officials (except NBA Commissioner Adam Silver), are inextricably linked. Billions of dollars, from ubiquitous office pools to professional gamblers, are wagered, legally and illegally, on sporting events every year. 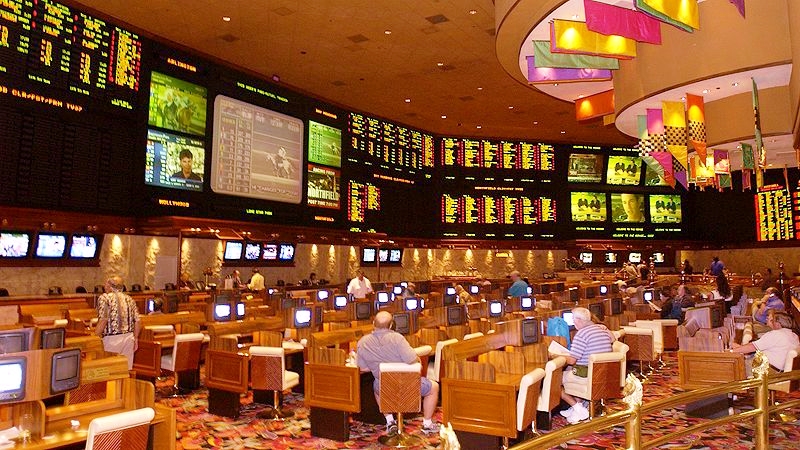 Gamblers at a Las Vegas casino's sportsbook area place their bets, keep up with the many games on which they can wager.

And this summer, the 2016 Olympics officially add to the U.S. wagering tally.

Remember, betting on sporting events is legal only in Nevada; an effort by New Jersey to get in on sports betting was struck down by a federal appeals court this week.

It's not the first time bets were legally taken on Olympic competitions. But the practice was stopped in 2000 after the Summer Games in Sydney, Australia. At the turn of the 21st century, there was a Congressional push led by Sen. John McCain (R-Arizona) and his Amateur Sports Integrity Act to ban betting on all amateur sports.

The Olympics, however, have moved well beyond the games' beginning as tests of skill among amateur athletes. Everyone now is a pro, some being compensated quite well, not just for their athletic abilities, but also for their roles as commercial product pitchmen and women.

So it's not surprising that betting on the global games is back.

Slow betting start to the games: However, it hasn't provided the boost that sportsbook operators had hoped to get during these Dog Days of August, a typically quite betting period.

Las Vegas oddsmakers are having trouble enticing gamblers to wager on some of what we Americans consider obscure sports. Outside of a few big bets on basketball and soccer, sports book operators say the total Olympics handle has been underwhelming.

"We probably have taken about as much in Olympic wagers as we would on a big baseball game, regular season," Las Vegas Mirage bookmaker Jay Rood told Bloomberg.

Most of the bets so far have come from people putting money on the Americans and swimmer Michael Phelps, the winningest Olympian ever. That's understandable, Adam Pullen, a senior trader at William Hill, one of the largest bookmakers in the world, told NBC News. "On those events," said Pullen, "it's a lot of patriotic money it seems."

Still time to place bets: But there's hope for bookmakers.

The games run through Aug. 21 and there's always the chance that a story line to rival the Michael Phelps-Chad le Clos swimming battle could emerge and spur wagering, as well as another viral Internet meme. 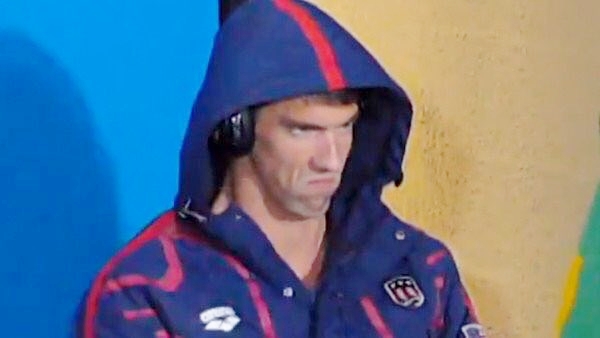 Michael Phelps put on a game face before reclaiming his butterfly gold medal from Chad le Clos.
The stern stare took over the Internet with the hashtag #PhelpsFace.

If you're in Nevada and interested in dropping a few dollars on the remaining Rio 2016 events -- or a prop bet on when/if we'll see #PhelpsFace again -- here are the current Olympics odds from Bodog.

And remember -- and you thought I had forgotten! -- all your winning Olympic bets are, just like all gambling payouts and prizes, taxable income.

You can read more about paying taxes on gambling proceeds in this week's featured Weekly Tax Tip. It looks at the connection between sports and gambling and taxes.

In the last year or so, the daily online games were halted in several states. Now, however, they are making a comeback as legislatures have decided to formally sanction them.

I also discussed those online sports games' victories over at Bankrate Taxes Blog. Being a good U.S. sports fan, I of course connect the return of DFS with football, not the soccer being played in Rio.

You do have your fantasy NFL teams set, right? The league's 2016 preseason games kick off tonight. Bodog also has the odds for you pigskin bettors.

And yes, it will be picture-in-picture sports viewing at our house this evening.