Those of us outside the Old Dominion are getting to know Tim Kaine, the junior senator from Virginia who on July 22 was selected by Hillary Clinton as her vice presidential running mate. 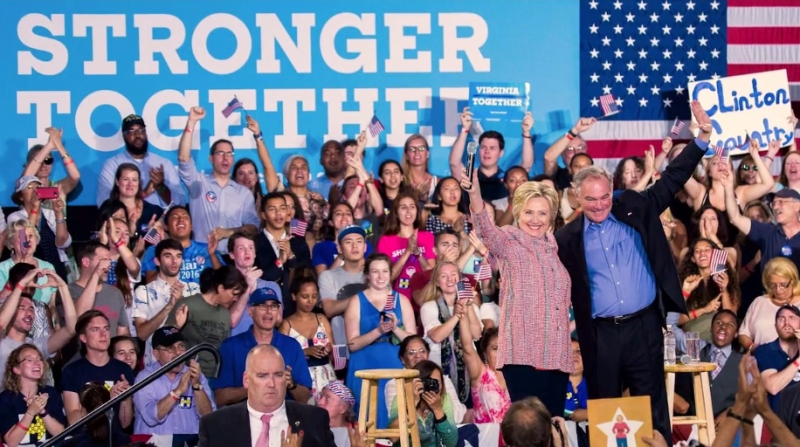 Two decades+ in elective office: Before his election in 2013 to the U.S. Senate, Kaine served in a variety of other public positions.

His first elective office was in 1994 as a Richmond, Virginia, city council member. He was elected mayor of Richmond in 1998, a post he held until being elected Virginia's lieutenant governor in 2002.

Voters promoted him to the state's top office in 2005, and he served as Virginia's governor until 2010.

With such a long public service career, Kaine has a solid background in legislation, including tax policy.

So where does the 2016 Democratic veep candidate stand when it comes to our federal tax dollars?

During his 2012 campaign for the Senate, Kaine called for letting the George W. Bush tax cuts expire for the wealthy, defined as those making $500,000 a year or more. This strategy was the one used by President Obama in negotiating the eventual fiscal cliff tax deal of 2012, signed into law on Jan. 2, 2013.

A bit mushy on millionaires' tax: But during his senate campaign, Kaine did not support an added millionaire's tax. He preferred to let the taxation of the wealthy be taken care of by the expiration of the tax cuts put into place during the George W. Bush administration.

"You've got Democrats in the Senate right now who are doing something I don't like, which is saying we want to fund something with a millionaire's tax," Kaine said, according to a report by Politico. "I think that is used because millionaires don't poll well; that is a bad way to do tax policy. All we've got to do is deal with the Bush tax cuts."

A millionaires' tax, however, is in the 2016 Democratic Platform in the form of support for the Buffett Rule. This is a proposed tax change that grew out of billionaire investor Warren Buffett's announcement in 2011 that he pays a lower tax rate than his secretary because most of his money comes from lower-taxed capital gains.

Saving Social Security: Another Democratic Platform plank is Social Security taxes, specifically increasing the earnings cap so that the wealthy pay more into the system.

Currently, the Social Security portion of the Federal Insurance Contributions Act (FICA) -- a 6.2 percent tax -- is not collected on income exceeding $118,500 a year. Democrats say at least some of that amount by high earners should be taxed as it is for lower-earning folks who pay the levy on all their income.

Kaine hasn't taken a stance specifically on the Social Security earnings cap, but Time reports that he could favor some changes to Social Security, as long as they're not privatization, as ways to deal with the federal retirement system's budgetary issues.

Taking Trump to task on his taxes: And on the campaign front today, in his first joint appearance with Clinton at Florida International University in Miami, Kaine jumped right into one 2016 presidential tax issue.

"Where are Donald Trump's tax returns?" Kaine asked the cheering crowd. "Raise your hand if you think those returns will show that he's paid his fair share of taxes."

That's one tax issue I'm sure we'll hear Kaine and Clinton talk about a lot before Nov. 8.