It's been a good few days for lottery players. 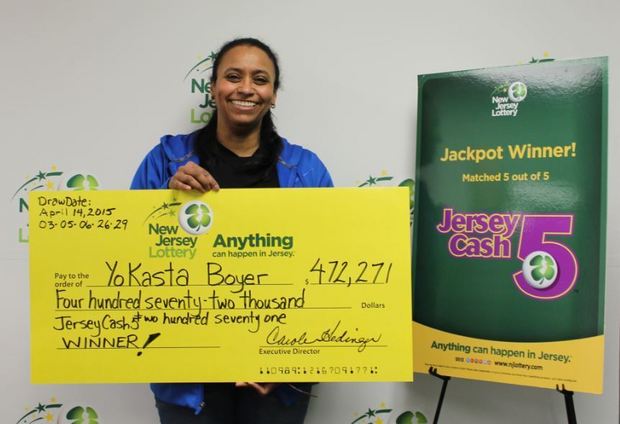 And just the day before, Thursday, July 7, the New Jersey Lottery announced that a woman discovered a $472,271 winning ticket for one of that state's lottery games as she was going through some papers in order to file her tax return.

Mega mystery: We don't know yet who bought the Indiana winning ticket.

It could be one of the 2,000+/- residents of the community about 50 miles east of Indianapolis. Or it could be someone who was visiting the area along Interstate 70 known as Antique Alley because of its many antique shops.

It's no surprise the winner is taking his or her time. Under Indiana law, the names of lottery winners become public once they claim the prize. I hope the winner is letting the good fortune sink in, as well as touching base with some financial and tax advisers.

The Mega Millions winner can claim the prize as a $540 million 30-year annuity or in a one-time payment, which most winners do, of $380 million. Both of those amounts are before taxes.

At the federal level, the jackpot recipient will end up in the top 39.6 percent tax bracket either way. Indiana's state income tax is a flat rate of 3.3 percent. So a tax professional's guidance is definitely in order to try to ease those tax bites.

Maybe she got distracted back then doing her 2014 tax returns. But whatever the reason, she never cashed in her ticket.

In fact, it got lost in her own home. And it wasn't until earlier this year, when she started going through paperwork to file her 2015 taxes, that she found the lottery ducat.

Boyer was organizing documents and sifting through and reading papers, when she found the Jersey Cash 5 ticket. She decided to take a break from the tax chores and check the ticket numbers on the New Jersey Lottery website.

Not believing what she saw, Boyer asked her brother to also check the numbers. He confirmed that the $472,271 winning ticket's numbers from the April 14, 2015, drawing matched her ticket.

No word as to whether Boyer finished up her 2015 tax filing by this April 18 (it was pushed back this year), or got an extension in all the lottery excitement.

Tax tips for winners: Both Boyer and the so-far anonymous Indiana lottery winner will face taxes, both state and federal, on the winnings they collect this year.

Since these two lottery winners came to light back to back, 2 is this week's By the Numbers featured figure.

Earlier this year when there was another big lottery winner, I offered that many tax tips for the lucky Powerball ticket owner:

You can get the details on these post-lottery winning moves in that prior post, 5 tax tips for lottery winners. (Yes, Captain Obvious was writing my headlines that day.)

And remember, while these tax considerations focus on ginormous winnings, there are tax implications regardless of how large or small your lottery or other gambling payout is.

That's just part of the price of being lucky. I'd love to have to pay it someday!