Do you work in one state but live in another? Lots of folks do. In addition to some interesting commutes, they also face some special tax issues. 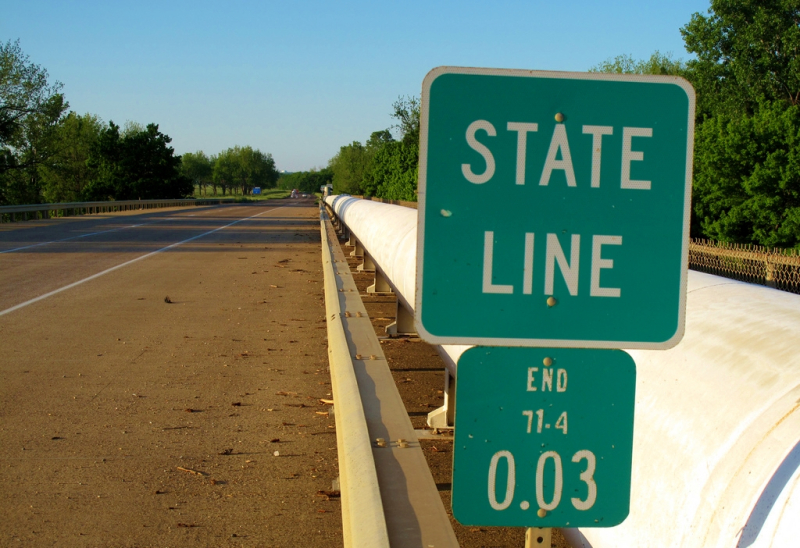 Many states make it a bit easier for border-crossing employees. They have income tax reciprocity agreements.

These arrangements allow residents of one state to request exemption from tax withholding in the other reciprocal state where they work. The practical implication is that they then don't have to go to the trouble of filing multiple state returns.

What Reciprocity Means to Taxpayers
Federation of Tax Administrators 2013 Report

With reciprocity, the taxpayer files a return
and pays the tax only in the state where they live.

Without reciprocity, taxpayers who work in another state
file two returns and pay tax in both states
AND pay the equivalent of the higher of the tax
of the state of employment or the state of residence.

Such an agreement exists between New Jersey and Pennsylvania. N.J. Gov. Chris Christie, however, is considering ending that deal.

N.J. budget woes: As Garden State lawmakers are trying to hash out a fiscal year 2017 budget, Christie on June 30 issued an executive order asking state officials to look into ending the tax reciprocity arrangement with Pennsylvania that's been in place since 1977.

On the last page of the five-page order, Christie says:

The Treasurer is further ordered, in consultation with the Acting Attorney General ("Attorney General"), to determine the specific steps that would be necessary to withdraw the State of New Jersey from the Reciprocal Personal Income Tax Agreement Between the Commonwealth of Pennsylvania and the State of New Jersey, and shall prepare an estimate of the effects such a withdrawal would have on New Jersey’s revenue collections.

The idea of ending the tax deal has been percolating for a while. It was proposed as far back as 2002. More recently, in a December 2015 op-ed piece in NJSpotlight.com, former N.J. Treasurer Andrew Sidamon-Eristoff argued that scrapping reciprocity is a good financial move for a state where money is tight.

"This simple move, which does not require the state Legislature's approval, would generate an extra $180 million a year for New Jersey," wrote Sidamon-Eristoff. "That won't solve all our funding needs, but $180 million is real money. if the agreement is repealed."

According to Sidamon-Eristoff, that leads to asymmetric tax collection:

Far from a done deal: Dollars aside, there is opposition in the New Jersey legislature to ending Pennsylvania tax reciprocity.

South Jersey lawmakers are outraged at the proposal, which they say would mean their constituents would end up paying more in taxes, according to a report by NJ.com.

Assemblyman Louis Greenwald, a Democrat representing Camden, dismissed the proposal as a budget gimmick that would provide only a short-term budget boost. "It's a calculation on the budget that buys (the governor) time, but it's not anything that's real or that can be counted," Greenwald told the news service.

Other N.J. lawmakers expressed concern that ending the tax deal could encourage some New Jersey businesses to move to Pennsylvania if the company's high-paid executives already live there.

Other tax reciprocity deals: If you live in other areas of the country and work across a state line, you might be able to take advantage of tax reciprocity.

The table below shows existing deals with links to the forms you need to file.

*Exemption forms should be filed with the taxpayer's employer.
Data from Intuit, TaxWise, AboutTaxes, Federation of Tax Administrators and PayrollTaxes

If your state isn't among those in the table, but you work in another one that withholds an income tax, all is not lost. Check into whether your state offers a tax credit for taxes paid to other jurisdictions.

Andy, I understand the argument, but I'm sort of shocked that Christie would propose anything that would mean a bigger tax burden, plus a lot more pain in calculating tax, for existing taxpayers. It is rather hypocritical on his part, even as he lets NJ state transportation infrastructure fall apart while he fights off a reasonable gas tax increase (one that could be phased in).