If you thumb through Internal Revenue Service instructions -- since we all want to make sure we get our taxes right, who doesn't? -- you're likely to run across photos of missing children. 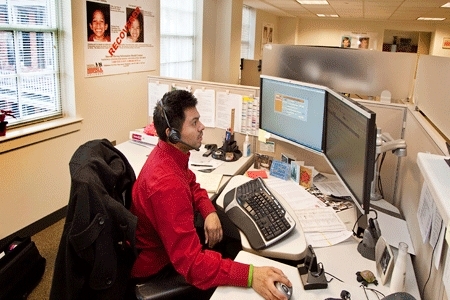 Man answering phone at a National Center for Missing and Exploited Children call center. Click image for info on how you can help.

This is a public service provided since 1999 by the IRS through its partnership with the National Center for Missing and Exploited Children. The photos, selected by the Center, are placed on tax document pages that otherwise be blank.

Now a new law is taking the IRS involvement in finding missing children even further.

Filing data can be shared in some cases: Just before the July 4 break, President Obama signed H.R. 3209, the Recovering Missing Children Act, into law.

The bill, sponsored by Rep. Erik Paulsen (R-Minn.), easily passed both the House and Senate earlier this year with bipartisan support. It also was endorsed by the National Center for Missing and Exploited Children, as well as many law enforcement organizations that investigate these tragic crimes.

Under the new law, missing children cases will be added to the existing list of circumstances under which the IRS may release tax information to investigating authorities. This could greatly aid law officers, especially in those nearly 200,000 a year children abduction cases where a youngster is taken by a relative or family member.

In 46 percent of those cases, says Paulsen, the relative that has illegally taken the child files a tax return that includes the youngster's Social Security number. When that happens, investigators will have access to the return's address where the missing child might be located.

Rep. Erik Paulsen speaks about the Recovering Missing Children Act on the House floor on May 10.
The House later that day passed the bill by voice vote. The Senate approved the measure on June 16 by unanimous consent.

"This new law will help reunite families by giving law enforcement the critical and necessary tools to fill the 'information gap' in missing and abducted children cases," said Paulsen in a statement after his bill became law on June 30.

"The Recovering Missing Children Act is a commonsense fix that will change the lives of children and families who face these scary and heartbreaking situations all across the country," said Paulsen. "I'm proud to have taken the lead on such an important issue and would like to thank my colleagues from both sides of the aisle for their support." 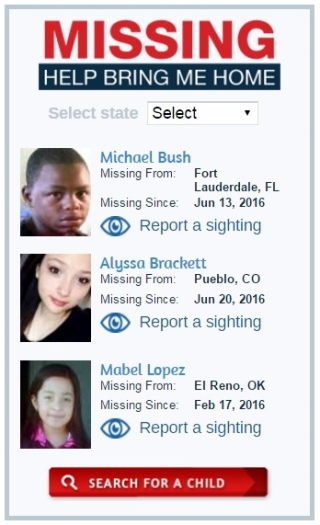 Sad tax breaks for parents of a kidnapped child: The life of parents of a missing child is consumed by efforts to find that son or daughter. But mundane tasks also go on and those angry, grieving, frustrated, determined parents must file their annual tax returns.

In the cases of a kidnapped child, the Internal Revenue Code allows parents a bit of a tax break.

Parents may claim a kidnapped child as a dependent if two conditions are met.

When both requirements are met, the parents of the kidnapped youngster generally can claim the child as a dependent, as well as take the exemption for the missing child and, if the youngster qualifies, the child tax credit.

Yes, it seems crass to think about filing taxes and getting a tax break for a missing child. But the tax action could provide some savings that the parents could use in their efforts to get their child back home.