The political version of The Apprentice is in high-gear today as Donald Trump prepares to name his vice presidential pick. 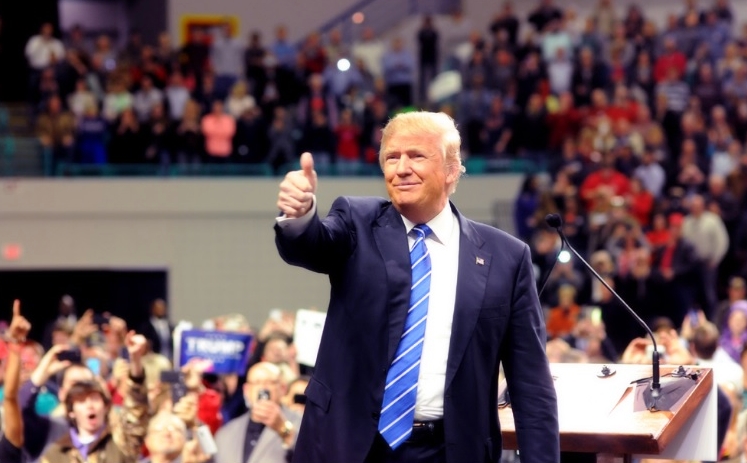 Donald J. Trump will soon have help on the campaign trail from his vice presidential pick, whom he's scheduled to name on Friday, July 15.

UPDATE, Thursday, July 14: Trump has postponed announcement of his running mate in light of the attack in Nice, France, on Bastille Day. However, if Indiana Gov. Michael Pence is the pick, we should get some indication by noon Friday; that's the deadline he faces to withdraw from the governor's race so that the Indiana Republican Party can name a replacement candidate.

Trump, the presumptive Republican candidate for the White House, reportedly is leaning toward has selected Indiana's GOP Gov. Mike Pence.

And while Trump spokesmen said earlier in the campaign that the reality-TV-star-turned-politician would demand to see the tax returns of any potential veep, the public might not get that same peek at the running mate's Internal Revenue Service filings, particularly if it is Pence.

It seems, you see, that Pence also has a penchant for privacy.

Private archives at public university: Pence, who's served as the Hoosier State's governor for the last four years, was a member of the U.S. House of Representatives from 2001 to 2012.

Records from those Capitol Hill years -- 23 cartons of paper documents and approximately 70 GB of electronic data -- are stored at Indiana University in Bloomington.

But the public is forbidden from seeing Pence's Congressional materials until either Dec. 5, 2022, or the death of the donor, whichever is later, according to the statement about the papers on the university library's website.

"It's not standard but it's not unusual," Dina Kellams, IU's director of university archives, told the Huffington Post.

Former Sen. Richard Lugar (R-Ind.) also donated his papers to IU with similar restrictions. Lugar reconsidered and opened up some sections of his archives, according to Kellams. The papers of former Sen. Birch Bayh (D-Ind.) are completely open.

A Trump tax 'reward': Given Trump's own aversion to opening up his private records for public inspection, specifically when it comes to his personal taxes, it's unlikely that the presidential nominee would ask his running mate to be more transparent than he.

Trump's tax returns, which he has yet to make public, were the topic of my post today at Bankrate Taxes Blog.

An anonymous individual has offered to make a $5 million charitable donation to the veterans nonprofit of Trump's choice if the GOP White House wannabe will release his returns.

But the generous offer, reportedly by a long-time registered Republican, is only good through tomorrow, Friday, July 15.

Since Trump is finalizing his vice presidential pick, which he's promised to announce tomorrow, I'm sure The Donald won't have time to focus on his taxes, too.

Plus, as Trump notes every time he's asked about his 1040s, the filings are being audited. He swears he'll let us all see them when the IRS is done.

I'm not holding my breath for such a revelation, even -- or maybe especially -- if Trump moves to 1600 Pennsylvania Avenue.

Tax ID theft filter filing issues:Also last this week at my other tax blog, I looked at other tax returns that get added scrutiny, this time as part of the IRS' efforts to reduce tax identity theft and refund fraud.

In fact, notes the National Taxpayer Advocate in her midyear report to Congress, the IRS' tax ID theft filters pose added filing problems for folks in need of quick refunds.

Yep, there always are unintended consequences when it comes to taxes, even in situations that have the best intentions.

I usually post my added tax thoughts at Bankrate each Tuesday and Thursday. That's true this week. But I usually don't blog about them here at the ol' blog until the following weekend.

But The Donald, as he is wont to do, is rewriting all sorts of rules, including mine for tax blogging!