Medical deduction itemizing threshold permanently dropped back to 7.5% of AGI

UPDATE, Dec. 27, 2020: The $1.4 trillion spending and COVID-19 relief bill that was signed into law today includes a welcome tax break on the deductibility of out-of-pocket medical expenses. The threshold for claiming eligible health care costs now is set back at 7.5 percent permanently.

UPDATE, Dec. 22, 2019: The Tax Cuts and Jobs Act (TCJA) that was signed into law on  Dec. 17, 2017, made it easier to claim itemized medical deductions. Under that tax reform measure, for tax years 2017 and 2018 taxpayers didn't need medical expenses that exceeded 10 percent of adjusted gross income (AGI). The threshold in those two years returned to the prior the 7.5 percent level.

This lower itemized medical expenses threshold was further extended on Dec. 22, 2019, by a tax extenders bill that continues the 7.5 percent of AGI through 2020, meaning more folks can claim bigger itemized deductions for those additional tax years.

I've reached a milestone age where doctors seem to think a person suddenly needs every test medical science has so far devised. 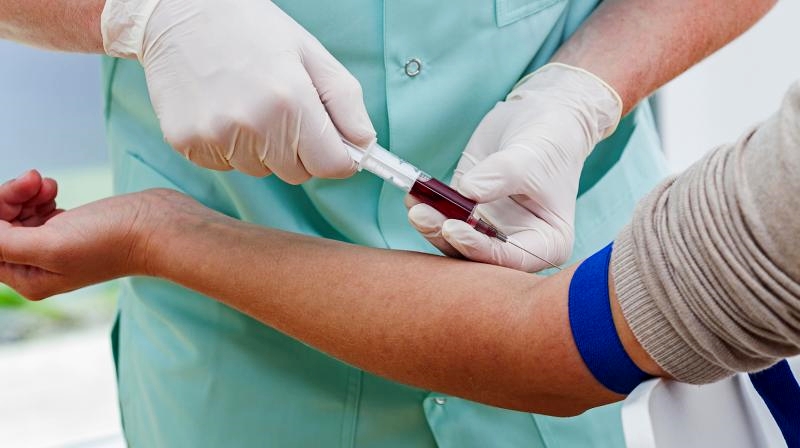 Routine blood tests were the least of my worries after my last doctor visit.

I am pushing back on some of my physician's suggestions for several reasons. They range from "I feel fine" and "I have no family history of that particular ailment/disease/condition" to "Ewwwww!" to "I don't have time" and "Wow, that costs an awful lot."

As for the expense argument, even though I have medical insurance, it has a deductible. A sizeable one. 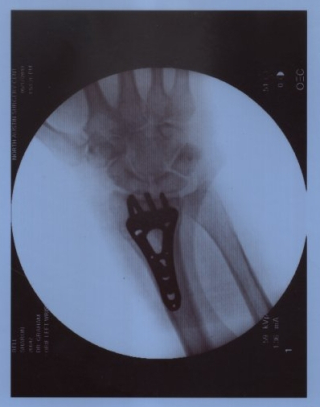 My medical approach generally is that the deductible is something I'll meet if I ever really have a major issue, like the time I broke my wrist and had to have surgery to put in the lovely plate and pins shown in that X-ray to the left.

Wait, I hear my tax-savvy readers asking, can't you write off those deductibles and copays and prescriptions that come out of your pocket?

Yes, yes, I possibly could and I appreciate you pointing out that potential tax-saving option.

It's a perfect transition to talk about medical deductions and age and a tax break that's ending on Dec. 31.

Itemizing is the Rx for medical claims: By now, most taxpayers know that folks can claim medical and dental costs as long as they follow some Internal Revenue Service rules.

The first one is that you itemize rather than claim the standard deduction. This means your medical costs and other things you can itemize, such as charitable donations and certain taxes paid and some home-related costs, must be more /than your standard deduction amount.

If they aren't greater than your standard claim amount, there's no reason to go to the trouble of collecting receipts and filing Schedule A.

Adding up your costs, age: If you do find, however, that you'll do better tax-wise by itemizing, then your medical and dental expenses must meet a certain threshold.

For the 2016 tax year, individuals younger than 65 must have medical costs that exceed 10 percent of their adjusted gross income. That's more than you might realize.

Even then, it's only the amount beyond $7,500 that can be counted when you itemize. If your deductible medical costs for the tax year are $7,850 then you can only deduct $350.

If, however, I was 65 or older (no, that was not the medically notable age to which I referred at the beginning of this post; you'll just have to keep guessing), I'd only need to accumulate medical costs totaling more than 7.5 percent of my AGI in order to deduct them as itemized expenses.

In this age-specific tax instance, I'd only need doctors' bills in excess of $5,625.

Having spent the last five years with my senior citizen mother nearby, I know that this is an amount and percentage that can be hit very quickly.

But this is the last year that filers age 65 or older will get this lower threshold to claim medical deductions. This striked-out language is no longer the case thanks to, as noted in the update intro, changes in the Tax Cuts and Jobs Act enacted on Jan. 1, 2018; an extenders bill that passed at the end of 2019; and finally a permanent change in the 2020 federal spending (and more) bill.

Lower medical costs level leaving: The smaller deduction threshold for older filers was granted as part of the Affordable Care Act, aka Obamacare.

The 7.5 percent was in effect when the law was enacted in 2010, but to pay for the ACA, the threshold was hiked to 10 percent beginning with the 2013 tax year.

However, since many older folks tend to have lots of medical expenses and lower, often fixed incomes, the law and subsequent changes allows them to keep the 7.5 percent threshold temporarily permanently.

The full 10 summertime tax steps to take are:

Check out the article for more on each of these summertime tax moves.

But since I did start here with medical costs, let me close with a bit more elaboration on this specific tax action area.

Diagnosing medical deductions: In general, to deduct your medical costs you need to, as noted earlier, itemize and exceed the expense threshold.

You also need to make sure your medical costs qualify. This generally means most medical and dental costs that you paid for yourself, your spouse and your dependents including, such as:

IRS Publication 502 has more on, along with examples of, medical costs that you can and can't deduct.

Also note that the IRS does not tolerate double dipping when it comes to tax breaks. So if you use money from your Health Savings Accounts (HSA) or medical flexible spending account (FSA), both of which usually are tax free, to pay for health-related treatments, you can't count those expenses on Schedule A.

If you have any questions, your tax software or the IRS' interactive tax assistant tool can help you determine whether you can deduct your doctor and dental expenses.

This was nicely done. Please note that for 2017 all recipient younger and older than 65 years old can only claim the amount over 10% of the AGI. The Obama provision for seniors over 65 of over 7.5% of the AGI can be claimed until December 31st, 2016.

Kate, thanks so much for your very nice words. You made my day! Kay

Cool post! You write about taxes and finances in a very simple , human way. Thanks!