The Internal Revenue Service says taxpayers should use any legitimate tax break to which they're entitled to help reduce their tax bills.

Professional boxer Floyd Mayweather, Jr., however, seems to be pushing that recommendation. 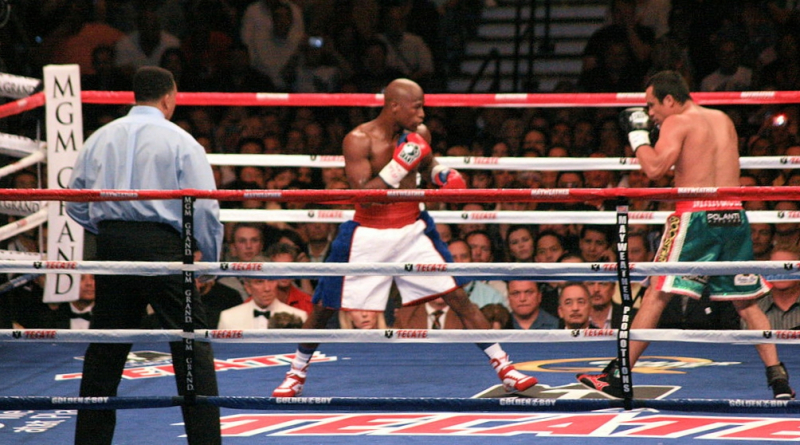 Mayweather, who counts Money among his nicknames (and shows why in his Instagram account), reportedly sent a Las Vegas strip club a 1099 tax form in an apparent attempt to write off a visit there as a business expense.

Form 1099-MISC typically is issued by a business to a vendor to verity that the company made payment and to support any deductions in connection with the payment. Of course, since the IRS is copied, the recipient of the 1099 then must include the amount show on the document on his/her tax filing.

That's how much money the former welterweight champion reportedly dropped at the club, literally in a couple of instances when Mayweather made it rain during a strip show back in May 2014, according to Daily Mail Online.

The British newspaper's website reported that Mayweather and members of his Money Team entourage tossed $15,000 in single dollar bills at performers on the club's stage and spent another $5,000 during the outing.

The 1099 wasn't issued, however, until more than two years later. The IRS requires payers to issue the form by Jan. 31 of the year following payment, both to those who got the money and, beginning in 2017, to the federal tax agency.

And the Form 1099 that Daily Mail obtained is for the 2015 tax year, not the prior year visit when the 20+ grand reportedly was spent by Mayweather and his pals business colleagues.

Wrongly sent form? Jeffrey Morse, a tax attorney for Mayweather Promotions LLC, told Daily Mail Online that the 1099 may have been issued in error. 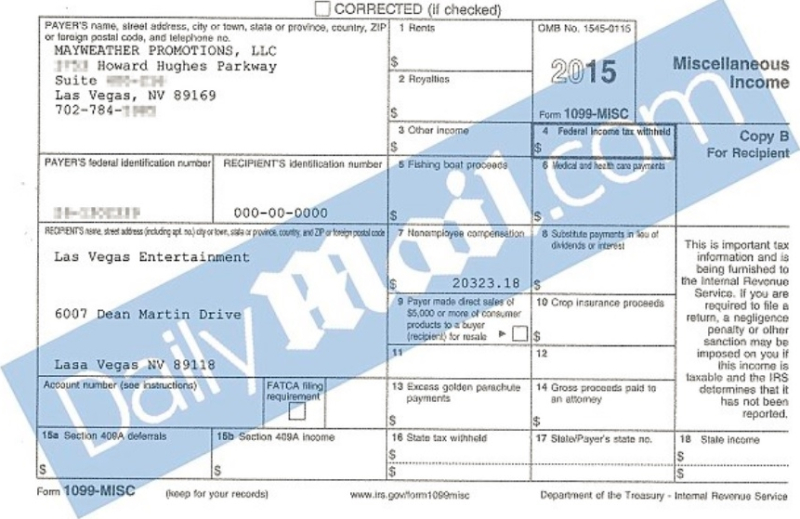 The strip club certainly hopes so.

The club's corporate operating company Las Vegas Entertainment is shown as the recipient of the nonemployee compensation and therefore must pay tax on the amount listed.

That, according to a Hustler Club representative, is incorrect. The club didn't get Mayweather's money. The cash went, reports Daily Mail Online, to "dozens of naked Hustler Honeys who clambered to gather the cash on the floor."

I'm sure the attorneys for both sides will work this out, with the also IRS keeping a discreet eye on the matter, tax only, of course!

Messi and more: The Mayweather situation is just the latest instance of tax complications that professional athletes are often entangled.

Last week at my other tax blog, I posted about the tax mess in which soccer (or football for all you international readers) superstar Lionel Messi continues to be mired.

On July 6, Spanish court found the Barcelona forward guilty of three counts of tax evasion and sentenced Messi to 21 months in prison.

Messi is appealing the ruling. Regardless of the appellate outcome, under Spanish law he's not likely to spend any time behind bars.

Also over at Bankrate Taxes Blog, which turned out to be sports tax week, I blogged about the $54 million luxury tax the Cleveland Cavaliers face.

Apparently, the new national Basketball Association champions busted the league's salary cap in their quest for the city's first title since 1962. I suspect the players, team owner and fans think it is a tax well worth paying.

I usually post my additional tax thoughts at Bankrate on Tuesdays and Thursdays. Then I try to post highlights of those items here at the ol' blog the following weekend . Thanks for reading here and there.