Last week was not a good one for the presumptive Republican presidential nominee. 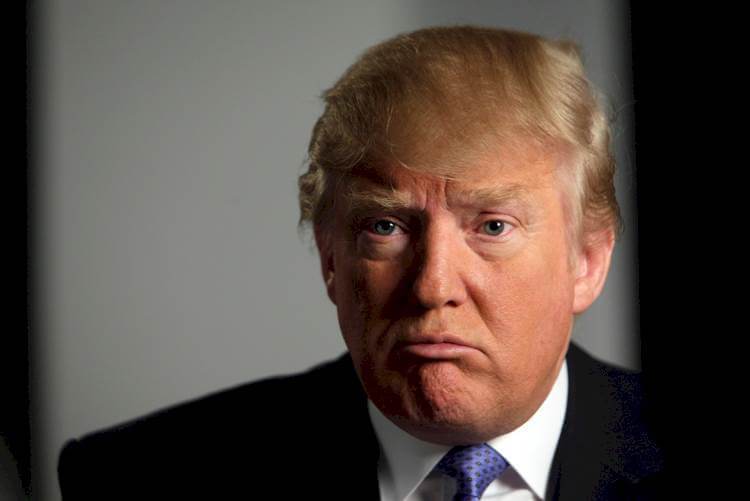 Terrible | Veterans questions testily answered: Donald J. Trump was forced by persistent inquiries to finally fulfill his promise of distributing donations to veterans' charities for which he held a fundraiser back in January. He handled it with all the aplomb and grace we've come to see so far in his quest for the White House. (Sorry about my sarcasm font not working on that last sentence.)

Awful | Trump loses tournament: Then his golf course in South Florida lost a key event. The PGA Tour announced that it's moving its 2017 WGC-Cadillac Championship from the Trump National Doral golf course to a location in Mexico. The reason is one close to Trump's heart, money. The PGA Tour said it was unable to line up enough sponsorship dollars to keep it at the Miami-area course.

Horrible | An insider's view of Trump U: Next, after the judge in the California class-action lawsuit against defunct Trump University ordered some of the documents in the case released, we got a look last week at how the training system did, or didn't, work. The documents included so-called playbooks that indicate the organization's principal goal was to sell and/or up-sell students rather than educate them. You can bet the material is already being worked into Democratic campaign ads.

No Good | Foreign policy credentials questioned: Speaking of Democrats, also last week the Party's likely nominee Hillary Clinton skewered The Donald's foreign policy positions and capabilities in a televised speech that took the cameras off Trump for a while and put the political policy heat on him. As expected, the former Secretary of State's remarks didn't sit well with @realDonaldTrump, who headed to Twitter to make his rebuttal.

Very Bad | Reptilian warning: And finally, down here in Texas, which has a fair number of fans of the reality TV star, a political prankster hacked an electronic road sign to warn motorists that Trump is a shape-shifting lizard.

Whatever you think of Trump or lizards or either version of the television show V, I'm pretty sure the sign's message wasn't/isn't true.

So at least The Donald can chalk up a win here. I think.

Better News | No Trump tax hack: The Donald also got one more bit of good news last week. Hackers did not get their hands on his recent tax returns.

That rumor was started by a May 27 item on the fake new/satirical website Free Wood Post that made the social media rounds last week. It claimed:

[T]he mysterious hacker collective known as Anonymous hacked the main database for the Internal Revenue Service. The group appeared to have a singular target — Republican Presidential contender Donald Trump. Though Trump has been criticized by both parties for his failure to produce his tax returns, he has consistently refused to do so saying, "You don't learn anything from a tax return." After hacking Mitt Romney’s tax returns in 2012, Anonymous clearly believes that knowledge and transparency are important to the public.

Sorry all y'all out there waiting for Trump to share his 1040s with us. This was just a joke article.

We'll have to be content for a while longer with just glimpses of The Donald's returns from 1978 and 1979 that show he paid no federal income taxes in those two years.

And we'll just have to hope the IRS finishes up its audit of his more current filings so we can see those returns before Nov. 8.