It's been more than a year since hackers were able to get into the Internal Revenue Service's online database of taxpayer transcripts. 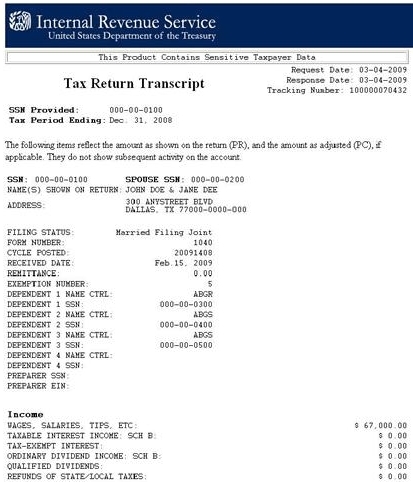 The agency initially thought that cyber crooks got data on around 104,000 filers when they broke into the Get Transcript tool.

The hack, which apparently started in February 2015 and was made public three months later, was accomplished by criminals using personal information that they got from sources outside the IRS.

By August, the IRS investigation revealed that the hacked tax account tally was closer to 334,000.

Your tax life in an alternate form: Tax transcripts aren't just copies of the 1040s you filed.

Rather, they take most of the line items contained on a return as it was originally filed and put it into a text document, like the sample above. This includes income amounts, types of income, dependents claimed, etc.

Basically, the crooks who got the transcripts knew as much about the individuals' whose return data they stole as does Uncle Sam, which is a lot.

It eventually let people again use the online transcript option, but only to request that the IRS mail a paper copy of the prior filing data to the taxpayer.

Random downloads available: There was no big announcement of the change, but if you went to the Get Transcript page in late May you learned that you now might be able to immediately download your tax transcript.

"Randomly selected page visitors are offered a Get Transcript Online option," according to the website. 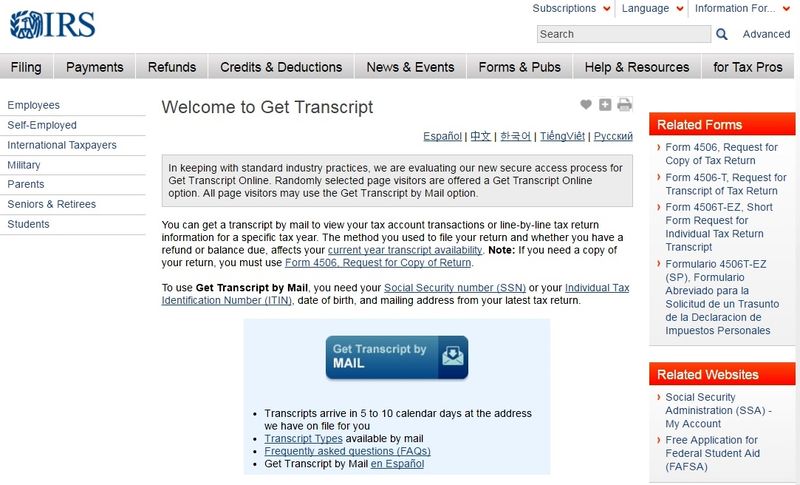 But then, you still might have to wait for your transcript. Your request could be one of those where the IRS will send you the paper version via the U.S. Postal Service.

So the transcript online tool right now is sort of the IRS' version of a tax information slot machine.

Standard testing protocol: The maybe/maybe not chance of getting instant online access is, says the IRS, "in keeping with standard industry practices" of "evaluating our new secure access process for Get Transcript Online."

You can get more information about the new authentication and access process at the Get Transcript FAQ page, updated May 23.

Once the testing of the tighter security system is complete, the IRS says it will announce a full re-launch of Get Transcript Online.

In the meantime, take a spin at the Get Transcript page.

If you're lucky enough to hit the transcript download jackpot, great.

If not, or you're simply still not quite confident in the IRS' security breach upgrades to the tool, you always can still order a transcript by mail.