Mother Nature got a jump on the 2016 storm calendar, creating Hurricane Alex back in January and Tropical Storm Bonnie four days before today's official start of the Atlantic hurricane season. 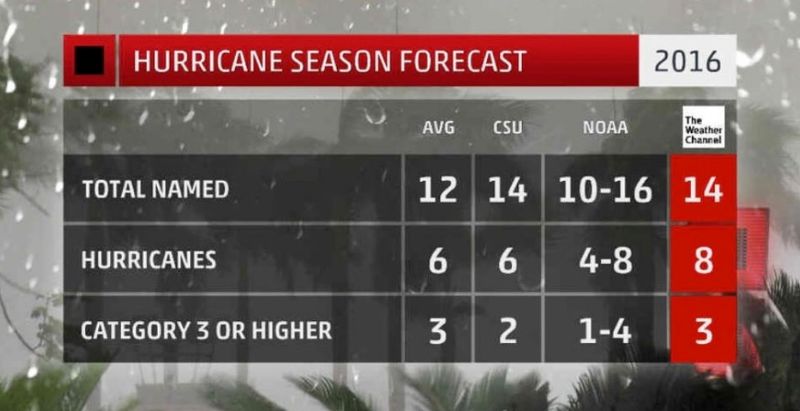 Does that mean we'll have more storms this year than the dozen or so that are predicted? Maybe. Maybe not.

Weather prognostications from a variety of weather agencies earlier this year pointed to a normal season. The 30-year historical average is 12 named storms, six hurricanes and three major hurricanes.

But today, the official June 1 start of the tropical storm season, at least one group of forecasters bumped up its numbers.

CSU hurricane watchers now expect six of this year's storms to be hurricanes, with two of them attaining major storm status. If this holds, the 2016 Atlantic hurricane season is expected to be the most active since 2012.

President and I urge preparation: That's why it's time to get ready. Preparation is critical even if you don't live on a coast. The storms usually move hundreds of miles inland, dropping copious rain that produces dramatic, and often deadly, flooding.

Even the president, who's visited his share of disaster areas during his seven and half years in the White House, got involved in getting out the get-ready word. 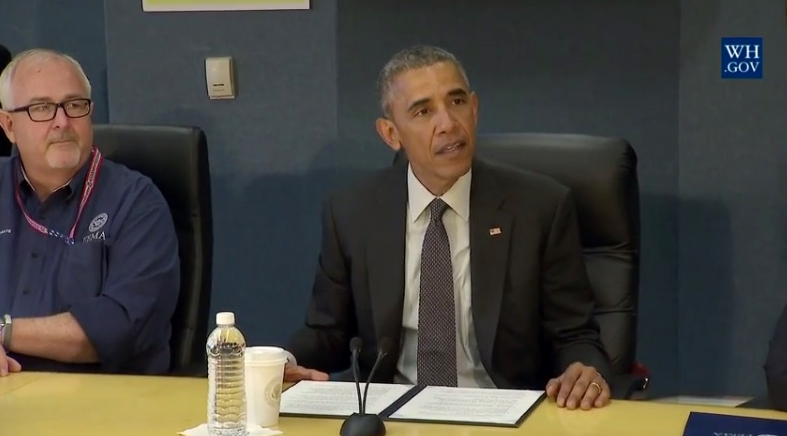 You also can find tips on preparing for hurricanes and other natural catastrophes at the ol' blog's special Natural Disasters Resources page.

That collection of blog posts also has information on dealing with a storm's aftermath. And that, of course, includes the tax implications.

If you do happen to incur damage from a tropical system this year, or any other major natural disaster, this week's featured Weekly Tax Tip has details on how you can use the tax code to get special relief to help make repairs.

How many don't matter: Remember, the numbers of predicted storms are just that, numbers. The real effect of hurricanes depends not on how many form, but how many make landfall and where.

The 1983 hurricane season produced only four named storms, but one of them was Alicia. The Category 3 hurricane hit the Houston-Galveston area, killing 21 people and causing $2.6 billion (1983 inflation adjusted dollars; that's more than $6 billion in today's dollars) in damage. It was the worst Texas hurricane since Hurricane Carla in 1961 and the first billion-dollar tropical cyclone in Texas history.

Similarly, the 1992 hurricane had only six named storms and one subtropical storm. However, one of those named storms was Andrew, which devastated South Florida as a Category 5 hurricane. Sixty-five people lost their lives. Andrew's winds of up to 165 mph obliterated more than 25,000 houses in Miami-Dade County alone. Nearly 100,000 more were severely damaged, resulting in a damage cost exceeding $26 billion.

In contrast, the 2010 season was out of control numerically. Nineteen named storms and a dozen hurricanes formed in the Atlantic Basin, but only one tropical storm made landfall in the United States. Not a single hurricane made it ashore in the U.S. six years ago.

So don't be freaked out by this year's prediction of a more active hurricane season. But don't disregard the possibility you could be affected by a storm.

Get ready now for whatever Mother Nature and the Atlantic Ocean might send our way.