When Crain's New York Business reported in March that self-proclaimed brilliant businessman Donald J. Trump got a tax break available only to folks making $500,000 or less, the ostensible billionaire's people said it was a mistake. 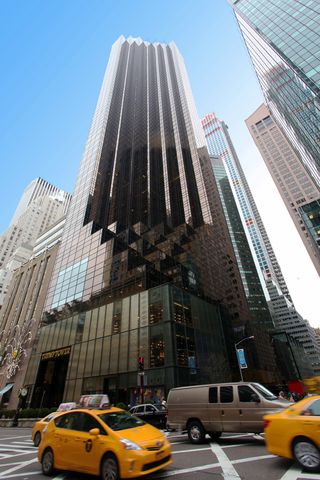 If that's true, it's an error that's being repeated.

Crain's June 6 online article says that Trump once again received a middle-class tax break on the property tax bill for his luxurious apartment in Trump Tower (pictured at left) on Fifth Avenue.

The initial report that Trump, the presumptive Republican presidential nominee, was poor enough to get a special Big Apple property tax break seemed to indicate why he's so reticent to share his tax returns. This repeat of the tax benefit will only reinforce the perception that Trump's not as rich as he so loudly contends.

In fact, it is the decidedly smart tax thing to do, regardless of the type of tax to which your tax reduction maneuvers apply. Even the Internal Revenue Service says you should pay the lowest legal amount of tax possible.

But to qualify for New York's School Tax Relief, or STAR, program as apparently The Donald did and still does, a person can make "only" $500,000 or less. (Remember, middle-class amounts are different in New York and especially in New York City.)

Of course, a person's total net worth and taxable earnings are totally different things.

Still, if your reputation and self-worth are inextricably tied to always showing that you're all about the big bucks, being a technical half-millionaire can be a bit embarrassing.

Mistake or lower-tax truth? Despite Trump's insistence that the tax savings reported by Crain's months ago was in error, the business newspaper says that The Donald is getting the same benefit this time, too.

Trump's latest quarterly property tax statement, dated June 3, on his midtown Manhattan condo shows a bill of $96,611.23 due by July 1.

That almost $97,000 property tax bill earns the latest By the Numbers recognition.

Trump's most recent real estate tax bill, like the one reported in March, would have been bigger, but the tax statement (excerpted image below) shows that Trump again received "Basic STAR - School Tax Relief."

Tax collector oversight again? I don't know about Empire State tax collectors, but here in Texas, which relies heavily on property taxes since we don't have a personal income tax, the taxing jurisdictions don't go out of their way to provide tax breaks to real estate owners.

Here in the Lone Star State we have to ask demand every possible exemption, verify to the tax office that we deserve it and then keep an eye on our subsequent bills to make sure the tax breaks are applied.

Maybe it's just the tax geek (and cynical) part of me, but until shown otherwise, I'm believing that New York tax officials know exactly what they're doing in issuing Trump's bill with the STAR benefit. And so does The Donald.