Donald J. Trump has built his brand on being a successful businessman who's made billions. 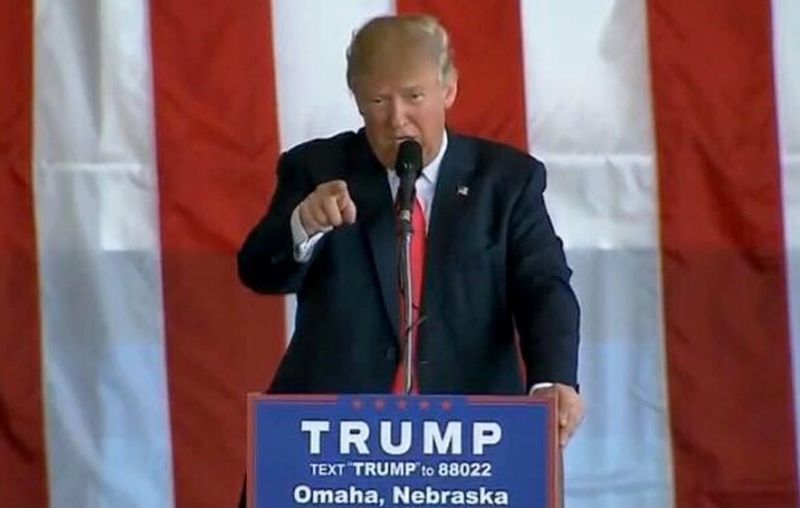 We're just going to have to take him at his word that he makes billions. That's asking a lot, since Trump regularly, shall we say, deviates from the truth.

But that's where we are and apparently will remain. Trump told the Associated Press in an interview published today (May 11) that he likely won't release his tax returns before the Nov. 8 general election.

Who's surprised that Trump is backing away from his original pledge to eventually show us his tax returns? Anyone? Bueller?

Now or never: If Trump doesn't open up his tax filings for public scrutiny by then, then we'll likely never see them.

If he loses the election, there's no reason for him to reveal his 1040s.

And if Trump wins, he'll use the same reason for keeping them secret that he's now using: He can't open the flings up for public review because the Internal Revenue Service is auditing them.

As president, Trump will find that IRS examiners routinely give the Chief Executive's annual return an extra once over. Or as current IRS Commissioner John Koskinen revealed, the agency audits every president every year that he (so far) is in office.

And if Trump keeps his filings private, he would be the first candidate since 1976 not to release tax returns.

Taxpayers often provide tax returns to companies even during an audit, because the original return reflects a taxpayer's factual tax status from the time of the filing.

"The returns themselves are the issue," says Everson. "If they're adjusted through the audit process, fair enough, [but] that doesn't change what he's filed."

And while there's no requirement that a presidential candidate (and his/her vice presidential choice) release tax returns, it has become a campaign tradition.

Trump, however, disagrees. And in fairness, so do many tax professionals.

But many others, from tax pros to tax law professors to political participants and observers, join Everson in questioning the audit excuse.

What's The Donald hiding? I'm among the "really, Donald?" group. I suspect that the way he structures his tax filings reduce his income to a level that greatly contradicts his bombastic personal wealth assertions.

His ego won't let him reveal actual numbers that don't add up to his boasting, at least not in the easily Twitterable way he loves to communicate.

C'mon, Donald. What are you afraid of? That voters won't love you as much if you're not as rich as you claim? That upon discovering the discrepancy the public, taking a cue from your penchant for assigning derisive nicknames, would take to calling you Poor Donald?

More than tradition: May I speak directly to you for a minute, Donald (and may I call you Donald)? You are a presidential candidate and you need to start acting like it.

The release of tax returns is a tradition that, despite Trump's assertion to the AP that he doesn't believe voters are interested in his taxes, is important.

I'm not arguing to see Trump's taxes simply because I'm a tax journalist and blogger. I'm asking to see them as a voter being asked to make a critical decision about the future, at least for four years, of my country.

OK. Full disclosure again. I've already decided that I won't be voting for Trump, if he indeed secures the GOP nomination, on Nov. 8. But others haven't made up their minds. They deserve all the information available to help them decide.

Truth, transparency and accountability: The release of a candidate's tax returns, however, is more than a mere tradition.

And it's more than U.S. reality TV junkies being voyeuristic. There really are some good lessons to be learned from tax Peeping Toms.

The opening of a presidential candidate's tax returns for public inspection is about tax transparency. And it's one, thanks to the Tax History Project, that's been around for decades.

Why taxes? Candidates file all sorts of public financial documents when they run for office.

Taxes are especially important because the annual submission of 1040s to Uncle Sam is one of the few things that Joe and Jane Q. Public have in common with the leader of the free world.

Plus, since taxes play such a big part in our government's operation and our personal lives, the returns of the person who wants to lead our nation offer valuable insights about that person.

We, of course, are interested in knowing what tax rate the candidates pay. We can be impressed that they are able to utilize tax laws to lower their taxes that much.

Or we can be jealous.

Or we can condemn the candidate for being part of the 1 percent getting richer in part by paying less tax, percentage-wise, than many lower earning taxpayers face.

A fuller look into a candidate: But more than just the bottom line tax number, a full disclosure of not just a 1040 but also all associated forms -- which have been released by only one candidate this year, Hillary Clinton -- allows us to see why the White House wannabe pays precisely what he or she (or they, since most file joint returns with their spouses) owe.

Are the candidates claiming perfectly legal loopholes to lower their bills? On one hand, good for them. Even the Internal Revenue Service tells us all taxpayer that we should use all legal tax reduction options to pay as little as we can each filing season.

Knowing what's personal when it comes to tax to the people who want to lead our country gives us an idea of how much they will fight for or against any Internal Revenue Code changes.

We also get a look into the candidate's approach to charitable giving. Empathy and compassion are tendencies most of us appreciate and expect in others, including our Commander in Chief.

Those deductible donations itemized on Schedule A could provide us with some valuable insight into the person, not just the campaigner, seeking our country's highest office.

A shared U.S. experience: Trump's tax returns also could be informative on tax, public policy and personal trust levels for a variety of other reasons, as also detailed in that same post in which Everson was first quoted.

I won't rehash them here, but recommend you give it a read. Many of the release-your-returns arguments were enumerated by a Pulitzer Prize winning tax author.

Ultimately, each candidate's opening of his or her personal tax returns is an indication of the potential president's willingness to be honest with the voters and allow us to hold them accountable.

We deserve and need more than soundbite catchphrases and vague and often inflated promises.

We need and deserve some tangible proof that the person who sits in the Oval Office follows the same tax rules, regardless of whether we think the laws are fair or need to be changed, as each of us individual taxpayers do.

If you want to lead us, Donald, let us see that you're really like us, at least on the tax front.

You are not very adept at hiding your hate. Where are your blog posts about Hillary's dishonesty? You are more transparent than the last dress J-Lo wore to the Emmys. Stick to taxes, please.

Give the benefit of the doubt.