The 2016 presidential campaign has been an unusual one in many ways.

The so-called political establishment has been under fire on both the Democratic and Republican sides. Usually reliable pollsters and pundits have seen their projections upended by a new type of electorate. And social media has become a major player in the race for the White House.

But one thing hasn't changed. The presumptive GOP nominee is as reluctant in 2016 to release his federal tax returns as was the 2012 candidate.

This year, it's Donald J. Trump who says he won't release his tax returns until the Internal Revenue Service completes its audit(s) of his filing(s). 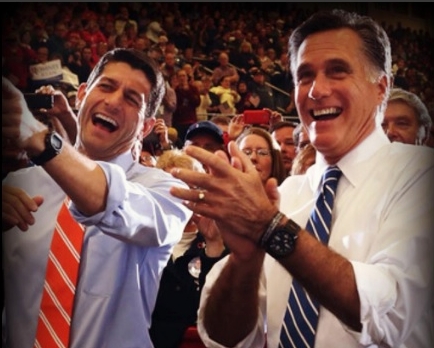 Four years ago, it was Republican presidential hopeful Mitt Romney who came under public pressure for delaying release of his tax returns. Romney finally revealed his full and final 2011 filing less than two months before election day.

Romney also is one of the loudest voices this year calling on Trump to be transparent about his personal taxes.

Reported Romney tax hacker convicted: Four years ago, before Romney revealed some of his federal filings, anonymous hackers claimed to have Romney's tax returns and demanded a $1 million Bitcoin ransom to keep them private.

That claim turned out to be fake. And criminal.

And last week, a Tennessee man was found guilty by a federal jury in Nashville of extortion and wire fraud in connection with the hacked Romney tax return claim.

Michael Mancil Brown, 37, of Franklin, Tennessee, was convicted May 12 of six counts of wire fraud and six counts of using facilities of interstate commerce to commit extortion.

Since the charges totaled 12, the crime was committed in 2012 and the verdict was delivered on May 12, the number 12 earns this week's By the Numbers honor.

The material on the machine, according to the U.S. Department of Justice, implicated Brown in the criminal attempt to defraud Romney, PwC and others.  by falsely claiming that he had gained access to the accounting firm's internal computer network and had stolen Romney tax documents.

Brown could be sent to federal prison for up to 20 years on the wire fraud charges and up to five years prison time on the charges of extortion. He also could be ordered to pay fines of up to $250,000 and make restitution to victims, which include Romney and his wife Ann (who cosigned the couple's joint returns) and PwC.

A sentencing hearing is expected in August.

Trump a target? I doubt we'll see a similar scheme when it comes to Trump's tax filings. But I also wouldn't be surprised to see someone say he or she knows what The Donald's tax returns include.

I also wouldn't be surprised if that person(s) tries to sell the information.

After all, someone trying to make a business deal for the scoop on the self-avowed billionaire businessman's taxes, perhaps with a tabloid that competes with Trump's favorite National Enquirer, would be perfect.

And it would just add to the weirdness that is the 2016 presidential election campaign.