Panama Papers players revealed in massive online database, but no big name Americans on the list

A little more than a month ago, inquiring tax eyes were focused on Panama. Specifically, folks were curious about a law firm in that Central American nation that allegedly helps the wealthy stash cash in global accounts that are out of reach of their nations' tax collectors. 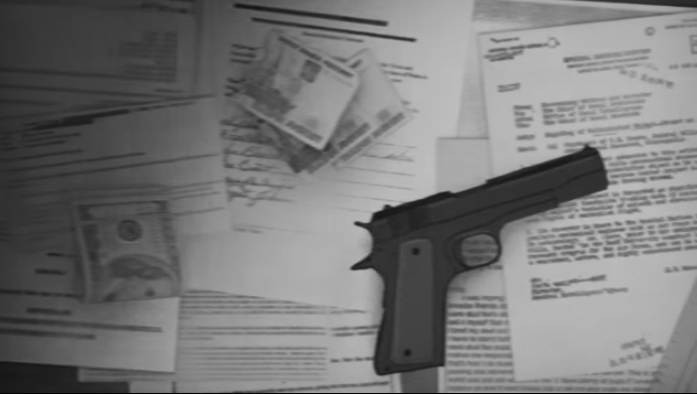 ICIJ has produced a video, The Panama Papers: Victims of Offshore, that shows what the organization says are the unseen victims behind the email chains, invoices and documents that make up the Panama Papers and the shadowy offshore industry.

A couple of U.S. states, Nevada and Wyoming, were named as international tax haven locales in the around 11.5 million documents leaked from the Panama-based law firm Mossack Fonseca. Those materials comprise the so-called Panama Papers.

This first glimpse into the global jurisdictions that welcome money from other nations essentially showed us the where. Now we're getting the who.

More data, and names, now online: On Monday, May 9, the International Consortium of Investigative Journalists (ICIJ) opened up its Panama Papers searchable database to the public. The online data, says ICIJ, "strips away the secrecy of nearly 214,000 offshore entities created in 21 jurisdictions, from Nevada to Hong Kong and the British Virgin Islands."

ICIJ says the database, which also includes information about more than 100,000 additional offshore entities ICIJ had disclosed in similar 2013 investigation, "is the largest ever release of information about offshore companies and the people behind them. This includes, when available, the names of the real owners of those opaque structures."

In all, the interactive application reveals more than 360,000 names of people and companies behind secret offshore structures. As the data are from leaked sources and not a standardized registry, there may be some duplication of names.

But, notes the journalist organization, no raw documents or personal information is being released en masse. "The database contains a great deal of information about company owners, proxies and intermediaries in secrecy jurisdictions, but it doesn’t disclose bank accounts, email exchanges and financial transactions contained in the documents," according to ICIJ.

Americans in the Panama Papers: So far, though, there haven't any OMG names in the United States portion of the database. In fact, points out Politico's Morning Tax newsletter, the Panama Papers latest release is short on Americans.

Apparently, notes Politico, Mossack Fonseca wasn't really that into working with U.S. citizens. ICIJ reporters also cited some hesitation on those involved in the Panama Papers based on fear of U.S. law enforcement authorities.

One U.S. resident that did get attention is Len Gotshalk, a former offensive lineman with the NFL's Atlanta Falcons. The one time professional football player, according to ICIJ , was one of at least three dozen Americans with questionable pasts that found representation with Mossack Fonseca.

The Miami Herald reports that although Gotshalk was named in 2010 in a federal indictment charging him as a key player in a scheme that used kickbacks and other tactics to inflate the prices of tech company stocks, he was able to transfer more than $3,000 through Mossack Fonseca to pay for a British Virgin Islands company called Irishmyst Consultants Limited.

Outrage but no legal action: While there have been consequences for some named in the Panama Papers (Iceland's prime minister resigned after public outcry over the British Virgin Islands company he and his wife co-owned), there aren't at the moment any formal charges of illegal tax activity related to the trove of documents.

In fact, as President Barack Obama pointed out in discussing tax havens after the initial Panama Papers report, the biggest tax problem is that was that many of the schemes revealed by the ICIJ investigation were legal. "It’s not that they're breaking the laws, it's that the laws are so poorly designed,” Obama said.

But the tax curious and investigators worldwide will be sifting through the Panama Papers for months. And any final determinations of illegality and possible ramifications could take years.

From football to basketball: Another professional athlete, this one still playing ball, also was part of a tax item last week at my other tax blog.

That Bankrate Taxes Blog post last Tuesday, May 3, focused on another tax break for the rich that, like some tax havens, is legal but seen by many as unfair. In it, I looked at how quickly the NBA's Cleveland Cavaliers star LeBron James reaches the Social Security earnings cap.

That means King James makes millions that aren't subject to the payroll tax that all us regular workers must pay on our entire salaries.

Also at my other tax blog last week I looked into the recent breach of some ADP W-2 data. The hack into the payroll company's database gives the successful tax identity thieves all they need to file fraudulent tax refund claims in the ADP clients' names.

I usually post my additional tax thoughts at Bankrate on Tuesdays and Thursdays and then provide highlights and links here the following weekend. Well, as you can see, my weekend was otherwise occupied, so here's the report today.

And yes, once again this feature is going up on Tuesday, meaning there's a new item over Bankrate to kick off this week's blog posts there. If you want, you can check it out now. Or you can wait and see if I get my act together enough this coming weekend to post a report on those items then.