If you're reading this post, thanks. You could be out there on the road, getting a head start on the long Memorial Day weekend. 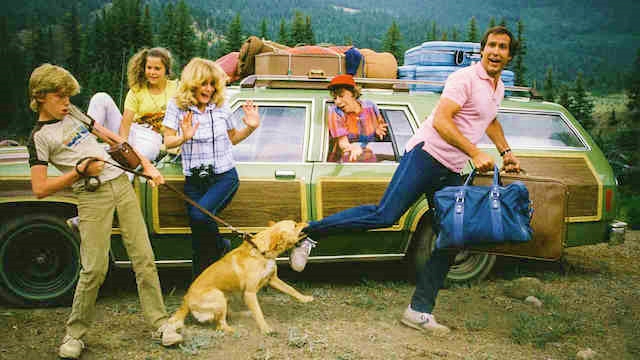 The annual three-day weekend at the end of every May is the traditional, although unofficial, start of the summer vacation season. And most of still take our mid-year trips in our autos.

Near record on the road: AAA expects more than 38 million Americans will travel this Memorial Day weekend. That's about 700,000 more motorists this May 26-30 compared to the holiday weekend last year.

If AAA's 2016 projection holds true, it also will be the second-highest Memorial Day travel volume on record and the most since 2005.

The turn to road travel this year is prompted in part by the hassles at the nation's airports. But the biggest motivator, says AAA, is gasoline prices that are at their lowest in more than a decade.

"The great American road trip is officially back thanks to low gas prices, and millions of people from coast to coast are ready to kick off summer with a Memorial Day getaway," says Marshall Doney, AAA President and CEO.

AAA estimates that Americans have saved more than $15 billion on gas so far this year compared to the same period in 2015.

Gas taxes add to pump prices: Although drivers are enjoying low pump prices, be aware of regional and state differences as you travel.

Taxes are one of the reasons for the variations in what a gallon of gasoline costs from state to state.

The federal gas tax has been stalled since 1993 at 18.4 cents per gallon. States, however, have more flexibility on charges they add to fuel, from excise taxes to a variety of fees.

This week's featured tax tip looks at the 10 states with the highest combined federal and state gasoline taxes. They are, highest taxes and fees listed first:

The full tip over at Bankrate.com provides details on why these states are atop the American Petroleum Institute's (API) latest quarterly survey, published April 1.

This year, 23 states have gas taxes and fees that are greater than 48.04 cpg. 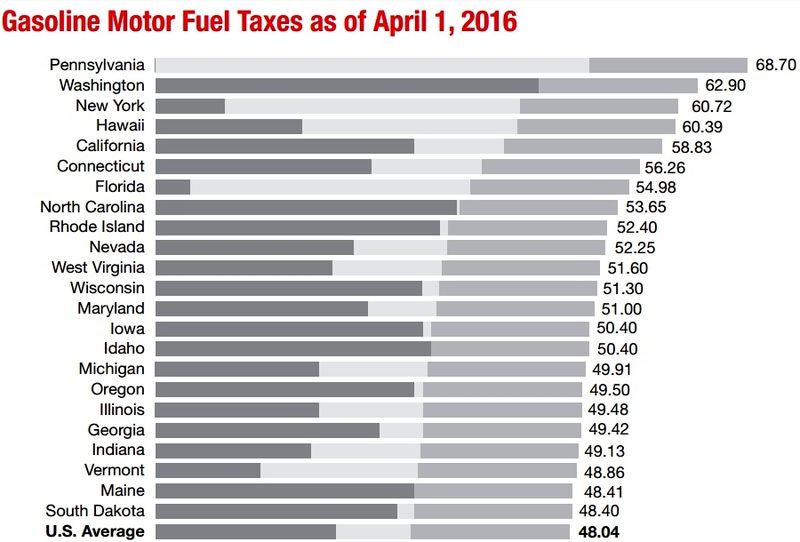 If you're not hitting the highways in those 23 states, the API map below gives you an overview of what you can expect to see added to the gasoline elsewhere across the country. 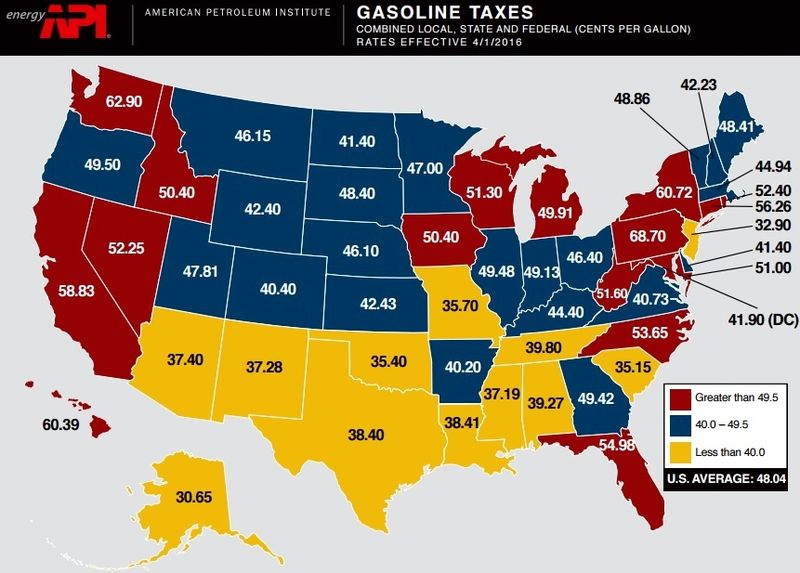 API Disclaimer: This report is posted for informational purposes only and should not be relied upon or used for compliance purposes.

Depending on where you're driving this Memorial Day holiday, budget accordingly.

And drive safely on this long -- and crowded -- holiday weekend, as well as every time you are behind the wheel.

good advice to those who are travelling over the summer.