It's Derby Day. No, not the hat, although fancy chapeaux are a big part of the big race in the Bluegrass State.

Well-dressed racing fans at the 2008 Kentucky Derby. Photo by Lee Burchfield via Flickr.

It's the running of the Kentucky Derby, the first leg of horse racing's Triple Crown.

Winning race bets are taxable: The tax focus on this and other big betting days usually is the taxability of gambling winnings.

But since everyone already is well aware of that their winning -- or placing or showing -- slips likely will produce a tax bill, I'm looking this year at the tax matters that affect the horse owners.

While the folks who own a piece of the winning animals definitely will owe taxes on the big purses -- the horse that crosses the line first will get $1.63 million of the total $2.39 million payout --  they also get some help from Uncle Sam in getting the horses ready to race.

Horse-specific tax laws: Several tax incentives for horse owners were part of the extenders bill that was signed into law on Dec. 18, 2015.

The key component in the Protecting Americans from Tax Hikes (PATH) Act of 2015 for racehorse owners was the retention of the three-year tax depreciation period for horse purchases through 2016.

That provision has been a top legislative priority for the National Thoroughbred Racing Association (NTRA) since it first appeared in the 2008 farm bill.

Without the specific three-year write-off period for racehorses 24 months of age and younger when purchased and placed into service, horse owners would have to depreciate the animals' costs over seven years. The shorter depreciation schedule better reflects the length of a typical racehorse's career and is more equitable for owners, according to the NTRA.

"Owners and breeders can now invest with confidence knowing that this important tax incentive will be available for at least the next two years," said NTRA president and CEO Alex Waldrop after the bill was signed last December.

More business tax breaks extended: Horse owners also benefit from two other business provisions in PATH, bonus depreciation that is in effect through 2019 and the increased Section 179 expensing option.

The Section 179 expense amount is $500,000 with a $2 million threshold for qualified new or used property purchased and placed in service by small business owners.

Race spectator tips: Since most of us are race watchers, not thoroughbred owners, I'm closing with a look at the 2016 Kentucky Derby field.

I tend to spend more time flipping through the Internal Revenue Code instead of the Daily Racing Form, so my picks are based on such reliable things like the stable's silks or a horse's name.

Using those criteria, I'd love to go with Oscar Nominated since I'm also a big movie fan. But at 50-to-1, this pick is too steep even for me.

So, as a journalist, I'm picking Suddenbreakingnews with his slightly more favorable 20-to-1 odds.

It's a good thing there's not an off-track-betting parlor near me. I am, however, heading out to pick up a Powerball ticket before tonight's drawing of the $415 million jackpot. But that's another waste of a few dollars post.

If you want some more reliable handicapping tips on which horse to back, check out Bloodhorse.com's "That Handicapping Show." 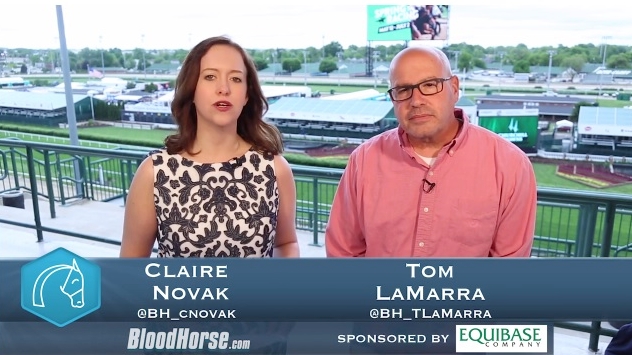 I hope your Kentucky Derby party is fun and that your horse has a good and safe race.

UPDATE: Nyquist won. The lesson: Always bet on the favorite!