It looks like Internal Revenue Service Commissioner John Koskinen is not going to have a good summer. 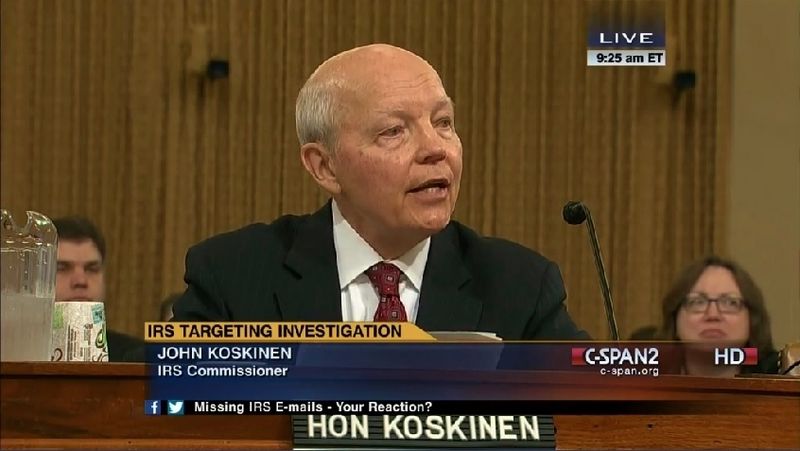 IRS John Koskinen testifying before one of many previous Congressional hearings he's attended during his tenure.

The House Judiciary Committee plans to hold two hearings to examine what committee leaders say is misconduct by the head of the tax agency. The first is scheduled for May 24. The second will be sometime in June, with the precise date to be named later.

The findings of the Judiciary panel could lead to impeachment proceedings against Koskinen.

With that potential goal in mind, it's no surprise that the May hearing will include testimony about the findings of the House Oversight and Government Reform Committee's investigation into Koskinen.

Oversight Chairman Jason Chaffetz (R-Utah) called for Koskinen's dismissal back in July 2015. When President Obama failed to act on Chaffetz's request to fire Koskinen, the Representative in October introduced articles of impeachment to remove the IRS chief.

At the June Judiciary hearing, outside experts (yet to be named) will be invited to comment on the findings presented in the May hearing. Those experts will be asked to weigh in on whether Congress should take further action against the commish.

Pre-hearing hiring questions: The Judiciary hearings come on the heels of questions Chaffetz recently raised after Koskinen announced to IRS staff that they would be getting some new coworkers to help out with tax enforcement.

In a letter to Koskinen, Chaffetz asked the commissioner to explain how the agency could afford the new hires since the commissioner regularly argues that the IRS can't do its job adequately due to Congressional underfunding.

Koskinen, in his written reply to Chaffetz, said that the money available for the new positions comes from savings due to "the increased attrition in our enforcement forces this year, along with efficiencies we have found since September, which have freed up enough funds in our enforcement account to allow for this hiring."

"The fact that officials at the IRS wielded their power to target certain Americans for their political views is both outrageous and contrary to our nation's values. Our government is supposed to work for all Americans, not for a particular partisan agenda. As a result of the IRS’ targeting, conservative groups were singled out across the nation, resulting in lengthy paperwork requirements, overly burdensome information requests, and lengthy, unwarranted delays in their applications.

"Despite repeated congressional efforts to get to the bottom of this matter, Obama Administration officials, including the IRS Commissioner, have consistently undermined the investigation. Over the coming weeks, the House Judiciary Committee will closely examine Commissioner Koskinen’s misconduct and the implications of his actions."

Goodlatte's statement referenced the Tea Party targeting scandal and the Republicans continued anger that no criminal charges were ever filed against any IRS official.

Little chance of Koskinen leaving: Expect Koskinen, who will be invited to give the Judiciary Committee his side of the story, at least during the May hearing, to be asked about that situation. During that fiasco, the IRS admitted focusing on some organizations based on perceived political leanings, both left and right, when the groups applied for nonprofit tax status.

Also expect the usual Koskinen vs. Congress fireworks that we've seen since he took over at the IRS in December 2013.

But don't expect Koskinen to be out of a job, even after the two House Judiciary hearings.

House Speaker Paul Ryan (R-Wis.) has made it clear that he believes the House should focus on other issues, both legislatively and politically.

And speaking of politics, in this crazy that is a presidential election year, and the particular crazy of the 2016 campaign that has roiled the GOP establishment, time is running out for action.

The second Judiciary hearing in June only gives the House about a month to act before it breaks for its annual August recess. Representatives will be back for all of September, but expect fiscal year issues to consume their time then before they break for all of October in preparation for the Nov. 8 election.