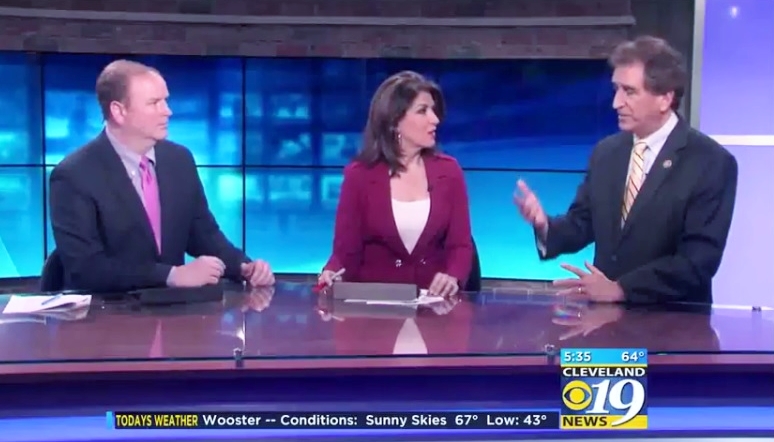 On Monday, May 16, Renacci watched as H.R. 3832, the bill based on his and his wife's bad filing experience, cleared the full House by voice vote.

In addition to talking with media in Ohio and elsewhere, Renacci testified in April about his tax ID theft experience before the House Ways and Means Committee, of which he is a member. Bill co-sponsors included his tax-writing committee colleagues John Lewis (D-Ga.), David G. Reichert (R-Wash.), Peter J. Roskam (R-Ill.) and Vern Buchanan (R-Fla.).

Already law: Since Renacci introduced his bill last year, he was able to get some parts of the Stolen Identity Refund Fraud Prevention Act into law earlier.

The bill's original provision requiring employers and other payers to send copies of W-2 and 1099 forms to the Internal Revenue Service by Jan. 31 made it into the tax and spending bill enacted in December 2015.

That truing up of the end-of-January tax doc deadline, which issuers of tax earning statements already had to meet in sending the info to workers, takes effect in 2017.

Awaiting addition to the tax code: But there are plenty of other tax identity theft tasks left to legislate.

The version of H.R. 3832 that passed by the House this week includes provisions calling for:

The House measure now heads to the Senate. In April, the Senate Finance Committee passed an identity theft bill that includes provisions similar to those in H.R. 3832.

Bipartisan praise: Renacci was understandably jazzed that all of his personally-inspired tax ID theft bill was OK'ed by the House.

"Tax-related identity theft is an evolving criminal activity that can happen to anyone. In fact, last tax season my identity was stolen and used to file a fraudulent tax return," Renacci said in a statement announcing the bill's passage. "Northeast Ohioans and taxpayers throughout the country deserve to have their hard earned dollars shielded from thieves. That is why I am pleased to see the House take this important first step to better safeguard taxpayer dollars and reduce the hardships caused by this criminal activity. I look forward to working with my Senate colleagues to ensure this bill is signed into law."

Co-sponsor Lewis, the ranking Democrat on the W&M Subcommittee on Oversight, shared Renacci's enthusiasm for the bill's passage and how it can help other ID theft, tax scam and tax fraud victims.

"We must do all we can to fight identity theft, return theft, fraud, and scams. In the last few years, the Taxpayer Advocate staff assisting my constituents in Atlanta, and the caseworkers working in my District Office have seen an alarming increase in scams targeting the American taxpayer," said Lewis in the joint statement. "H.R. 3832 responds to the real needs of real people. The Stolen Identity Refund Fraud Prevention Act of 2016 is a good, bipartisan, and timely legislative step in the right direction."