Tax scams that invoke the Internal Revenue Service get a lot of attention. That's understandable.

The tax code is complicated and the IRS is a source of fear for most Americans. That combination makes it easy for crooks pretending to be with the federal tax agency to scare us into paying them to resolve a purported tax bill.

But there are 43 other official government tax collectors out there, and crooks know that they also can use state taxes to scare us into sending them our money. 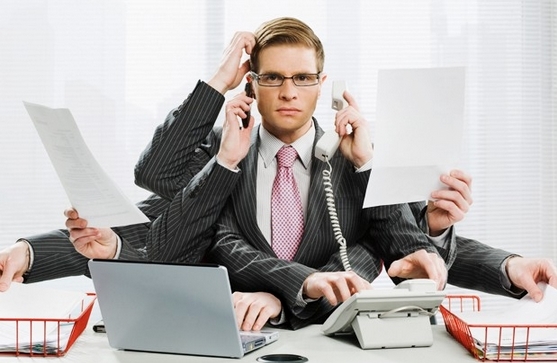 And entrepreneurs are especially easy tax scam targets at the more-local governmental levels.

Armed with that info, all the tax con artist has to do is send a notice to the new entrepreneur warning of a fake tax bill or lien. This fraudulent document typically will offer the small business owner the opportunity to solve the purported tax problem by simply sending the crooks money.

Unless your business is an accounting or tax service, chances are you tend to take the word of tax officials -- or those pretending to be tax officials -- when it comes to your tax responsibilities. That's understandable, although not necessarily the best way to operate, but that's a topic for another post.

The bottom line here is that the crooks know some small business owners will freak out when they get a tax notice ostensibly pertaining to their business. And those frantic entrepreneurs will simply do what they believe is the right and tax responsible thing and pay to clear up the fake tax bill. 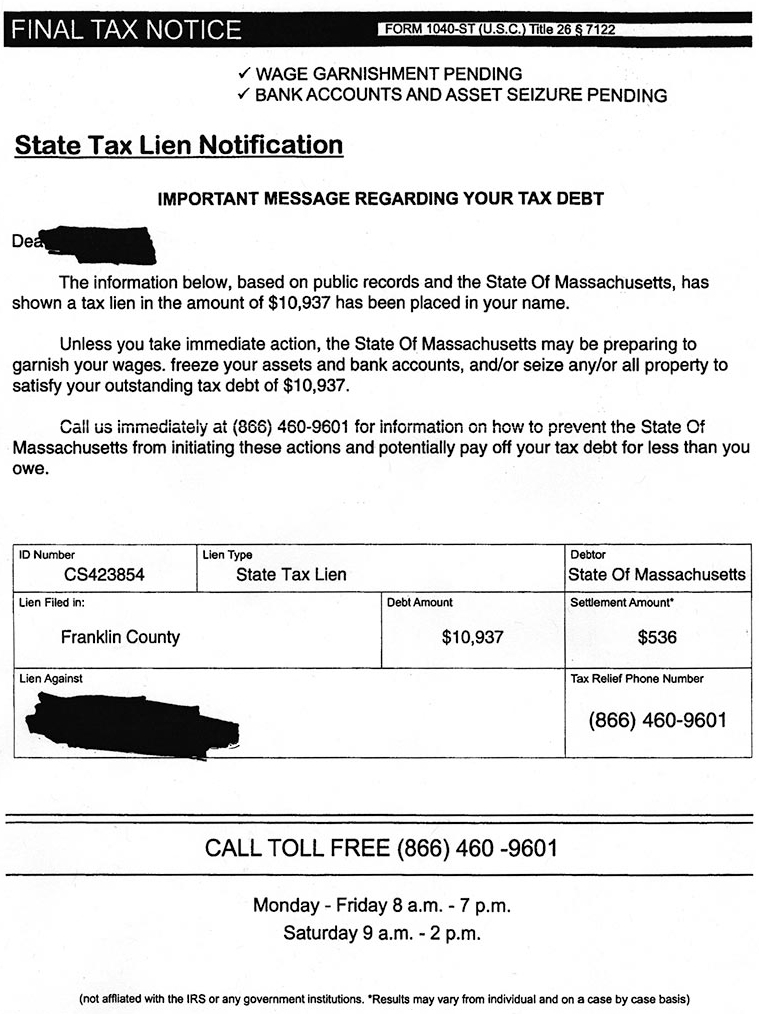 The Massachusetts Department of Revenue has seen enough of these fake tax collection efforts that it created a special online page to warn taxpayers. This is an example of a bogus tax notice that Bay State tax officials have posted as a warning.

Bad move, both from a business and tax standpoint.

Instead, if you have a tax adviser or attorney, take any tax notice to your trusted professional as soon as you get it. Your lawyer or tax expert should be able to allay any fears you have about a potential tax debt. And if you really do owe, let your attorney or tax pro take the lead in clearing up the matter.

3 ways to spot a fake tax notice: But so that you don't lose any more sleep -- you're stressed enough, what with all the 24/7 work you're doing to make your new business a success -- take a close look at any supposed tax notice or lien yourself before handing it off to your advisers.

If it's fake, you'll likely spot signs that indicate the supposedly official tax document is phony.

Here are 3 quick ways to check whether the letter you've received is a scam or a legitimate tax notice:

By being skeptical of tax notices, both at the state and federal levels, you can ensure that you don't become a tax identity theft victim. And you might be able to help tax investigators and other law enforcement officers catch some of these criminals.

Federal tax scam crooks caught: As I noted last this week at my other tax blog, a call to a fraud hotline helped federal agents on May 23 nab some individuals who allegedly had been stealing from taxpayers using the pervasive IRS impersonation scam.

Those 5 arrested in the IRS telephone tax scam are charged with stealing almost $2 million from more than 1,500 victims.

Also over at Bankrate Taxes Blog last this week, I looked at a former Romanian king who's seeking a property tax exemption for his castle.

Go ahead. Insert your own "a man's home is his taxed castle" joke here.

The 94-year-old former monarch disputes that tax amount. Plus, argues Michael, he should be exempt from the property tax under the country's law that provides such tax relief to military veterans like him.

I usually post my additional tax thoughts over at Bankrate on Tuesdays and Thursdays. This week, however, with folks wanting to get an early start on the long Memorial Day holiday, I posted on Wednesday.

Regardless of when my posts there go live, you can find highlights here at the ol' blog the following weekend. Or when I want to get a jump on the weekend, too, during that same week.

Thanks for sticking around this Friday to check in. Now go on, get outta here and start enjoying your three-day weekend!