You rang? IRS was better at answering in 2016

A big reason for that was this year's improved taxpayer telephone service. 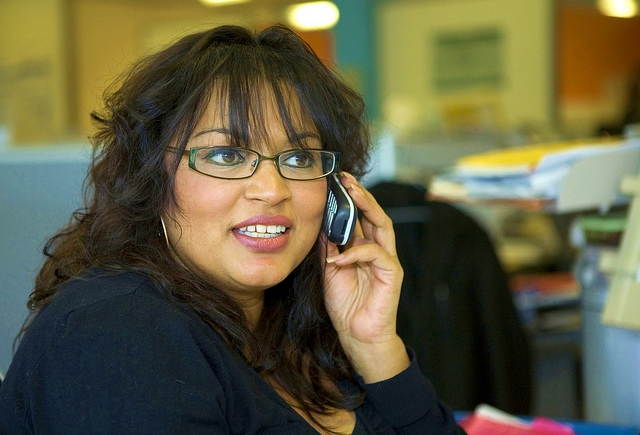 "So far this filing season the telephone level of service is nearly 75 percent, which is a vast improvement over last year," IRS Commissioner John Koskinen told the House Ways and Means Oversight Subcommittee during an April 19 hearing to assess the just-completed filing season.

The commish is right about the dramatically better phone help.

Twice as good: In 2015, the IRS telephone tax help was dismal, eventually coming in at a mere 37 percent.

That means that last year, almost two-thirds of callers didn't get through to IRS' phone representatives.

In 2016, though, three-quarters of callers were able to get through to the IRS for phone help.

The improvement in picking up the phones this year not only made taxpayers and the IRS happier, the 75 percent response rate earns this week's By the Numbers honors.

Added reps, speedier answers: Why did things turn out so much better for IRS callers this year? More money for more filing season help.

Last year, Congress allocated $178.4 million in additional funding specifically so that the IRS could hire about 1,000 extra temporary employees to help out on the agency's seasonal toll-free telephone lines.

And apparently, this year's phone reps did a bang-up job.

Phone wait times during the 2016 filing season were much shorter than in the prior year, according to Jessica K. Lucas-Judy, Acting Director of Strategic Issues with the Government Accountability Office.

The average wait time to speak to an IRS phone help agent dropped for 24 minutes in 2015 to 10 minutes this filing season, she told the tax-writing subcommittee. 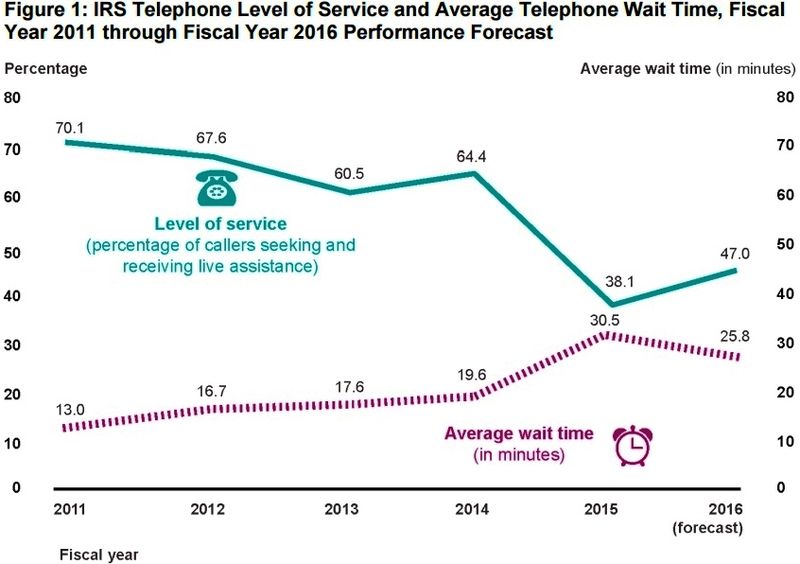 Back to reduced help: But if you got an extension to file and plan on calling the IRS for help, lower your expectations.

Koskinen also warned the Ways and Means members that once the temporary workers are gone, "the level of service on our phones will drop noticeably and we expect average phone services levels for the full year to be about 47 percent."

Still, that's around 10 percentage points better that last year's toll-free telephone service. But it's far from good. Heck, it's far from acceptable.

That's why the GAO says, once again, that the IRS needs a comprehensive customer service strategy.

Long-term service plan: The IRS provides a range of taxpayer services beyond processing returns and issuing refunds. And to complete those added jobs, the agency connects with individuals through telephone calls, written correspondence and the IRS.gov website.

The agency's phone service is the area that prompts the most complaints. That's no surprise, since it generally is the closest that most taxpayers get to the IRS.

But the correspondence component also is critical to both the IRS and taxpayers. In its 2016 filing season report completed in connection with the Ways and Means, GAO notes:

In addition to answering telephone calls, IRS responds to millions of letters and other correspondence from taxpayers. In 2015, we reported that the percentage of correspondence cases in IRS' inventory classified as "overage" -- cases generally not processed within 45 days of receipt by IRS -- has stayed close to 50 percent since fiscal 2013. Minimizing overaged correspondence is important because delayed responses may prompt taxpayers to write again, call, or visit a walk-in site. Moreover, an increasing overage rate could lead to more interest paid to taxpayers who are owed refunds.

The GAO has for years been calling for a comprehensive strategy to integrate all its taxpayer contacts and services. It looks like it is finally getting its wish.

The IRS is focusing on its Future State initiative, which it says should provide better taxpayer service through multiple channels.

And just this month, according to the GAO report, the IRS said it has established a team to consider the oversight organization's prior recommendations in developing a comprehensive customer service strategy and/or goals for the IRS' telephone assistance operation.

Will the IRS pull together a new customer service plan by the 2017 filing season? Will Congress give the agency more money, either temporarily or via a fiscal budget increase to improve taxpayer interactions?

Right now, odds are against either of those things happening. But you can be sure that the IRS and other agencies calling for improvements to the tax collection office's operations will keep trying.

Nice post about IRS. This is a great information and helpful too.