Timing is everything. Just ask all the Texans coping with the aftermath of recent spring storms and the unfortunate timing of the state's first storm-related tax holiday. 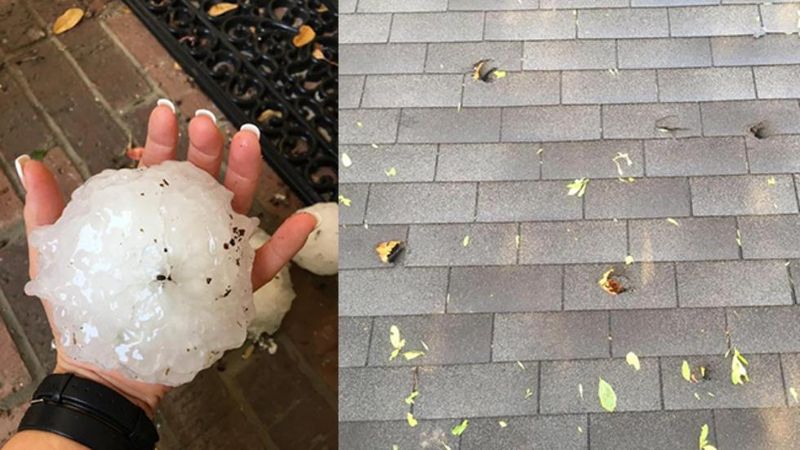 Hail and its damage in Wylie, Texas, earlier in April. (Photos by Mary Ann Olson, left, and Wes Stephens, right, via The Weather Channel)

On April 11, the Dallas-Ft. Worth areas was pummeled by storms, some of which produced softball size hail. Law enforcement agencies, media outlets and insurance companies were inundated with reports of shattered car windshields, broken windows in buildings and even holes in roofs.

The next night, hailstones larger than baseballs pounded the San Antonio area.

And this week, portions of Central Texas and the Houston area were flooded after a series of storms dumped almost two feet of rain on some areas. The rising waters in Houston not only were historic and affected the annual federal filing deadline, they also were deadly.

Bad tax holiday timing: All the anger unleashed by Mother Nature probably has Texas officials wishing they could turn back time, not only to help those who sustained damage in the recent wild weather, but also so they could move up an upcoming sales tax holiday.

The sales tax holiday was approved by lawmakers during the 2015 Texas Legislature. It's timing was based on prior weather patterns.

"The severe weather, fire and flooding we had last year provided a stark reminder that Texans should be prepared for any emergency," said Texas Comptroller Glenn Hegar in announcing the holiday earlier this month. "This tax holiday allows people to save money while ensuring they have the supplies they need if disaster strikes."

More storms to come: It might be too late for thousands of Texans who've already endured damaging weather this month, but one thing's for sure: there will be more storms across the state.

May is active thunderstorm season, some of the cells spawning tornadoes. And residents of and near the more than 3,300 miles of Texas Gulf Coast beaches and assorted shorelines along islands, bays and river mouths are always on guard during hurricane season, which officially starts June 1.

Storm prep tax-free shopping list: To help folks prepare for all the potential storms, during the April 23 to 25 tax holiday, retailers will not collect sales tax on a variety of items.

There's no limit on the number of qualifying items you can purchase.

The Comptroller's office estimates shoppers will save $1.4 million in state and local sales taxes during the tax holiday.

However, there are some items that still will be taxed. These include:

Check the Texas Comptroller website for details on the emergency preparation supplies that are -- and aren't -- tax-free during this holiday.

And stay safe out there, people! You never know when and how hard Mother Nature might strike.