To be, or not to be, a tax cheat, that is the question that William Shakespeare might have asked himself.

It seems he answered, "To be." 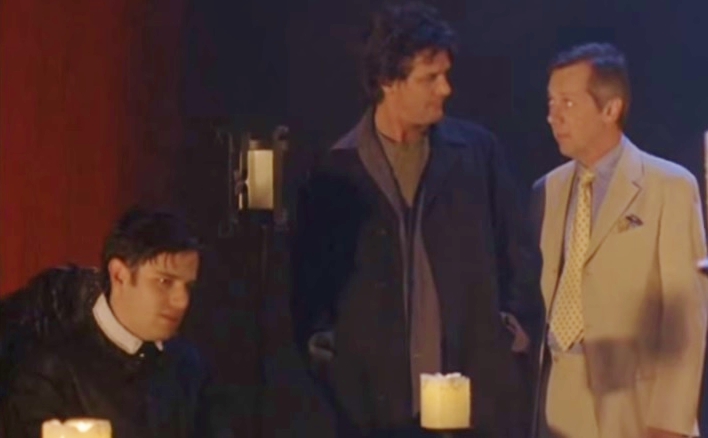 One version of Hamlet's soliloquy from season one of the brilliant Canadian comedy/drama "Slings and Arrows."
Click image to watch the full clip on YouTube.

In commemorating the anniversary of The Bard's death today — which also, according to scholars, is his birth date — we rightly celebrate his literary genius.

But he also was a mere mortal. And as such, according to research from Aberystwyth University in the United Kingdom, Shakespeare was prosecuted for evading taxes and for hoarding grain during a famine and then reselling it at inflated prices.

"There was another side to Shakespeare besides the brilliant playwright -- as a ruthless businessman who did all he could to avoid taxes, maximize profits at others' expense and exploit the vulnerable -- while also writing plays about their plight to entertain them," study co-author Dr. Jayne Archer told The Sunday Times (via The Telegraph) when the research was released in 2013.

Shakespeare's ability to, shall we say, multitask apparently allowed him to retire early as wealthy man. The study notes:

"By combining both illegal and legal activities, Shakespeare was able to retire in 1613 as the largest property owner in his home town, Stratford-upon-Avon. His profits -- minus a few fines for illegal hoarding and tax evasion -- meant he had a working life of just 24 years."

Hmmm. I guess Shakespeare was writing what he knew in Coriolanus when he penned, "They ne'er cared for us yet: suffer us to famish, and their store-houses crammed with grain."