The estate planning world is stunned by the news that Prince passed away without a will. 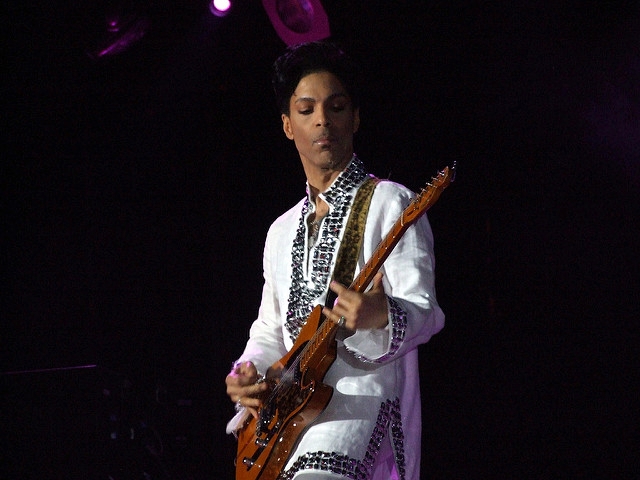 Prince performing at Coachella in 2008. Photo by Scott Penner CC BY-SA 3.0 via Flickr and Wikimedia Commons

While lots of folks delay officially putting their final wishes on paper, the wealthiest among us, which definitely included The Purple One, tend to have a phalanx of advisers to take care of their money, including how it will be dealt with once they're gone.

Such professional financial and tax advice is critical, especially if you have a lot of money and/or live in a state with its own estate and/or inheritance taxes.

Most estates aren't large enough to be affected at either the state or federal level. And most states don't have their own death-related taxes (more on that in a minute). But you need to be sure and plan accordingly or pay the price.

Intestate issues: Various financial and celebrity sites have estimated that Prince was worth around $300 million when he died. That amount covers not only the musician's real property, but also his brand, which includes his record label and thousands of unreleased songs. And the estate is expected to grow as sales of his music have exploded since his death.

Since he had no will, known in legal lingo as dying intestate, who's in control of all that now?

The late pop star was not married and had no living children or parents who could potentially inherit the millions. Tyka Nelson is Prince Rogers Nelson's only full sibling; he has five half-siblings.

If Prince really had no will or other estate-planning strategy such as a trust in place, then Minnesota law, which will have a large say in the handling of Prince's intestate estate, calls for the property to be divided equally among those sisters and brothers.

State, federal tax costs: But before they get their shares, they'll have to deal with, among other things, the costs to the estate under the tax codes of both Minnesota and Uncle Sam.

At the federal level, Prince's estate faces a potentially huge tax bill. After exempting $5.45 million from federal taxation, the remaining $294.55 million (we're running the down and dirty numbers based on the $300 million total value estimate) would be taxed at 40 percent. That comes to almost $118 million.

The Land of 10,000 Lakes has its own estate tax, which in 2016 exempts $1.6 million from state taxation. If the remaining estate value exceeds $10.1 million, then it faces a top state estate tax of 16 percent. That would come to a state estate tax bill of $46.4 million.

So the estate would owe a combined state and federal tax bill of $164.4 million. That comes to, again combined, an estate tax rate of almost 55 percent.

Thanks to Mary O'Keeffe for noting that Minnesota's estate tax is deductible from the taxable estate subject to federal taxes, which mitigates the total tax due somewhat. Every saved tax dollar counts even -- or maybe especially! -- when you're rich.

It's also why you need to hire a tax pro who knows the ins and outs of federal and state estate and inheritance laws.

The good news for Prince's heirs and other Minnesotans is that their state does not have an inheritance tax. Heirs and beneficiaries inherit property tax-free. However, when someone inherits a retirement account, those assets are taxed as they are withdrawn.

Estate, inheritance taxes nationwide: Minnesota is not alone in not having an inheritance tax. As the map below created by The Tax Foundation shows, most states don't. There's one update to the map since it was created. It shows 2015 estate and inheritance tax laws. Tennessee's estate tax ended on Jan. 1, 2016.

The Volunteer State now joins the majority of states that don't collect estate taxes. Following the elimination in 2005 of the federal estate tax credit for states, most of the states that piggybacked off that federal credit simply let their estate taxes lapse.

For folks who don't have their glasses handy or who are reading this on a small handheld device, here are the 15 jurisdictions that decoupled from the federal estate tax and still collect tax on estates of varying values:

And here are the six states with an inheritance tax:

You'll note in comparing the two lists, Maryland and New Jersey are the only two states that collect both types of death-related taxes.

You and your heirs might want to consider that in making your much, much later years' relocation plans.