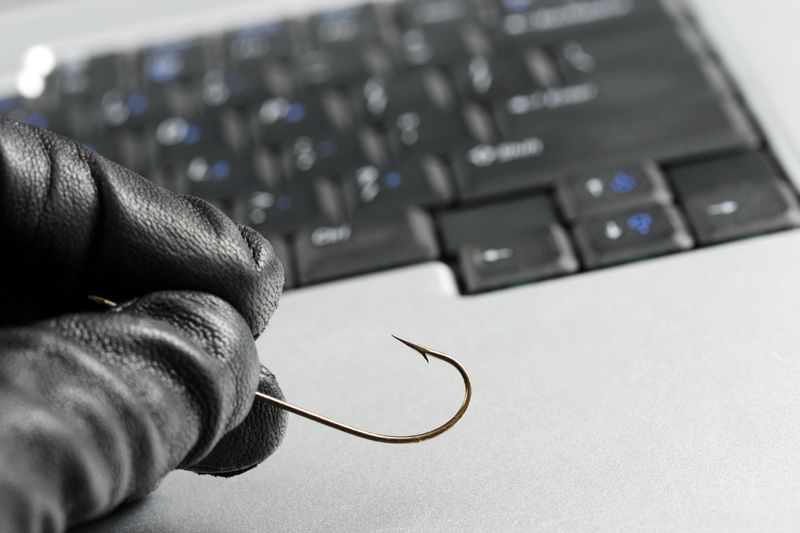 The 2016 tax-filing deadline is just days away and new phishing scams are popping up.

Just last month they did so symbolically, pretending to be members of the Taxpayer Advocacy Panel, a group dedicated to helping taxpayers get better service from the tax agency. They used TAP's good reputation in phishing emails to try to convince unsuspecting recipients to reveal personal tax information.

Now tax identity thieves literally are targeting folks living in the national capital area. The IRS' headquarters is in Washington, D.C., and many of its employees live in the Maryland and Virginia suburbs.

National Capital area targeted: In this latest phishing scam, the IRS says the crooks are sending emails to folks who live in the greater D.C. area claiming that they need the recipients to verify the last four digits of their Social Security numbers by clicking on a link in the email.

That tax identification info, say the crooks, will help them resolve a tax fraud situation.

In addition to specifically stating that the current email con applies to tax filers in the District of Columbia, Maryland and Virginia, the crooks also suggest that information from recent data breaches across the nation may be involved.

In reality, though, the crooks are looking for those identification numbers to commit additional fraud.

Tougher IRS, sneakier tax crooks: Despite concerted efforts this year to at least slow tax identity theft, the crooks keep on working every angle they can find or create.

In fact, during the first three months of the 2016 filing season, the IRS says it The IRS has seen an approximate 400 percent surge in incidents of phishing and malware delivered by criminal links in those fake tax emails.

Don't expect the scam pace to slow down as we head into the tax-filing home stretch.

“As we approach the final days of this filing season, we continue to see these tax scams evolve.” says IRS Commissioner John Koskinen. “We don’t send emails like this, and there’s no special effort underway for people in the District, Virginia and Maryland. As these criminals shift their tactics, the IRS remains committed to quickly warning the taxpayers who may be targeted. Taxpayers should be on the lookout for these scams."

Bill aims to send crooks to jail longer: In addition to IRS efforts to stop tax identity theft attempts and prosecute the crooks when they catch them, Congress also is looking to get tougher on this growing crime. 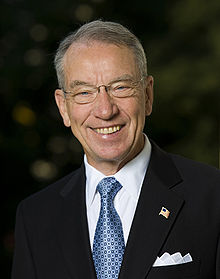 The Tax Return Identity Theft Protection Act of 2016 strengthens penalties for identity thieves, establishes enhanced sentences for crimes against vulnerable and frequently targeted groups, and clarifies the state of mind proof requirement that has created an obstacle to holding some identity thieves accountable.

"Tax refunds can be a silver lining for many Americans during tax season, but they’ve also attracted the attention of fraudsters and identity thieves," said the Grassley (R-Iowa) in a statement announcing his tax identity theft bill. "The crime is costing Americans billions of dollars annually, and can take many months to correct.  My bill discourages this unscrupulous behavior by increasing penalties, especially when the victim is particularly vulnerable."

More punishment for specific tax crimes: Grassley also wants tougher judicial penalties when the stolen identity is that of a special targeted group.

The most-vulnerable and/or targeted tax ID theft victim categories, according to Grassley's bill, are:

In a move that will please prosecutors, Grassley's bill also would amend the Internal Revenue Code to clarify that in an identity theft case where a defendant "knowingly" uses "a means of identification of another person" with the intent to commit a crime, the government would not be required to prove that the defendant knew the means of identification was of another person.

High price of tax ID theft: Grassley says he introduced the Tax Return Identity Theft Protection Act of 2016 because of the crime's cost to both taxpayers and Uncle Sam.

Identity thieves successfully stole $5.75 billion in fraudulent tax refunds in the 2013 tax year, according to Internal Revenue Service (IRS) estimates, with another $24 billion in theft that was prevented. Taxpayers whose returns were compromised wait 278 days on average for the account to be corrected and their return reissued.

Making matters worse, tax fraud victims face lost time and dollars. The IRS estimates that it takes 278 days for the victim taxpayer to have his or her tax account corrected and refund reissued. Overall, identity theft victims spend on average six months and $1,300 to correct their records.