Considering marijuana and taxes on 4/20

There are many nicknames for marijuana. Weed. Pot. Mary Jane. Cash cow.

OK, that last one isn't an official moniker for pot. But it is how many state legislators see the mood altering herb.

And it could be a reason why 4/20 could one day be celebrated nationwide. 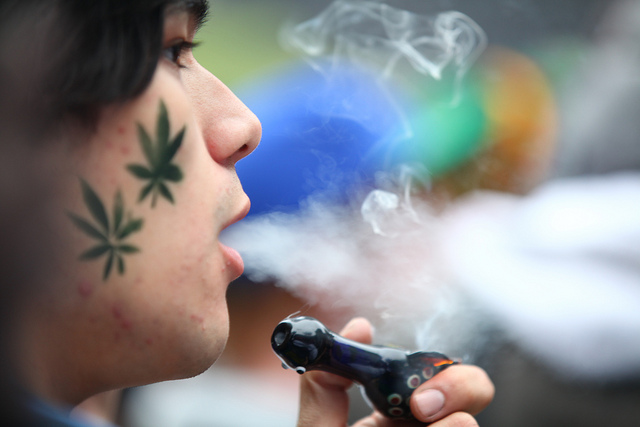 Pot's tax payoff: Nearly $700 million of medical and recreational marijuana was sold in Colorado, one of the first states to legalize recreational use of pot, in 2014.

Data through last November shows that the 2015 numbers have already passed the 2014 mark, with nearly $895 million in sales.

Tax dollars from those sales of recreational marijuana flow into the Colorado Treasury thanks to three types of levies:

Lawmakers continue to monitor and/or hash out the details on taxation of grass (as well as battle to make sales, not just pot use, legal in the District of Columbia) in those states.

Similar tax issues also are involved in the 24 states and D.C. where medical marijuana is legal.

And the pot and tax considerations could dramatically increase this year. As many as 20 states could have some type of marijuana legalization -- or legal expansion in some places -- question on ballots this November.

Tax collectors interested: In addition to the support from folks who simply enjoying kicking back with a bong or rolled marijuana cigarette, support for legalized marijuana also is expanding to government money counters.

Forty-five states levy general sales taxes. However, notes a 2015 report from the Institute on Taxation and Economic Policy (ITEP), in most of those states the "illegal and unregulated nature of marijuana has resulted in it being sold entirely outside of state sales tax structures."

How much marijuana money is exchanging hands tax-free?

If states and, in some places, local tax jurisdictions could collect on pot sales and production, they'd add much-needed dollars to their treasuries.

Plus, there are the taxes on all the goodies that stoners consume post-inhalation.

Uncle Sam's opposition: There still are many issues beyond taxes -- social acceptance or objection, federal drug law coordination since pot remains illegal in Uncle Sam's eyes even in states where its use is not against the law -- to be worked out before April 20 becomes a national holiday.

But right now, it's looking more like a matter of when, not if, marijuana use will be formally sanctioned all across the United States.

Do you live in a state where some type of marijuana use is legal? Do you support legalization of pot? Are or would you be willing to pay more thanks to taxes for legal marijuana?

Why 420? There are myriad theories as to why 420, which translates easily to 4/20 or April 20, is the day adopted by marijuana aficionados to show/share their love of the plant.

The one that rings truest is that back in 1971 a group of San Rafael, California, high school students decided to get together at 4:20 p.m. to smoke a joint after after-school sports activities.

The five teenagers, who dubbed themselves The Waldos, reportedly met regularly at that time by school's statue of Louis Pasteur. 420 soon became code for taking a toking break.

And as fate would have it, The Waldos' fortuitous open access to Grateful Dead parties and rehearsals meant that 420 also spread quickly among the counter-culture bands' fans nationwide as pro-marijuana code.