Happy Earth Day 2016. April 22 marks the anniversary of the birth in 1970 of the modern environmental movement.

For farmers, however, every day is earth day, says Naomi Starkman, founder and editor in chief of Civil Eats, a news outlet that focuses on sustainable agriculture.

"Farmers work every day to care for the Earth and steward the land that sustains us," writes Starkman in an opinion piece for MSNBC. 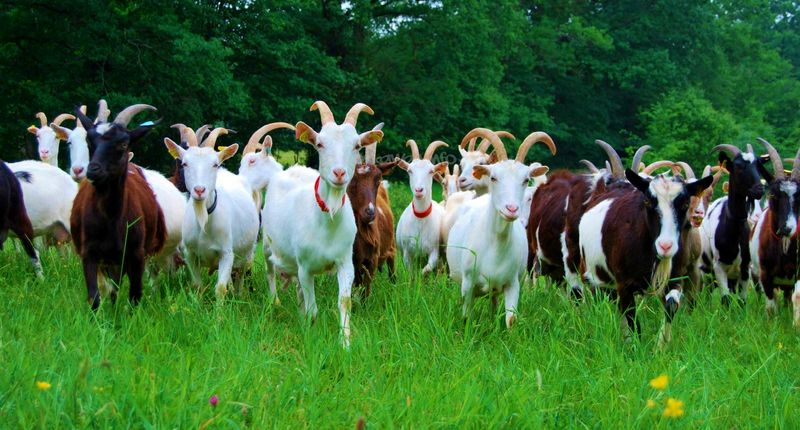 And it's hard to see The Donald in overalls tilling a field.

But he does qualify for an agricultural tax break in New Jersey that saves the Republican presidential nominee frontrunner tens of thousands of dollars in property taxes on two Garden State golf courses.

Trump's farming tax break: Thanks to a small goat herd, along with hay farming and wood cutting, Trump's golf clubs in Bedminster and Colts Neck both receive the state's farmland tax break.

The benefit reduces the property taxes on the part of the land devoted to agriculture, according to the Wall Street Journal.

Let that picture roll around in your head for a minute. Donald Trump, goat herder.

"This is a good example of Donald Trump farming the government," Jeff Tittel, director of the N.J. Sierra Club chapter, told the business newspaper.

Celebrity farmers abound: This isn't the only instance where Trump has looked to local laws to lower taxes on golf courses. He recently sought a 90 percent tax reduction on a neighboring New York golf club.

And The Donald is not the only celebrity who's taken advantage of New Jersey farm-related tax subsidies.

According to the WSJ report, Trump "continues a long tradition of famous and wealthy property owners who have benefited from the farmland assessment program, which was written into New Jersey’s constitution in 1963 to prevent overdevelopment in the state with the highest population density in the U.S."

A few years ago, Tom Cruise and other Hollywood compatriots caught flak for lowering property taxes on their Colorado real estate holdings thanks to "agricultural designations on land they own even though they personally have little or nothing to do with producing food."

Hated but hard to change: Efforts continue at the national and state levels to cut city slickers' access to the agricultural subsidy trough.

But the ag lobby is powerful. And even if the tax breaks protect folks who really aren't farmers, the argument that any restrictions could lead down that proverbial slippery slope and ultimately hurt real farmers is convincing to many lawmakers at all levels.

I'm not sure The Donald even knows about his greens-grazing goats. But once he finds out, I'm sure we'll see Trump-branded goat cheese in our grocery stores.