Tom Brady could be sitting out the start of the 2016 National Football League season. 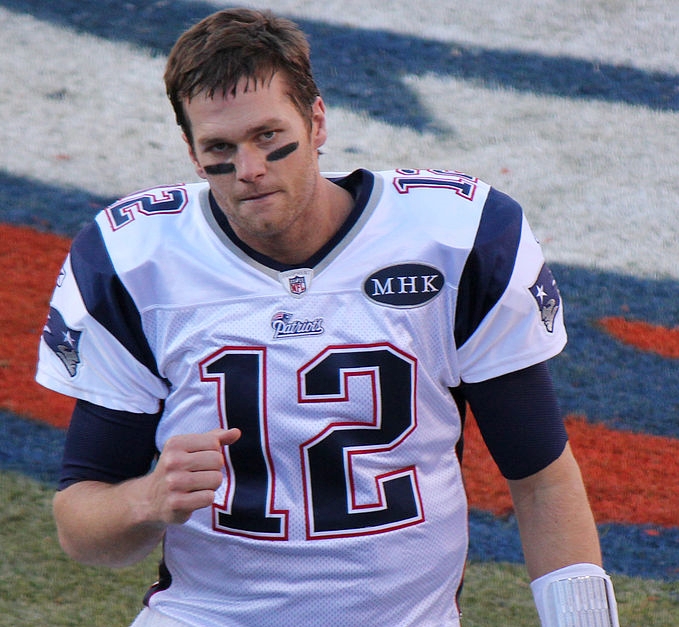 Tom Brady taking the field in Denver Colorado, on Dec. 18, 2011, as the Patriots and Broncos were about to play. Photo by Jeffrey Beall (Own work, CC BY-SA 3.0) via Wikimedia Commons.

If the star quarterback does miss the first four games of the 2015 NFL season in connection with Deflategate, he won't be alone in paying the price. Tax collectors in Arizona and Massachusetts also will be out some money.

Commissioner vindicated: This morning, the U.S. Court of Appeals for the Second Circuit issued a 2-1 ruling that reinstated the New England Patriots quarterback's four-game suspension for his role in Deflategate.

You remember the scandal. All those NFL footballs that had their air pressure reduced during the Jan. 18, 2015, AFC Championship Game, apparently to the level preferred by Brady. The Patriots beat the Indianapolis Colts that day and went on to again win the Super Bowl.

The NFL's investigation subsequently determined that Brady played a role in the footballs' deflation. NFL Commissioner Roger Goodell then suspended Brady for the first four games of the 2015 regular season.

Brady, with the backing of the National Football League Players Association, appealed the suspension in federal court where they raised the question of the NFL commissioner's authority to impose such sanctions.

Today's ruling says the commish does have that right and power. The two judges who sided with the NFL said:

We hold that the Commissioner properly exercised his broad discretion under the collective bargaining agreement and that his procedural rulings were properly grounded in that agreement and did not deprive Brady of fundamental fairness.  Accordingly, we REVERSE the judgment of the district court and REMAND with instructions to confirm the award.

The NFLPA and Brady could appeal to the full Second Circuit panel and theoretically to the Supreme Court, but most sports observers doubt that they'll continue the court fight. The decision might depend on what the NFL does next.

The NFL has not yet announced whether it will re-impose the now court-approved punishment. In February, Goodell refused to speculate on what the professional football league would do if it won the appeal. "We'll let the outcome be dictated by the appeals court," the commissioner said. "When it happens, we'll deal with it then."

Missed games, missed money: So let's assume, which I know is risky, that Brady and the union give in and the NFL says Brady can't play for a while this fall.

In that happens, he'll miss the Patriots' season opening road game against the Arizona Cardinals, and then three home games against the Miami Dolphins, Houston Texans and Buffalo Bills.

The court appeal, however, has saved Brady millions.

Barry Petchesky notes in an article for Deadspin that Brady's recently renegotiated contract with the Patriots "is especially aggressive in backloading Brady’s salary, and converting salary to bonus money. So much so that Brady will only be paid $1 million in salary in 2016 — the pay cut being more than compensated for with a whopping $28 million signing bonus."

What that means in terms of lost income due to a suspension is significant. Petchsky elaborates:

While that pay reduction might make a suspension this season more tolerable for Brady, states that collect jock taxes must forgo taxes they would have collected if the four-time Super Bowl winner played.

States out tax money: Arizona and Massachusetts, the sites of the Patriots' first four games of 2016, collect income taxes. And that includes jock taxes, the state and sometimes city or county levies on professional athletes that play at stadiums and arenas within their borders.

The Bay State, however, will face a bigger tax loss. Since Brady, his supermodel wife Gisele Bundchen and their family settled last fall into a Brookline, Massachusetts, mansion, they face the state's 5.1 percent flat individual income tax rate on all their earnings.

While losing around $9,000 in taxes on the $176,470.50 Brady won't get for missing three home games doesn't sound like much, state tax collectors are always scrapping for every penny they can get. So I suspect that Massachusetts officials aren't happy about having to give up any of their part of Brady's money.

Maybe Arizona and Massachusetts tax departments will go to bat (sorry for mixing my sports references) for Brady in his reported talks with Goodell to ease the suspension.