Donald Trump has turned to taxes to divert attention from his restrictive, then recanted, comments on women's reproductive rights. 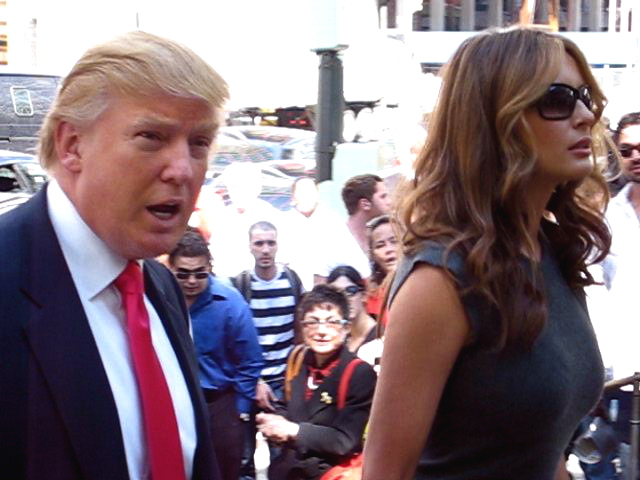 I hate to help him out, but taxes.

Trump's campaign website has posted a letter from a couple of his attorneys addressing the audit of his federal tax returns.

"Your personal tax returns have been under continuous examination by the Internal Revenue Service since 2002, consistent with the IRS's practice for large and complex businesses."

Yuge deals, tax issues: The letter goes on to note that the vastness (yoooge!) of Trump's businesses. He "holds interests as the sole or principal owner in approximately 500 separate entities" that are "collectively referred to and do business as The Trump Organization."

The yuge number of transactions, deals and new enterprises in which Trump's businesses are engaged every year mean, according to Dillon and Nelson, that his "personal federal income tax returns are inordinately large and complex for an individual.

OK. We get it. The Donald has yuge tax returns for his yuge business interests.

Audits closed, but not really: The Trump attorneys, who say they are "familiar with the status of [Trump's] U.S. federal tax returns for all tax years from 2002 forward," do tell us that IRS audits for tax years 2002 through 2008 "have been closed administratively by agreement with the IRS without assessment or payment, on a net basis, of any deficiency."

Good for The Donald. He didn't cheat on his taxes those years.

Can we now see those returns? Uh, no.

IRS examiners are still looking into Trump's tax returns for the 2009 tax year "and going forward," says the letter.

And those subsequent filings involve transactions and activities that were reported on the earlier, now audit-cleared, returns.

That connection, say Trump's attorneys, that makes the pending tax audits "continuations of prior, closed examinations."

On the advice of my attorneys…: I'm not a lawyer and I've never played one on TV or in any other forum, but it sure looks like the letter was created to give the Republican presidential nominee front-runner ostensible legal cover to not release any of his returns.

All the audits, closed and pending, are all related, so says the letter, so even the returns that the IRS is officially through perusing are not really closed.

And Trump is insistent, despite calls from the public, media, other candidates and even a former IRS commissioner, that he won't make public his returns until all IRS audits are completed.

Now what was it that Shakespeare said about lawyers?